Champions final, Mansour pays the trip to the City fans

There will be six thousand for a historic moment, the team's first final on 29 May in Porto against Chelsea 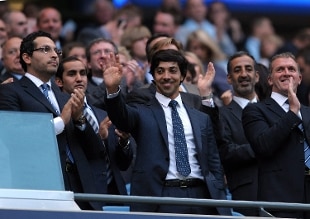 May 18, 2021 Manchester City owner Sheikh Mansour has decided to pay the trip to the 6,000 fans who will follow the

on May 29 in Porto for the Champions League final against Chelsea. "Manchester City FC - reads the club's official website - announces that His Highness Sheikh Mansour will finance the flight and transfer costs for the Club's official trip to the Champions League final in Porto at the end of the month. Thousands of supporters of the City will benefit from the initiative designed to alleviate financial pressure on fans who have faced - and are still facing - difficult circumstances due to the impact of the Covid-19 pandemic. "

"Aware of how the pandemic - the note continues - has affected all Manchester City fans and has created an increase in travel costs, Sheikh Mansour has tried to remove the most significant financial obstacle for fans attending the final. The inflated costs of Covid, combined with the necessary but expensive PCR tests, would have made the journey to the final unmanageable for many of those backers lucky enough to get a ticket. Due to the necessary Covid-related restrictions in place, most fans who wish to attend the Club's historic first final are required to do so on a 24-hour journey, which means that His Highness's initiative will finance the transport of several thousand City fans on the official travel package on the day of the final. "

The company also announced that any further organizational detail on the initiative will be clarified in the next few hours.

The sheikh himself then explained the reasons that prompted him to take this initiative: "Guardiola and the team - we read on the Manchester City website - have experienced such an extraordinary season and reached the Champions League final after a very long year. challenging is a truly historic moment for the Club. It is therefore incredibly important that as many fans as possible have the opportunity to attend this special match. Especially those who have supported Manchester City in good and bad times for so many years. " .