Last year, there was a marked increase in damage to Scanian bus shelters and train stations. The bill now totals SEK 12 million. The worst is in Helsingborg. 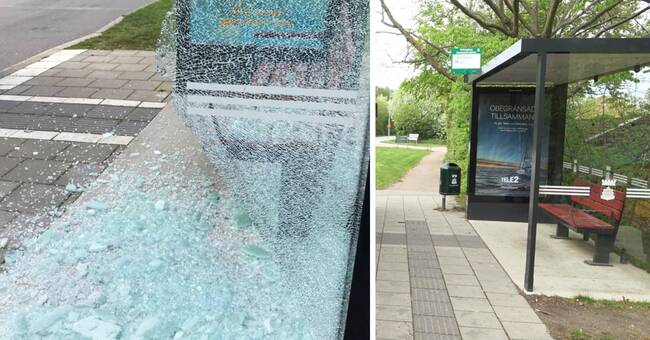 In total, Skånetrafiken had to sweep up 75 tonnes of broken glass from broken bus shelters last year.

Second on the list is Kristianstad with 106 such incidents and in third place is Malmö with 138 cases of broken bus shelters.

Compared with the year before, this is a marked increase.

But train stations, not least ticket machines, are also exposed to vandalism and graffiti.

There, the Scanian damage list is topped by Maria station in Helsingborg.

The costs are also increasing.

Henrik Nyström, head of risk and safety at Skånetrafiken, believes that the pandemic is part of the explanation for the increase.

- More people are at home and do not move out on the streets and squares, so social control is reduced.

Skånetrafiken is now testing a new plastic material instead of glass in selected bus shelters, including in Helsingborg.

In the video above, Henrik Nyström tells more about the problem and Helsingborgers tell how they view the damage.