A multi-million investment in a biogas is currently in full swing in Karlstad. In the demonstration plant that Karlstad Energi will build, it intends to use an already existing wood chip boiler together with a reactor. - A very interesting project for the whole of Sweden, says production manager Linda Östberg. 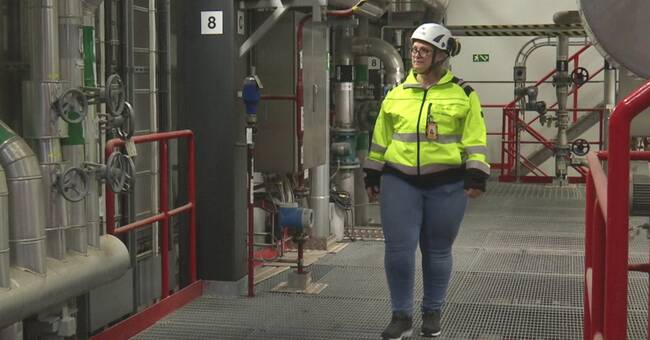 Start the clip in the player to see how the plant should work - and the existing chip boiler should be able to deliver hot sand to a reactor where wood fuel is supplied which is gasified.

So much has been invested in the demonstration plant that Karlstad Energi is currently working intensively on.

It is about producing biogas which can then be further processed into, among other things, fuel and energy gas.

- I want to use the plant we have to turn on this reactor and in this way get out, for example, biogas and use it for start-up fuel, says Linda Östberg, production manager at Karlstads Energi.

Hopes for a factory

The three-year project is paid for in equal parts by the Karlstad-based company Bioshare and the Swedish Energy Agency.

At Bioshare, there are hopes that the project, if successful, can mean a step closer to a factory adjacent to Hedenverket in Karlstad.

According to CEO Christer Gustavsson, there are currently just over a hundred district heating boilers in Sweden where the technology could be installed.

- With this technology, we could produce compensation for fossil fuel oil and gas. In addition, biofuels and renewable aviation fuel, says Gustavsson in a press release.