In and out of Gaza: media caught up in Hamas / Israel escalation - France 24

In and out of Gaza: media caught up in Hamas / Israel escalation Jerusalem (AFP) Media offices sprayed with unverifiable thesis of "manipulation" to make believe the presence of Israeli soldiers in Gaza: military escalation between Hamas and Israel recalls the adage that the truth can be the "first victim " of the war. Uprising of combat on Saturday afternoon in Gaza. The owner of the Jala Tower, a building housing the local offices of the Qatari channel Al-J 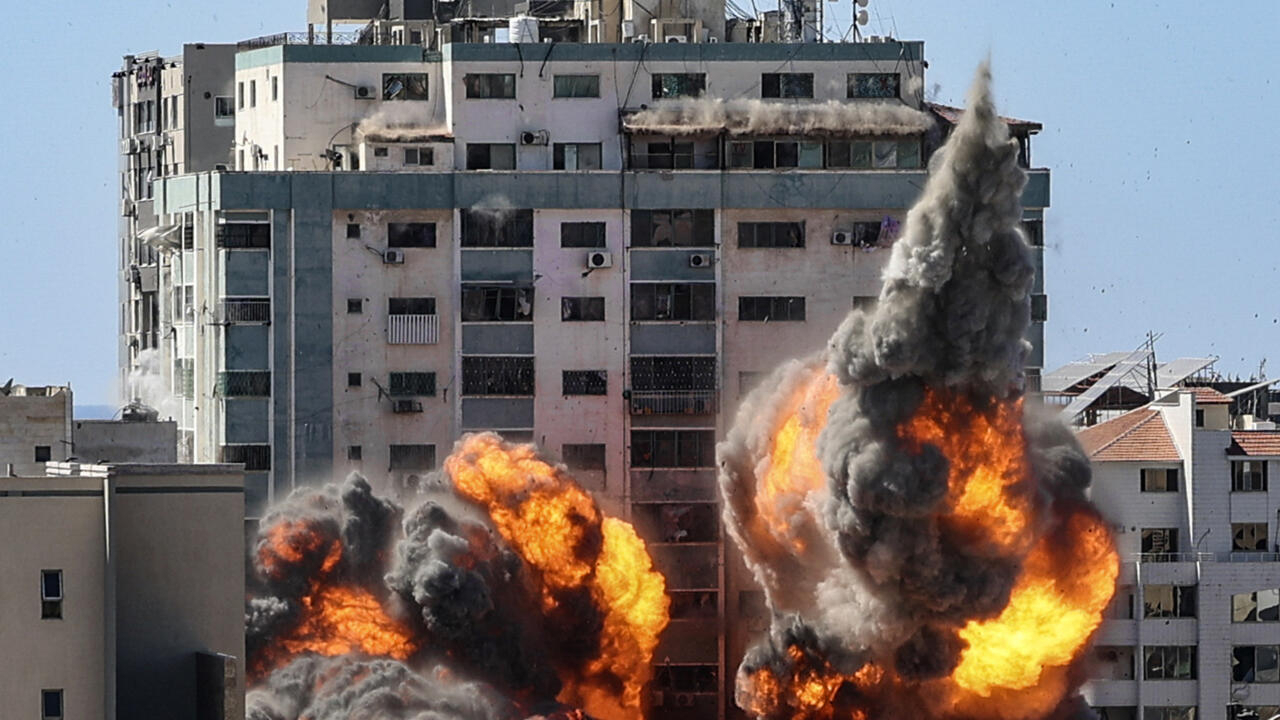 Media offices sprayed with unverifiable thesis of "manipulation" to make believe the presence of Israeli soldiers in Gaza: military escalation between Hamas and Israel recalls the adage that the truth can be the "first victim " of the war.

Uprising of combat on Saturday afternoon in Gaza.

The owner of the Jala Tower, a building housing the local offices of the Qatari channel Al-Jazeera and the American international agency Associated Press (AP), receives a call ordering him to evacuate the premises within an hour.

"And spread the word to the other occupants of the building because the Israeli army is going to bomb it," reporter Safwat al-Kahlout told Al-Jazeera live.

Immediately, the phones turn on.

Al-Jazeera is broadcasting live a discussion of the owner of the building with an Israeli official asking for an additional ten minutes to evacuate.

Journalists from Gaza crowd outside, from a distance, to protect themselves, in order to film the scene.

Al-Jazeera broadcasts live, the camera staring at the building.

A missile slices through the cement and a mushroom of smoke and dust grows in the sky.

The building is no longer.

And this is not the first.

Each time, the IDF provides roughly the same explanation: the buildings served as "hideouts" for Hamas, which used journalists as "human shields".

Israeli Prime Minister Benjamin Netanyahu speaks with US President Joe Biden, then appears on television in the evening to defend the strikes against the "towers of terror", assuring that "the lives of civilians have not been endangered" .

The building was "a perfectly legitimate target", he repeated Sunday in an interview with the American channel CBS, evoking the presence of "an intelligence office" of Hamas.

But, according to the director of the Committee to Protect Journalists (CPJ), Joel Simon, the Israeli military is "deliberately targeting media offices in order to disrupt coverage of human suffering in Gaza."

In a statement, the NGO Amnesty International, for its part, estimated that an "investigation" should be opened into a possible "war crime".

To allow them to continue working, Agence France-Presse (AFP) offered to host its colleagues from AP and Al-Jazeera.

Witness, did the journalist unwittingly become an actor in this Hamas / Israel confrontation?

In Jerusalem, the small journalistic world is still trying to recover from a strange night.

Shortly after midnight on Thursday, the Israeli army sends a short message to correspondents: Ground troops are firing "in" Gaza.

AFP, like other media, quickly contacted the army spokesman to verify that Israeli forces had entered the enclave.

Answer: "Yes, our troops are in Gaza".

But, two hours later, the spokesperson emits a "clarification": the troops "are not in Gaza", and refers to an "internal communication problem" for which he assumes responsibility, suggesting that the soldiers were within walking distance. meters from Gaza but not inside.

The last major Israeli operation with ground troops in the enclave, under blockade by the Hebrew state, dates back to 2014.

Since then, Hamas has deployed a new network of underground galleries - the "metro" project according to Israel - to allow its fighters to travel through Gaza safe from surveillance cameras and the Israeli air force that spy on the territory.

On the night of Wednesday to Thursday, the air force and drones flew over Gaza to strike these undergrounds.

The day after the strikes, the local press, which had not had "confirmation" of the presence of Israeli soldiers on the ground, evoked another theory.

The army is said to have "deceived" the international press in the hope of sending Hamas the message that troops were "in" Gaza so that the "first line of defense" of the armed movement could be positioned in the tunnels to confront attacks. ground troops, summarizes the Jerusalem Post.

Once in the tunnels, the Israeli air force allegedly bombed them to kill a "large number" of fighters and destroy key Hamas infrastructure.

In September 2019, the Israeli army said it had revealed in a hospital "false injuries" from an exchange of fire with Lebanese Hezbollah.

Purpose of the maneuver?

Ease tensions at the border by telling Hezbollah that it had accomplished its mission to avenge an Israeli strike and that it could thus cease hostilities.

But this time, the "ruse" evoked by the Israeli press would have aimed to kill fighters using the press.

The army spokesman assured foreign correspondents that he made a good faith "mistake" in claiming that the Israeli soldiers were in Gaza, while suggesting that the "target audience" for this information was not. the foreign press but Hamas.

Did the military really use journalists to push Hamas into its tunnels and bomb them?

Did she just make a mistake?

Or did she try to cover up a mistake by passing it off as a trick to the local press?

"Outraged," the Foreign Press Association in Jerusalem wrote to the military on Saturday asking for an explanation.

In its response, the military qualifies as "conspiratorial" the thesis of a "manipulation" evoked by the local press.