Hoverboard is suspected to be behind the apartment fire

On Saturday evening, a fire broke out in an apartment building on Tengvallsgatan in Örebro. There are suspicions that a so-called hoverboard caught fire and caused the fire. 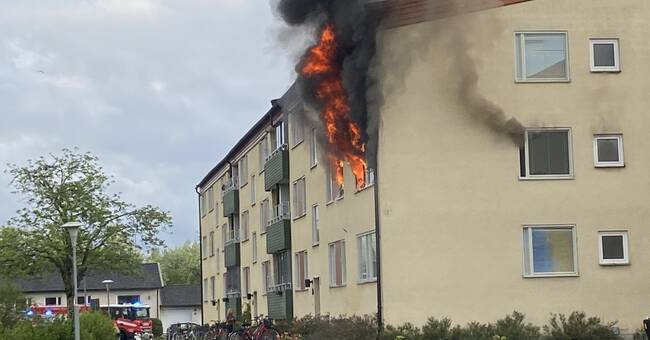 When the rescue service arrived at the scene, the fire was fully developed and the four people who were in the burning apartment had gone out on their own.

Initially, all apartments in the affected stairwell in the three-storey building were evacuated.

When the fire was extinguished on the first floor, residents on the ground floor could enter their apartments, but other apartments may have

According to the police, the fire may have been caused by a hoverboard exploding, but that information cannot be confirmed by the rescue service.

A fire damage investigation will be carried out to determine the cause of the fire.

There are several documented cases where hoverboards have been behind house and apartment fires.

The board is powered by batteries that are charged and can overheat.

No person should have been injured in the fire.