Heavy rain showers at the entrance in Halland

There can be a lot of rain in a short time on Sunday afternoon and there is a risk of flooding in several places in Halland. 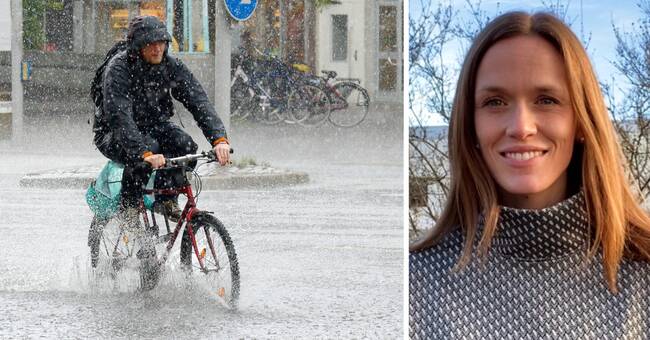 On Saturday, the heavy raining basement caused flooding in the areas around Kungsbacka.

And there may be more of that product even on Sunday.

There is a risk of heavy rainfall in the afternoon and with continued in the evening.

- It slows down approximately when the sun goes down and during the late evening the rain starts to pull away.

There may be large amounts in a short time throughout Halland, especially in the south, but there may be showers in the north as well, says SVT's meteorologist Maria Augutis.

Risk of thunder, wind and flood

As a result, there is a risk of flooding in watercourses and basements.

SMHI has issued a class 1 warning.

There may also be some thunder in connection with the rain showers, especially in southern Halland.

There can also be a lot of strong winds locally, even if it is not so windy on the whole.

- We are entering a period with more unstable weather, so even tomorrow you can expect local showers and in the coming days varied cloudiness.

But there is little chance that the sun will appear as well.

The summer heat is delayed

The temperature is quite normal for the season, around 14-15 degrees on Monday and then drops to 11-12 degrees.

- The summer has actually reached the whole of Halland, so by definition it is meteorological summer, but no summer heat is in sight this week.