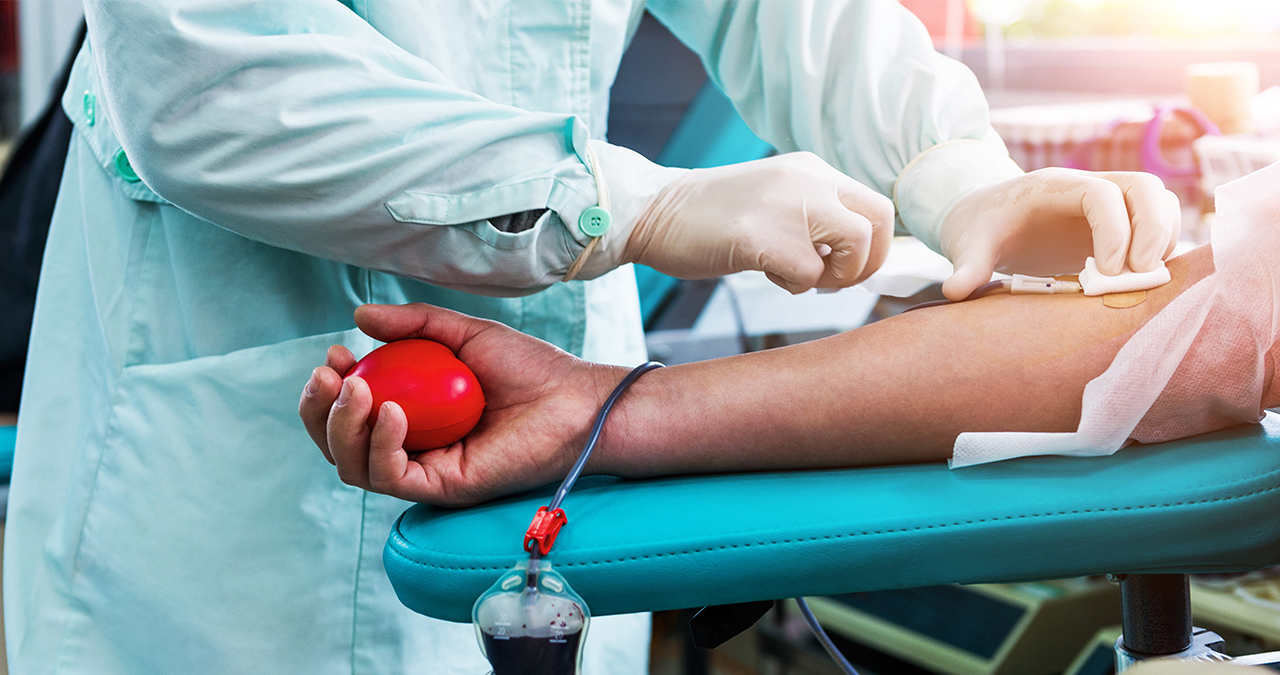 Abu Dhabi Health Services Company "SEHA", the largest health care network in the UAE, provided washed platelets to a patient suffering from severe low platelet count, as the services of the Abu Dhabi Blood Bank were able to wash the blood platelets obtained from donors, remove the plasma and proteins from them, and give them to the patient, In an operation that is the first of its kind to transfer washed blood platelets to a patient at Tawam Hospital.

The medical director of Al Ain Blood Bank Services, Dr. Saad Muhallab, said, "The patient experienced a sharp drop in blood pressure, shortness of breath and a marked decrease in oxygen saturation during the blood platelet transfusion for him, which he needs constantly, as these symptoms were caused by the interaction of antibodies in the patient's blood. With platelets transfused to him, this reaction usually occurs as a result of the presence of antibodies to a protein that is deficient in the patient’s blood for genetic reasons, and such patients must be dealt with in a special way in which washed blood components are transferred to them, free of plasma containing proteins. The case is a rare case.

He added that the medical team in the blood bank services in Al Ain was able to wash the blood platelets obtained from donors and give them to him in record time, and thank God the patient responded to the platelet transfusion process, as the number of platelets after washing remained in the optimal range, and the patient showed an acceptable increase in platelets. After a blood transfusion, and he did not suffer from a bleeding episode during the period of washed platelet treatment.

Dr. Saad Muhallab explained that due to the lack of a service to provide washed platelets by any donor center in the United Arab Emirates, and in order to meet the patient's acute and daily demand for platelet transfusions, the blood bank services adopted the platelet washing protocol, which takes about two hours. Half of the preparation, and the blood bank services prepared the washed platelets needed by the patient for 14 consecutive days.

The blood bank services were established in 2020, under the supervision of the Department of Health, and managed by the Abu Dhabi Health Services Company (SEHA), the largest healthcare network in the country. The blood bank services operate within a network of blood donation centers distributed in Abu Dhabi, Al Ain and Al Dhafra, to provide blood products and medical services. Related to blood transfusion throughout the Emirate of Abu Dhabi.

It should be noted the effective and integrated contribution of blood bank services within the health care system in Abu Dhabi, through its constant cooperation with the responsible authorities, concerned parties, hospitals, doctors, and blood donors, to ensure quality that adheres to international and local standards of excellence, as set by the American Association of Blood Banks. AABB), the Federal Regulations for Blood Transfusion in the United Arab Emirates, and the Department of Health - Abu Dhabi.