Mali remembers and pays tribute to Amadou Hampâté Bâ who died on May 15, 1991. A day of commemoration marked by a conference on the life and work of the famous Malian writer and ethnologist. 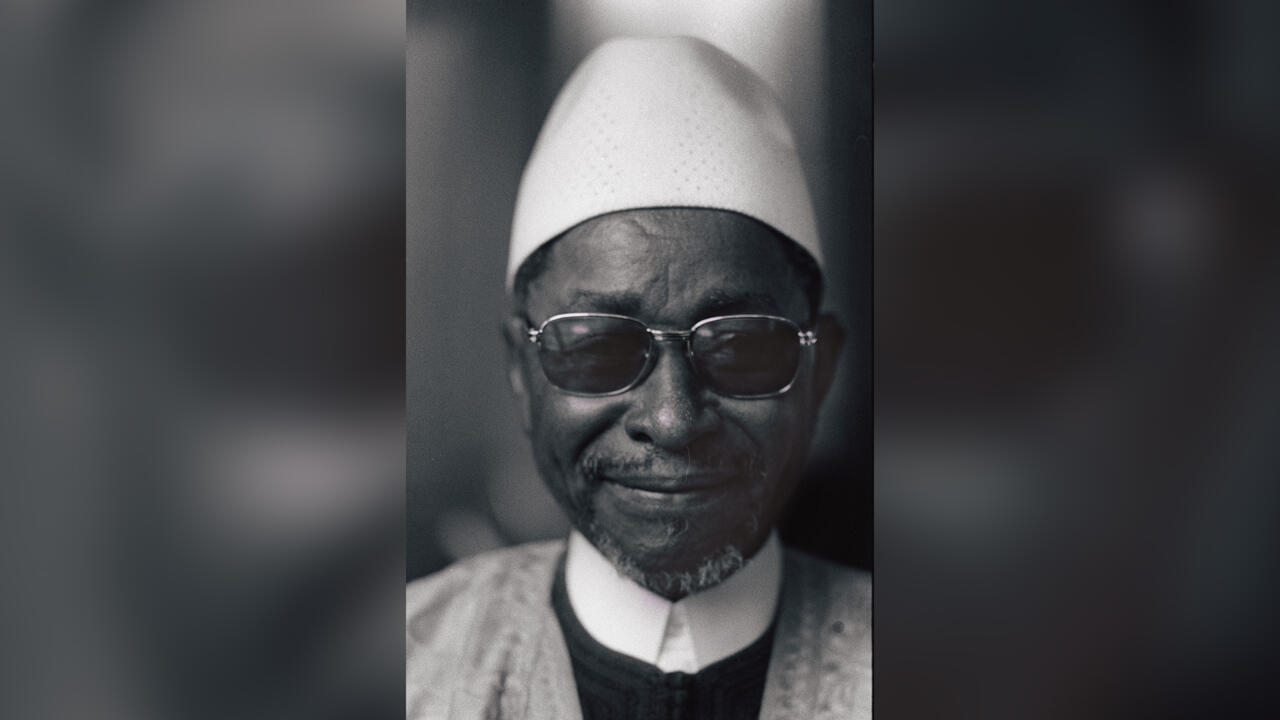 Portrait of the Malian writer Amadou Hampâté Bâ (1901-1991) taken in Paris, on April 12, 1975, during the presentation of the Black Africa Literary Prize, for his book “The Strange Destiny of Wangrin”.

Mali remembers and pays tribute to Amadou Hampâté Bâ who died on May 15, 1991. A day of commemoration marked by a conference on the life and work of the famous Malian writer and ethnologist.

They are nearly a hundred seated under a straw hut in the gardens of the Palais de la Culture in Bamako.

In front of them, a portrait of Amadou Hampâté Bâ and a large banner overhung by a traditional Fulani hat.

All came to follow a conference on the challenges of cultural diversity.

But very quickly the conference takes a back seat, testimonies take precedence.

First of all those of the family of the author of

Since I bear the name assigned to him, each time I say my first name, we always refer to Hampâté Bâ with his quotes, his multiculturalism

", explains Hampâté Amadoun, one of his grandsons.

This obliges him to “have a

lot of rigor, a lot of consistency, and then also to be a model,

and listen: Ivory Coast: the Hampâté Bâ foundation commemorates the 30th anniversary of the death of the "son of the century"

The principles and thought of Amadou Hampâté are dissected for nearly three hours.

The assembly is almost exclusively made up of intellectuals Lanfia Sinaba militates for a greater popularization of the philosophy of the author on whom he wrote a book.

Somewhere, we need a real political will that can accompany.

The proof is that the man as such, the name, he is known, but his works deserve to be better known, and to do this, there would have to be a real policy of promotion and popularization of his works.

Today and despite the national character, very few Bamakois are aware of the tributes and the commemoration paid to the famous writer.

If there is one thing to do today, it is to ensure that Ampâté Bâ is a kind of locomotive in which we invest, because it is a giant as little is made in a century.

And this giant deserves that a conjunction of initiatives be mounted so that they carry the whole of the book and the written word and that the school is the beneficiary of all this.

Ivory Coast: the Hampâté Bâ foundation commemorates the 30th anniversary of the death of the "son of the century"