Rallies in support of the Palestinians took place on Saturday, May 15 in several cities in France, some despite the ban pronounced by the authorities, such as in Paris where the procession was ... 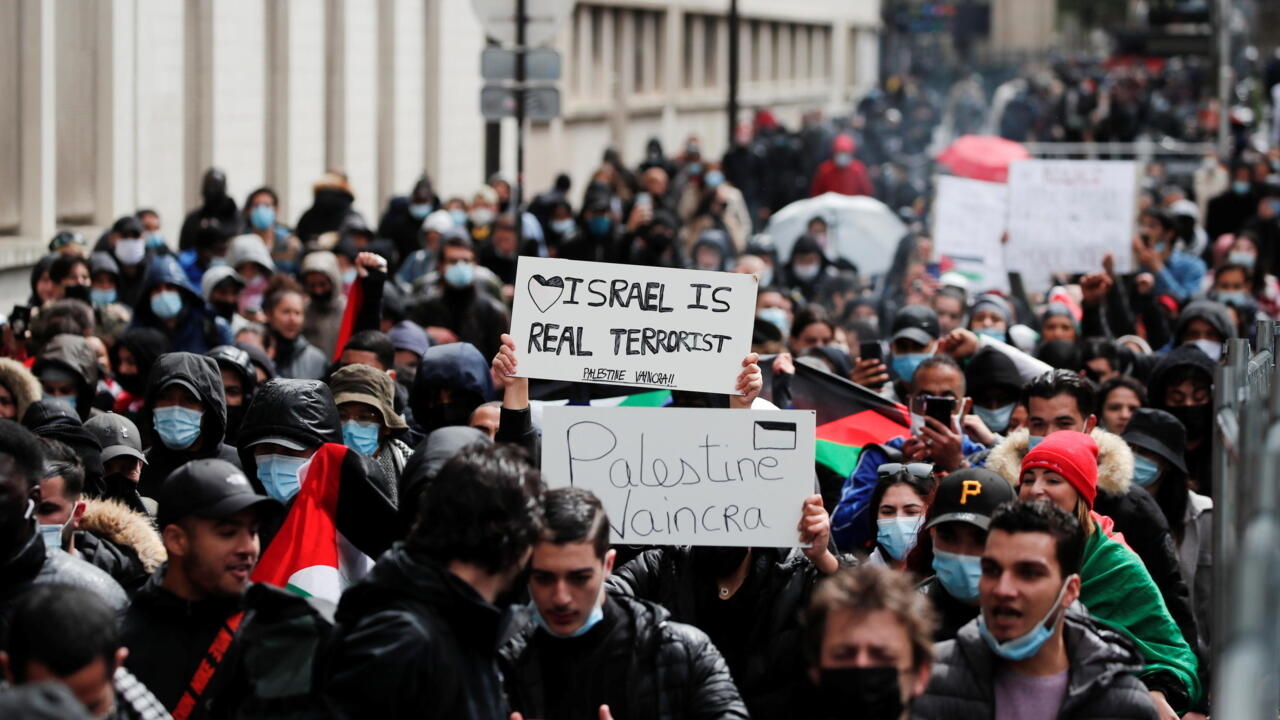 Demonstration of support for the Palestinians in Paris, May 15, 2021. REUTERS - BENOIT TESSIER

Rallies in support of the Palestinians took place on Saturday, May 15 in several cities in France, some despite the ban pronounced by the authorities, such as in Paris where the procession was marked by tensions between demonstrators and the police.

Some 4,200 police and gendarmes were mobilized in Paris, according to the police headquarters, which apply the instructions for "

" as soon as demonstrators try to regroup, using "

According to journalists, face-to-face meetings between demonstrators and the police took place in the afternoon in the popular district of Barbès, in the north of the capital.

Here and there a few Palestinian flags were waved or used in cloaks.

Israel break up, Palestine is not yours,

" shouted demonstrators in the small streets of the neighboring Goutte d'Or neighborhood, where a large population of foreign origin lives.

The ban on demonstrating in Paris was taken Thursday evening by the prefect of police, at the request of the Minister of the Interior, Gerald Darmanin, for “

It was put forward the precedent of 2014, when a pro-Palestinian demonstration in Paris degenerated into urban violence.

" as, in the Palestinian territories, "

One of the organizers Walid Attalah repeated their intention to demonstrate "

" and denounced the attitude of the authorities: "

All over the world, demonstrations of support have been held, France is an exception, it is also against (that) that we are mobilizing

France is the only democratic country to ban these demonstrations,

" protested Me Sefen Guez Guez, Me Dominique Cochain and Me Ouadie Elhamamouchi, lawyers for the Association of Palestinians in Ile-de-France.

The demonstration was originally planned to commemorate the Nakba, the exodus of hundreds of thousands of Palestinians at the creation of Israel in 1948. Other demonstrations were banned, such as in Nice (south), or in several communes of the Paris suburbs.

The Palestinians commemorate the 73rd anniversary of the Nakba, "the disaster"

On the other hand, demonstrations or gatherings have been authorized in many other towns.

Thus, several hundred people, Palestinian flags - even umbrellas of the same colors - in hand, gathered in the rain in Toulouse (south-west) to express their opposition to "

no one is free when others are oppressed