Biden in conversation with Benjamin Netanyahu and Mahmoud Abbas

The President of the United States, Joe Biden, has been in several talks during the day regarding the unrest between Israelis and Palestinians, first with Israeli Prime Minister Benjamin Netanyahu, and then with Palestinian President Mahmoud Abbas. 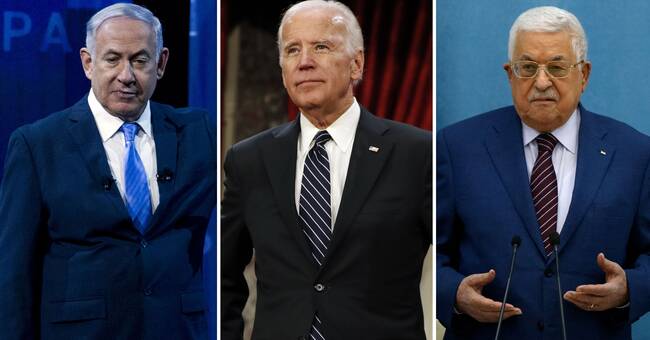 In the conversation with Israeli Prime Minister Benjamin Netanyahu, US President Joe Biden is said to have supported Israel's right to defend itself against Hamas and other terrorist groups' rocket attacks from Gaza.

He also condemned the attacks on Israeli cities.

Biden is also said to have expressed his concern for both civilians, from both sides of the conflict, and for journalists in the area, who he believes must be protected.

Biden is also said to have expressed his desire for Palestinians to live in security and freedom, and highlighted a two-state solution.

When Joe Biden spoke with Palestinian President Mahmoud Abbas, he pressed for Hamas to stop firing rockets at Israeli cities.

However he acknowledged that their numbers were not enough to defeat Palestine.

Also in this conversation, he highlighted a two-state solution.

Saturday marks the fifth day of violence since Israel launched airstrikes on Gaza in response to Hamas rocket fire.

In Israel, eight people have so far lost their lives in rocket attacks, six civilians and two soldiers.

In Gaza, 132 people have been killed in the bombings, according to Palestinian hospital sources, including 32 children and 21 women.

The number of injured is 950. In addition, 11 people have been killed in the occupied West Bank in clashes between violent Palestinian protesters and Israeli security forces.

All information about killed and injured comes from the news agency Reuters.

The humanitarian situation of the 2 million people living on the Gaza Strip is becoming increasingly problematic.

According to a UN statement, the bombings have forced up to 10,000 Palestinians to leave their homes to seek refuge in schools, mosques and other public buildings.

The congestion means that covid-19 is spreading at the same time as there is a lack of clean water, sanitation and also fuel for the electricity generators.