"You destroyed our lives and our memories. We will not cry over a camera." Watch the conversation of the owner of the evacuation tower in Gaza and an Israeli intelligence officer before its building was destroyed

The attempts of the owner of the tower - during his phone call with the Israeli officer - failed to dissuade him from refusing to give them a 10-minute period for only 4 people to enter the building before it was bombed, in order to take some cameras and media equipment. 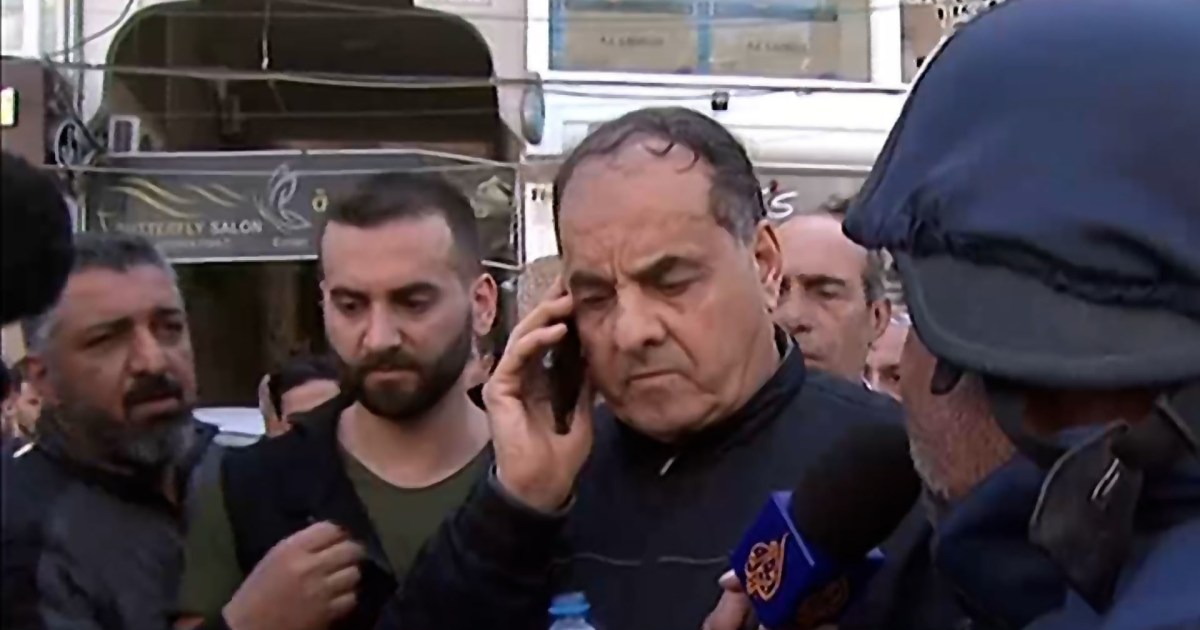 A touching dialogue took place between the owner of the Al-Galaa Tower in Gaza - which includes the headquarters of the Al Jazeera network and international media networks - with an Israeli intelligence officer to give the occupants of the building a few extra minutes to take some cameras and equipment from the building before bombing it by the occupation air forces, but the request was categorically rejected by the Israeli spokesman. .

And live on the air, Al-Jazeera's camera and its Gaza correspondent Wael Al-Dahdouh transmitted the phone call between the owner of the tower and the Israeli officer. Amara, why 10 minutes, and who enters it is his responsibility. "

And all the attempts of the owner of the tower to the Israeli speaker did not succeed in dissuading the latter from his refusal to give them the short time required, then the owner of the tower concluded the call by saying, "The tiredness of our whole life is gone, you destroyed our memories and our lives..I don't want to talk about a camera. ".

The occupation planes targeted the Al-Galaa Tower, which includes the headquarters of the Al-Jazeera network in Gaza, with a series of raids that led to its complete collapse.

Before the bombing of the evacuation tower - which also includes among the media the American Associated Press - an Israeli intelligence officer refused to allow the employees in the tower to return to take out some of their possessions and media work tools, as the officer gave them - in a phone call - a few minutes. Just.

The tower - which is among the oldest in the sector - contained 60 apartments, in which families lived, and professional classes of lawyers, doctors and others worked in it.

The Al-Jazeera Media Network condemned Israel's destruction of its office in Gaza, and appealed to the international community to protect journalists, and the network said - in a statement - that what Israel had done was a barbaric act aimed at the safety of our journalists and preventing them from revealing the truth.

The Al-Jazeera network added that the destruction of its office in Gaza is "a precedent that contravenes all norms of international law and human civilization."

The CEO of the Associated Press said, “We are shocked and terrified at the horrific Israeli bombing of a building that houses our office in Gaza.