On the night of Friday to Saturday, Israeli warplanes struck several targets in central Gaza, including &amp; nbsp; an &amp; quot; operations office &amp; quot; of Hamas. Friday was also marked by clashes in the West Bank. &amp; Nbsp; 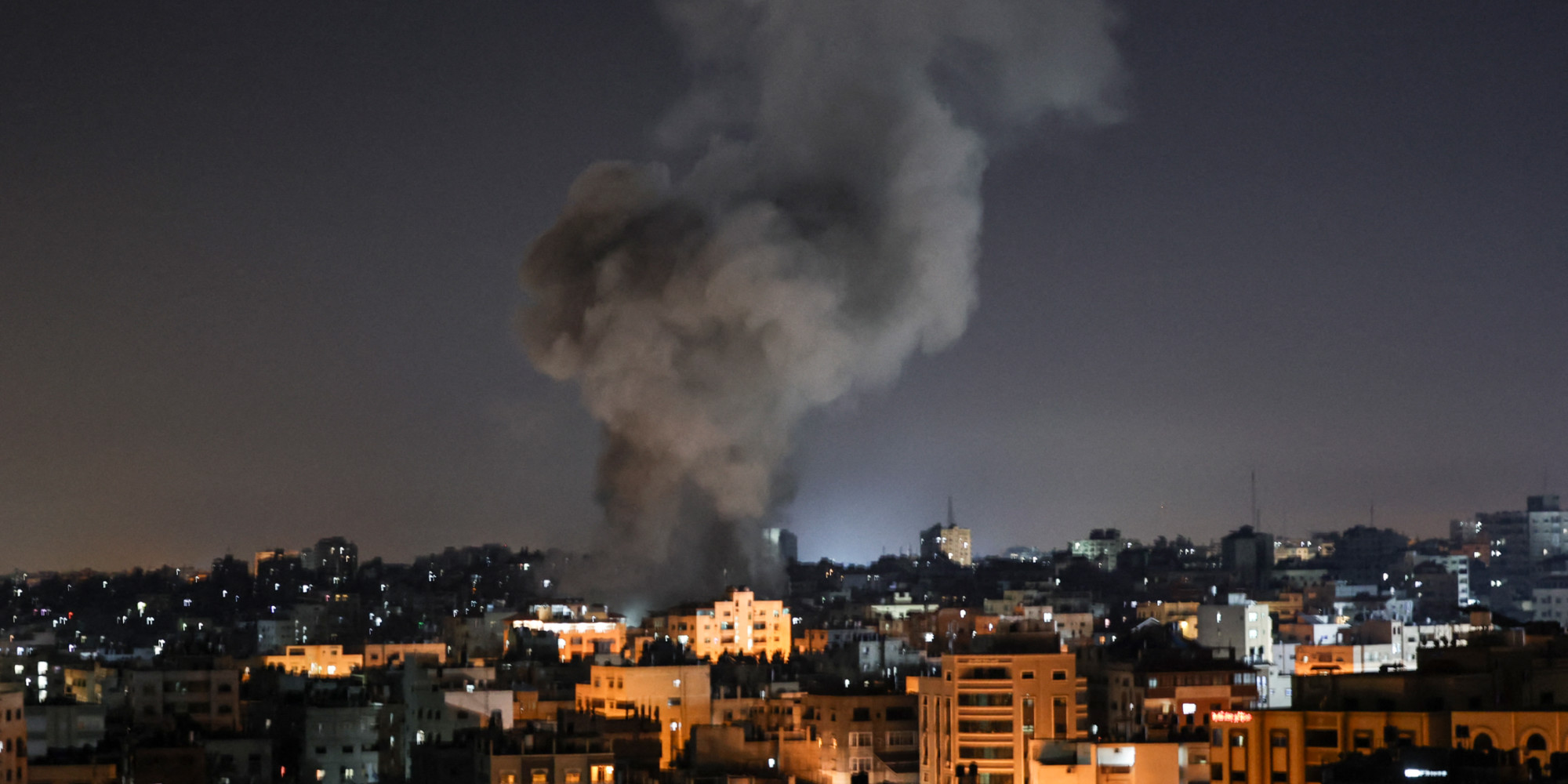 On the night of Friday to Saturday, Israeli warplanes struck several targets in central Gaza, including a Hamas "operation office".

Friday was also marked by clashes in the West Bank.

Israeli warplanes struck targets in central Gaza overnight from Friday to Saturday, according to the IDF, after a day of deadly violence in the West Bank, as unprecedented unrest persists in Israel. As of Monday, the death toll for Palestinian air raids in Gaza has risen to 126, including 31 children, and 950 injured, according to Palestinian authorities.

It also hit "a military intelligence site," she also said on Twitter, as well as "surface-to-surface rocket launch sites" and "two terrorist squads".

More than 2,000 rockets launched at Israel since Monday

More than 2,000 rockets have been launched into Israeli territory since Monday, killing 9 people, including a child and a soldier, and injuring more than 560.

According to the military, the "Iron Dome" missile shield intercepted around 90% of these rockets.

Despite international calls for de-escalation, Israeli Prime Minister Benjamin Netanyahu has warned that his army will inflict "serious setbacks" on the "terrorist" movement Hamas which controls the Palestinian enclave of Gaza.

"They are paying and will continue to pay dearly. It is not over yet."

The new round of violence was sparked after a barrage of Hamas rockets fired at Israel in "solidarity" with hundreds of Palestinians injured in clashes with Israeli police on the Mosque Plaza in East Jerusalem, a Palestinian area occupied by Israel since 1967. These clashes at Islam's third holiest site occurred after several days of clashes in East Jerusalem, mainly due to threats of expulsion of Palestinian families for the benefit of Jewish settlers.

, diplomacy… Three questions on violence between Israelis and Palestinians

Israel began bombing Gaza on Monday in response to rocket fire at Jerusalem by the Islamist party of Hamas and other Palestinian armed groups in the enclave.

In total, Israel hit around 800 targets, including the network of underground tunnels that allow Hamas fighters and leaders to move around, as well as a "terrorist squad" responsible for rocket fire.

The explosions, and their smoke mushrooms visible from miles away, have left entire city blocks in ruins in the tiny Palestinian territory where some two million Palestinians are crowded.

Clashes in the West Bank

In the West Bank, from Ramallah to Hebron and throughout the territory occupied by Israel since 1967, Palestinians threw stones, Molotov cocktails and other projectiles at Israeli forces, who retaliated with rubber bullets and, in some cases live bullets.

A Palestinians was shot dead after attempting to stab a soldier north of Ramallah, said the IDF, which reported early Saturday of another attempted knife attack during "a violent riot" in Nablus.

Israel is also fighting on another front: the escalation since Tuesday with clashes and exchanges of gunfire between Arabs and Jews in several mixed cities of the country.

Almost 1,000 police officers were called in as reinforcements and more than 450 people, Jews and Arabs, were arrested in total, including 52 on Friday.

In Lod, Jews and Arabs were preparing to experience their fourth night of curfew.

Arab Israeli rioters "are a significant minority undermining the ties forged between Jews and Arabs," Netanyahu commented, announcing the deployment of new forces.

The Arab Israelis are the Palestinians who remained in their land when Israel was created in 1948.

The UN Security Council is due to meet on Sunday

And maybe a fourth front?

At the Israeli-Lebanese border, Israeli soldiers fired at Lebanese demonstrators who managed to break in briefly from the Israeli side.

A member of Hezbollah participating in the demonstration was killed by gunfire.

In the evening, three rockets were fired into Israeli territory from Syria, another neighbor of Israel, without causing damage.

Faced with the escalation, the UN Security Council is due to meet on Sunday.