A fire has broken out in a fireworks factory in Ljungby. According to the rescue service on site, your building is on fire and will burn down. The rescue work is expected to continue on Saturday. 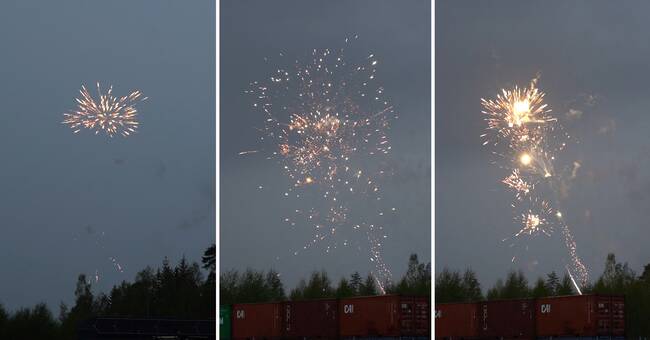 The alarm about a fire with strong smoke development came at 6.30 pm on Friday.

According to the rescue service, a building is completely overheated.

- According to a caller, the thunder must have hit the fireworks factory and then the fireworks should have exploded, says Ola Nilsson, acting team leader at SOS Alarm.

Initially, 12 units from the rescue service were called to the scene.

At 9 pm, the fire was judged to be under control and there was no risk of it spreading.

The rescue service is expected to continue until Saturday afternoon.

- The main building will burn down, but it is believed that it will be possible to protect adjacent buildings, says Malin Svensk, communications manager at Ljungby municipality.

In connection with the fire, fireworks have been set off.

- The rescue service has never entered the building but works all around, Malin Svensk.

The rescue service has also been in contact with MSB, the Swedish Civil Contingencies Agency, regarding fire smoke.

- Since these are fireworks that are sold to private individuals, the smoke is not more dangerous due to the fireworks.

But if you see or feel smoke, you should close windows and ventilation.

A major roadblock has been set up.

There has been heavy smoke development from the site.

- Callers have seen thick black smoke at the site, many have called us regarding the incident, says Ola Nilsson at SOS Alarm.

No one was injured in the fire.

Police are urging curious motorists gathered in the area to leave the scene.