Although the authenticity of the recording attributed to the Iranian Foreign Minister, Mohammad Javad Zarif, who leaked last week, has not been verified, his apology on it last Sunday was a confirmation of its authenticity. Much has been written about whether former US Secretary of State John K. 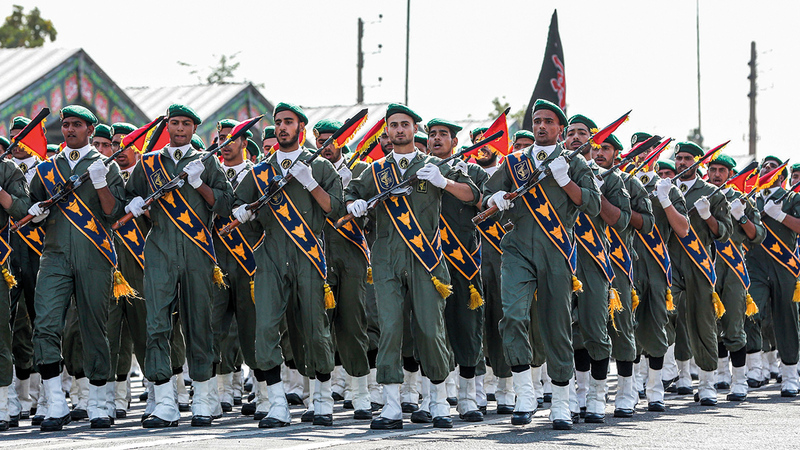 Much has been revealed about the lies of Iranian diplomacy

Although the authenticity of the recording attributed to the Iranian Foreign Minister, Mohammad Javad Zarif, who leaked last week, has not been verified, his apology on it last Sunday was a confirmation of its authenticity.

Much has been written about whether the former US Secretary of State, John Kerry, had earlier leaked classified US information to Zarif about Israeli raids inside Syria, although Kerry denied this.

But the most important thing is Zarif's assertion that he knew sensitive Iranian information from Kerry, and he is the Iranian diplomat who will be the main representative of Tehran in negotiations with the administration of the US President, Joe Biden, in its rational moves to revive the nuclear agreement, which was signed during the period of administration President Barack Obama is with Iran.

The strange thing is that Zarif said that he was not aware of the increase in Iranian military activities in Syria, which prompted Israel to carry out the aforementioned air strikes.

And according to the British Financial Times, after listening to three hours out of seven hours of recordings that were intended to project an oral history.

The newspaper said, "Kerry told his counterpart, Zarif, that Iranian flights to Syria increased by six times what they had been, which is a clear indication that they were being used by the army to support the Damascus government in its struggle with the organizations opposing it."

When Zarif asked the commander of the Quds Force, General Qassem Soleimani, about these flights, Soleimani ignored his question, saying, “If Iran Airlines is 2% safer than any other company, then we should use it, even if that results in 200% losses in diplomacy. ».

In addition to Syria and its problems, Zarif spoke of a very long series of complaints about how he has no connection with making fundamental decisions related to national security, without his participation, or even without his knowledge.

He presented many examples related to the efforts of the Iranian Revolutionary Guard Corps to sabotage the agreement with the Obama administration, such as the seizure of two US Navy boats in 2016, and Soleimani's direct intervention with Moscow in a failed attempt to persuade the Russians to reject the agreement.

Zarif said he was not aware of Syrian President Bashar al-Assad's visit to Tehran in February 2019, until he saw Assad on TV. This disgraceful exclusion from the visit of a head of state led to Zarif's anger, to the point that he submitted his resignation "temporarily". "They are completely ignoring me," he added angrily. Zarif also said that the Revolutionary Guards denied at first that they had shot down the Ukrainian commercial plane in 2020, although later the truth had to be recognized, so no one should be surprised if more surprises arise. Zarif added, summarizing all his anger in one sentence: "In the Iranian Republic, the army is the one that rules."

Zarif's confessions show why Biden must give up his dream of returning to the 2015 Iran nuclear deal, from which the United States emerged under President Donald Trump's administration. In Iran, neither negotiators nor even what they say is of any importance. Rather, it is the Revolutionary Guard that controls nuclear weapons and ballistic missile programs, controls conventional military activities externally, and provides support to terrorists around the world.

And if Israel is striking Iranian units and their allies in Syria, then this is not a secret for the Quds Force. Rather, the reality says that it is the secret of the Iranian foreign minister, and it is likely that his employees are responsible for nuclear diplomacy. In fact, the killing of Soleimani by a missile fired by a drone aircraft at him at Baghdad Airport in January 2020 did not change anything in the picture, even if this constituted a painful blow to Iran. And if Soleimani's death had any effect, it reinforced the leaders of the Revolutionary Guard’s belief in them, which is that they are the only ones capable of protecting the 1979 revolution.

The extent of the internal deception in Iran shows that its "commitments" to nuclear issues are inherently unbelievable and untrustworthy. It is easy for any Iranian diplomatic envoy to spread diplomatic lies, and he really believes that what he says is the truth, because it is difficult to conceal the outright lie.

The ready solution for autocrats is to hide the facts from the diplomats who conduct negotiations. In fact, this should not be surprising to anyone, because it is a known issue.

Even in Washington, there is little or no cooperation between the Defense and State departments.

As for Tehran, there is no government that deals with "confidence". Rather, the logical thing in it is "verification", and we do not have a basis for "trust" in the first place, not to mention the confidence that verification procedures can reveal effective Iranian violations and cover-ups.

Supporters of the nuclear agreement signed in 2015 are promoting the "strengthened" verification mechanisms used by the International Atomic Energy Agency, but these mechanisms are largely ineffective. Iran has long prevented IAEA inspectors from carrying out their work in important nuclear facilities, and declared them to be nuclear facilities. It is forbidden to enter, which makes it ironic to count on Tehran's efforts.

In fact, the real guarantee is not international surveillance, but rather our espionage capabilities.

The budget of the International Atomic Energy Agency in this area does not exceed 0.6% of the US intelligence services' expenditures, which amount to $ 85 billion annually.

And if our intelligence is insufficient, then it is absurd to think that the International Atomic Energy Agency can guarantee us that Iran will not commit nuclear violations.

Minister Zarif's recordings tell us a lot about the lies of Iranian diplomacy, but unfortunately, the Biden administration still places its hope on Zarif and his nuclear negotiators.

• The extent of internal deception in Iran shows that its "commitments" to nuclear issues are inherently implausible, and they are not trustworthy.