The global battle for German wood

The global demand for wood as a building material is fueling exports in Germany, but not all those involved benefit from it. Is there a risk of the forest being sold out? 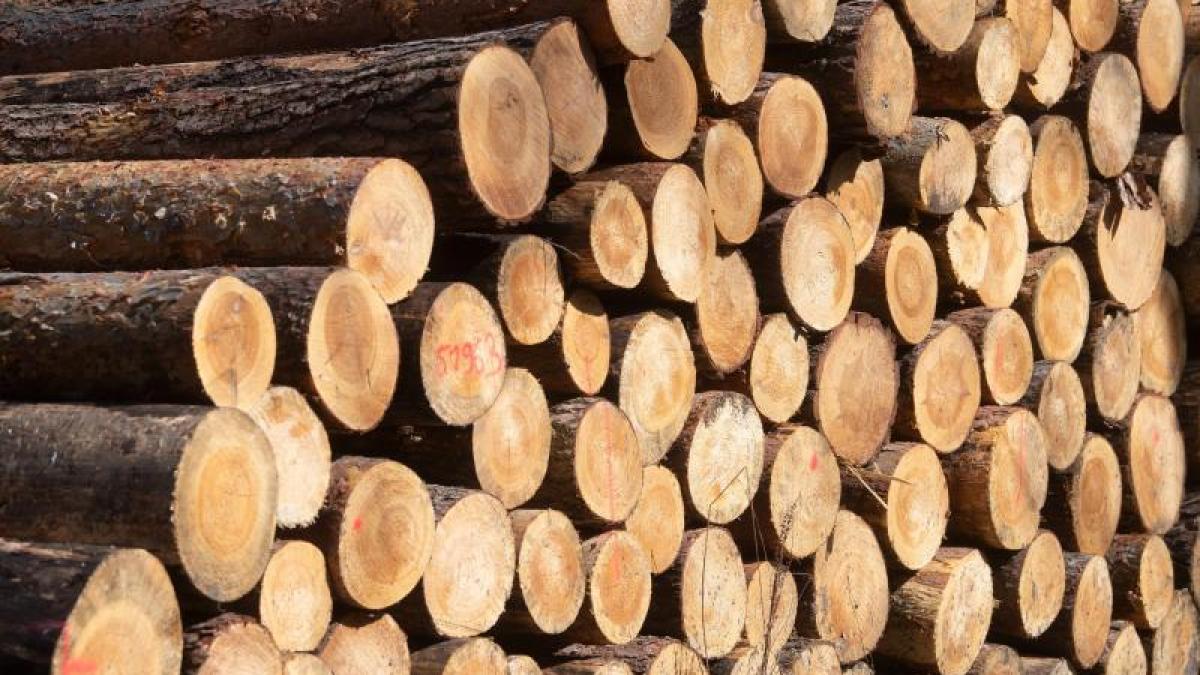 Wiesbaden (dpa) - In Germany, which is actually densely forested, wood is becoming more and more expensive.

The construction industry and craftsmen are complaining about the sharp rise in the prices for construction timber, while at the same time the export of raw logs and processed sawn timber is increasing strongly.

Last year, Germany exported the record amount of 12.7 million cubic meters of raw wood, as the Federal Statistical Office reported on Monday. Over half of it went to the People's Republic of China, where the construction boom picked up again after the Corona crisis had been overcome. There is also high demand in the USA because traditional supplies from Canada are stalling after fires and Trump punitive tariffs.

"The wood from our forests is being sold globally instead of being used regionally," warns WWF forest expert Susanne Winter.

First politicians such as Thuringia's Minister of Economic Affairs Wolfgang Tiefensee (SPD) bring up temporary EU export restrictions for wood and other raw materials in order to protect the domestic economy.

The drastic price increases presented many handicraft businesses with enormous problems, explains also handicraft president Hans Peter Wollseifer, who also advocates export restrictions, but which do not meet with much approval in the federal government.

Actually, there should be enough wood there, because in recent years drought, storms and pests like the bark beetle have torn large gaps in German forests. Last year, more trees were felled than ever since German reunification, around 80.4 million cubic meters of wood. Bad for the forest owners: the so-called damaged wood made up far more than half, as the Federal Statistical Office further reported. There is much less money at dealers for “beetle wood”, because the material can only be used in construction where it cannot be seen.

In any case, the mostly medium-sized forest owners feel they are in a bad negotiating position with timber dealers and large sawmills. Despite the strong global demand, the prices for raw wood are still well below the 2015 level with a minus of 27.3 percent, as confirmed by federal statistics. A few days ago, the President of the German Forestry Council, Georg Schirmbeck, called on the forest owners in a newspaper interview to go on a “saw strike” and demanded fair prices. "Huge profits are made with our raw material, but the forest farmers do not benefit from it," said Schirmbeck. "We are being ripped off by the few timber trading groups that dominate the market."

The wood processors are much better off.

According to the statistics office, the sawing, planing and impregnating plants achieved a record turnover of 6.5 billion euros last year, almost a third of it in foreign business.

This was also due to the hefty price increases, for example for coniferous sawn timber, which in March of this year was on average 20.6 percent more expensive than a year earlier.

The sawmills are working to the limit, assures the Association of the German Saw and Wood Industry (DeSH). The companies have cut down on imports in order to be able to process the large quantities of wood from the domestic forest damage. DeSH President Jörn Kimmich points to a slight decline in exports at the beginning of the current year with a simultaneous increase in production. He does not expect a permanent shortage of sustainable building materials: “There will probably be more fluctuations in demand and price as we are currently experiencing. Wood thus joins other building products such as steel, cement or gravel, which have been volatile for a long time. "

At the moment, house builders have to reckon with significantly higher wood prices, but the experts do not expect the German forest to be sold out.

Curiously, it is precisely the weakened resilience of the forests that will lead to a continuous supply of wood over the next few years.

«Wood is not scarce in this country.

Because of the need to remodel forests due to climate change, there will continue to be enough coniferous wood in the coming years, ”says a spokesman for the Forestry Council.

However, strategies must be developed in good time to use wood more efficiently as a building material.