"Countering Moscow and Beijing": How likely is the transfer of US troops from Afghanistan to the countries of Central Asia?

The United States does not exclude the possibility of the transfer of troops from Afghanistan to neighboring regions, including the countries of Central Asia. Thus, according to American media reports, a number of high-ranking American officials are proposing to deploy military units in Uzbekistan and Tajikistan, which will allow maintaining leverage over the situation in Afghanistan. Meanwhile, Tashkent recalled that the fundamental laws prohibit the deployment of foreign formations in the country. At the same time, Dushanbe is Moscow's ally in the CSTO. According to experts, the authorities of the Central Asian republics are aware that the presence of the US armed forces can only destabilize the internal situation and harm the security of the region. 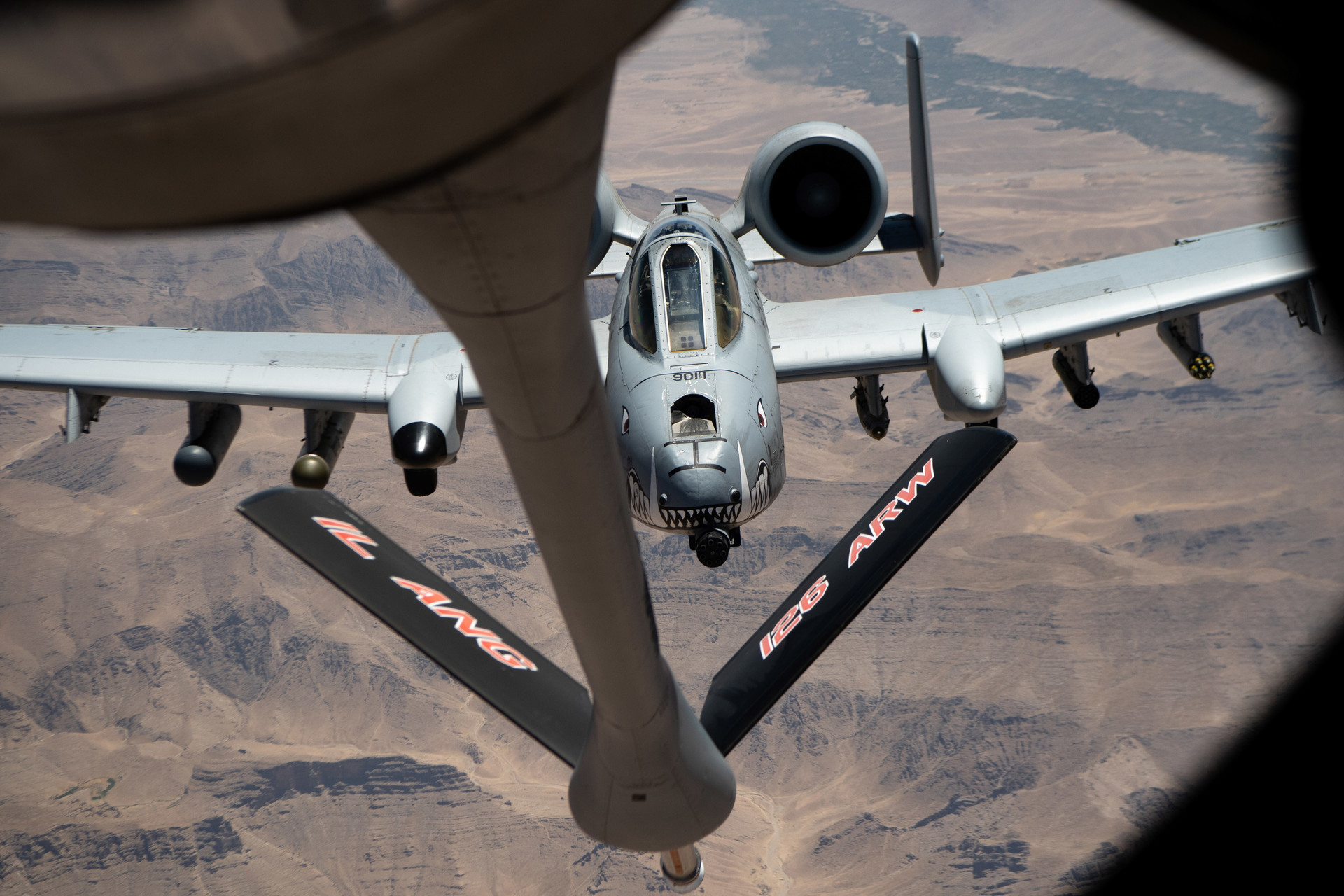 The United States is discussing the possibility of redeploying troops withdrawn from Afghanistan to neighboring regions.

In particular, the issue of their placement in Uzbekistan, Tajikistan and the Arab countries of the Persian Gulf is being considered.

This was reported by The Wall Street Journal (WSJ), citing sources in the US government and military departments.

“According to representatives of the US government and the armed forces, the options under consideration (redeployment of the American contingent. -

) range from nearby countries to more distant Gulf States and US Navy ships at sea ... preference is given to Uzbekistan and Tajikistan, which border Afghanistan, which contributes to quick access (to Afghanistan. -

As the article explains, the concentration of US forces near the Afghan borders will allow the Pentagon to provide operational military support to Kabul, strike at the Taliban * and respond to possible attacks by militants on the US embassy.

The Central Asian countries are viewed by the US authorities as the most convenient footholds for such tasks.

"Leads to the degradation of the situation"

Recall that after the start of Operation Enduring Freedom in Afghanistan in September 2001, the American army used some military infrastructure in Central Asia.

In an interview with RT, Vadim Kozyulin, head of the Center for Global Studies and International Relations of the IAMP of the Diplomatic Academy of the Ministry of Foreign Affairs of the Russian Federation, noted that when making the final decision on the redeployment of troops from Afghanistan, the United States cannot ignore the previous, not very successful military experience in Central Asia during the period of “Enduring Freedom ".

According to the expert, the leadership of the republics actually "squeezed out" the American troops, realizing that their territory is no longer a short-term haven for the US Armed Forces and is no longer used exclusively to fight Al-Qaeda *

“It is important to understand that the States can continue to strike targets in Afghanistan.

This will entail a new round of tension, the Taliban will surely intensify, hostilities will begin and the conflict will once again take on a protracted nature without a clear prospect of completion.

I do not think that providing the Americans with military bases is in the interests of Tajikistan and Uzbekistan, ”says Kozyulin.

A similar view of the situation is shared by the political scientist and orientalist Andrei Areshev.

In a commentary on RT, he stressed that the Central Asian elites understand that the military presence of the US Armed Forces entails negative consequences for the internal stability and security of the entire region.

“The experience of the 2000s has clearly shown that the American military presence leads to a degradation of the situation both in the host country and in the region as a whole.

For Uzbekistan, for example, this turned into bloody events in Andijan in 2005, which Islam Karimov perceived as an anti-government rebellion.

In early May, US Special Representative for Reconciliation in Afghanistan Zalmay Khalilzad held talks with the leaders of Tajikistan and Uzbekistan.

However, in the official reports of these trips, there is no mention of the potential deployment of American troops - mainly, the meetings touched upon the problems of an inter-Afghan settlement.

To date, the United States has not sent requests to Dushanbe or Tashkent to deploy military units.

According to WSJ sources, Washington is still weighing the pros and cons.

Meanwhile, Uzbekistan has already stated that the country's doctrinal documents do not provide for the possibility of deploying foreign units.

"The fundamental documents in the field of defense have clear and precise answers to these questions - the prevention of the deployment of foreign military bases and facilities on its territory," RIA Novosti quotes a representative of the Ministry of Defense of Uzbekistan.

As you know, Tashkent's diplomacy is subordinated to the spirit of neutrality and non-interference.

The concept of foreign policy in force since 2012 prohibits the deployment of foreign troops in the republic, as well as the participation of Uzbekistan in any conflicts and military-political blocs.

"Maintaining a hotbed of tension"

According to the forecast of experts interviewed by RT, in the near future the United States may informally offer Dushanbe and Tashkent to deploy small groups of troops.

However, the Central Asian republics are unlikely to revise their national legislation and international obligations.

While Uzbekistan is officially committed to the principles of military neutrality, Tajikistan is bound to Moscow by allied obligations within the framework of the Collective Security Treaty Organization (CSTO).

“Speaking specifically about Tajikistan, as a member of the CSTO, he should consult with allies.

At one time in this organization, it was decided that the foreign presence must necessarily receive the approval of all allies.

Naturally, Moscow will not agree to this, ”explained Kozyulin.

In addition, analysts are confident that Tashkent and Dushanbe will not sacrifice good relations with Russia.

At present, along the military line, Moscow is building interaction with Uzbekistan in the format of "strategic partnership" and is preparing personnel for the republic's army.

In Dushanbe and Bokhtar, units of the 201st base, which is part of the Central Military District of the Russian Federation, have been deployed.

This is the largest military facility of the Russian Armed Forces abroad.

In general, Moscow's military presence in Central Asia, according to WSJ sources, is viewed by the American leadership as one of the factors hindering the transfer of American troops to the countries adjacent to Afghanistan.

During a visit to Dushanbe, the head of the Russian military department said that against the background of the degradation of the situation in neighboring Afghanistan, Moscow and Dushanbe are planning to jointly repel possible threats.

“Taking this into account (common tasks in the field of security. -

), we are providing support to the Tajik side.

We pay special attention to bilateral cooperation in the field of defense, as well as the functioning of the 201st Russian military base, "Shoigu stressed.

From the point of view of experts, the discussion regarding the possible deployment of American troops in Central Asia is dictated by Washington's desire to "compensate" for the loss of military influence in the region with the final withdrawal of the contingent from Afghanistan.

“It is not profitable for the Americans to leave Afghanistan.

The presence there is associated with the implementation of various geopolitical goals and, above all, maintaining a hotbed of tension near the borders of Russia and China.

But now we have to look for other options for continuing this policy, ”says Areshev.

According to the plans announced by the White House, the last American soldier must leave the territory of Afghanistan by September 11 this year - to the 20th anniversary of the terrorist attack on the United States, in response to which Washington and its allies launched Operation Enduring Freedom.

Earlier, Washington repeatedly postponed the deadline for the redeployment of troops, linking this process with the normalization of relations with the Taliban.

As a result, at the end of February last year, at the talks in Doha, Zalmay Khalilzad and the political leader of the Taliban, Mullah Abdul Ghani Baradar, concluded an agreement stipulating the withdrawal of all units of NATO member countries within 14 months, that is, until May 1, 2021.

However, the United States "did not meet" the established time frame and unilaterally extended the duration of the contingent's stay in Afghanistan.

Meanwhile, the preservation of the military presence of Washington and its allies in the republic impedes an inter-Afghan settlement - representatives of the Taliban refuse to sit down at the negotiating table until the complete withdrawal of the Western armed forces.

“The United States is looking for the most appropriate ways to continue fighting in Afghanistan with a promise to leave.

And it is beneficial for the Americans to gain a foothold in Central Asia.

Here they get a springboard for strikes against the Taliban and, at the same time, an irritant to Russia and China, ”argues Areshev.

Vadim Kozyulin also believes that the hypothetical redeployment of American troops from Afghanistan to Central Asia is aimed, among other things, at opposing Moscow and Beijing.

“The Americans, as in the situation with the deployment of the missile defense system, will argue that the transfer of troops to Central Asia has nothing to do with Russia and China.

But in reality, this is another destabilizing factor to which the Russian Federation and the PRC will have to react, if, of course, the scenario of redeployment is implemented.

There is no clarity on this issue yet, ”Kozyulin summed up.

** "Al-Qaeda" - the organization was recognized as terrorist by the decision of the Supreme Court of the Russian Federation dated 02.14.2003.