Two researchers from the United Arab Emirates University conducted a research study on "the molecular and cellular mechanisms of anti-diabetic properties found in camel milk", which is well-known for its beneficial therapeutic properties in combating diseases such as diabetes and cancer, with the aim of identifying active anti-diabetic agents. 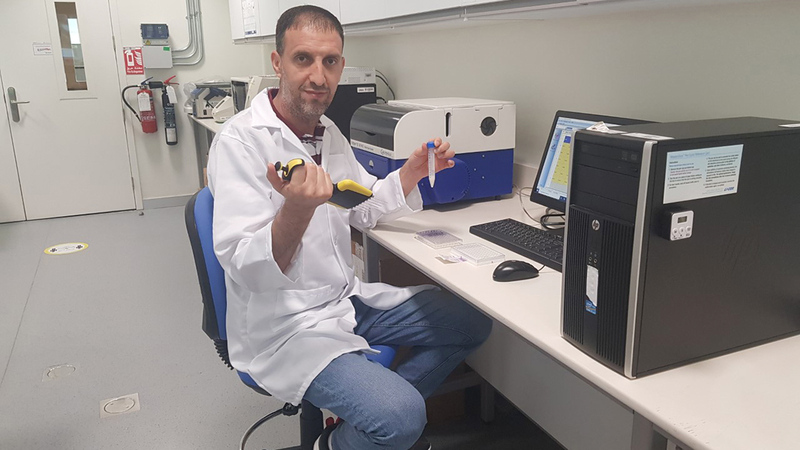 Two researchers from the United Arab Emirates University conducted a research study on "the molecular and cellular mechanisms of anti-diabetic properties found in camel milk", which is famous for its beneficial therapeutic properties in resisting diseases such as diabetes and cancer, with the aim of identifying anti-diabetic factors that are bioactive in parts of camel milk proteins. And understand how it works.

Camel milk helps to reduce the dose of insulin needed to control the level of sugar in the blood, and it works to improve the level of fasting blood glucose in the body.

Although many researchers from different countries of the world have studied the anti-diabetic properties of camel milk, what the active ingredients are, and the mechanism of their action at the molecular and cellular level, are still unclear.

Dr. Muhammad Ayoub, from the Department of Biology in the College of Science, and Dr. Sajid Maqsoud, from the Department of Food Sciences at the College of Food and Agriculture, conducted a study entitled “Molecular and Cellular Mechanisms of Anti-Diabetic Properties of Camel Milk by Determining the Features of Bioactive Peptides on Dipeptidyl Enzyme Peptidase-4 and Activity Insulin Receptors », with support from the Zayed Bin Sultan Center for Health Sciences at the United Arab Emirates University.

The study, which was recently published, proved that peptides extracted from camel milk positively affect human insulin receptors and glucose transport in cells.

The study revealed, for the first time, the pharmacological patterns and effects of camel whey proteins, and the peptide fractions derived from them on human insulin receptors, and their pathways affecting glucose homeostasis.

These new discoveries shed more light on the anti-diabetic properties of camel milk, by clarifying the molecular and cellular mechanism of its action, which constitutes a strong rationale for the use of camel milk in the management of diabetes.

These promising results may lead to huge breakthroughs in the war on diabetes, because this type of research leads to the emergence of a new generation of anti-diabetic compounds, which can be used in the manufacture of foods and functional products based on camel milk ingredients.

It is likely that studying the properties of camel milk will contribute to combating this chronic disease and reducing its repercussions in the UAE and the world.

These discoveries also play an important role in the economic growth of the UAE, especially in the field of discovery and manufacture of anti-diabetic medicines from camel milk components, especially since camels are one of the most important sources of economic wealth in the UAE, which leads to the opening of new investment opportunities for national and international capital and companies Medicines interested in diabetes control programs.

It should be noted that the study represents one of the few reports that provide more scientific findings on the hydrolysis output of whey protein, which may have an anti-diabetic effect.

It was published by the Journal of Diary Science (Volume 104, Issue 1), which is one of the most important scientific journals issued in this field worldwide, and is officially issued by the American Dairy Science Association.

It ranks fifth in the category of practical journals on agriculture, dairy products and animal sciences.