China will create "barriers" at the top of Mount Everest to avoid any covid infection being brought to China via climbers from the Nepalese side, state media reports. 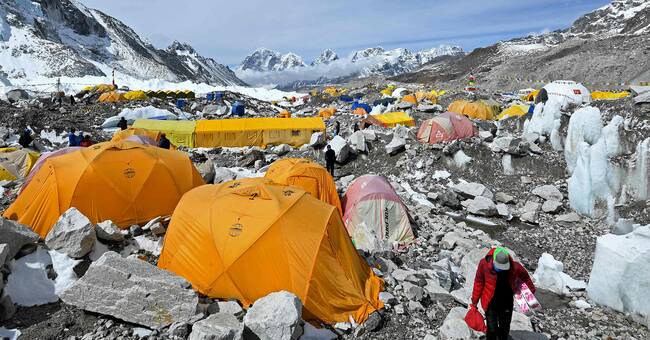 More than 30 covid-sick climbers have been evacuated from Everest base camp in Nepal.

The country is facing a severe wave of infections - about 20 new covid cases per 100,000 inhabitants and day are now reported.

Mount Everest stretches across the border between China and Nepal, and the northern side belongs to China.

Tibetan authorities say at a press conference that strict measures will be taken to avoid contact between climbers from the northern and southern parts.

At the top of the mountain, some kind of boundary will be set up, according to the state news agency New China.

Twenty Chinese climbers have this year been approved to climb to the top from the Chinese side.

They have been quarantined in Tibet since early April.

Since last year, due to the pandemic, it is forbidden for non-Chinese to touch the mountain from China.

In Nepal, on the other hand, a record number of permits have been issued this year to try to increase the number of visitors, as climbing tourism is an important source of income for poor Nepal.