Today, Saturday, the African Centers for Disease Control and Prevention warned that the continent could witness a wave of infections from the Corona virus similar to the record wave currently sweeping India. 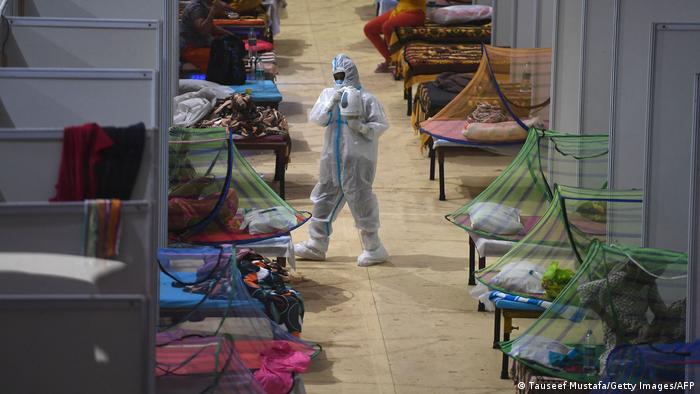 The African Centers for Disease Control and Prevention warned today, Saturday, that the continent could witness a wave of infections from the Corona virus similar to the record wave currently sweeping India.

John Nkengasung, director of the African Centers for Disease Control and Prevention Authority of the African Union, said that while the continent witnessed fewer injuries and deaths compared to Europe and other regions, while the pandemic enters a second year, the presence of mutated strains and low rates of vaccination could change this. .

Nkengasung was speaking at a joint meeting of African Union health ministers via cyberspace.

In the year in which the first cases of Coronavirus were recorded in Africa, 52 out of 54 countries witnessed a second wave of infections, while the second was more severe than the first in most cases.

And 13 countries witnessed a third wave of injuries.

Nkengasung pointed to the similarities with India, as the number of daily deaths had decreased from 1,000 per day in September 2020 to 150 per day in March 2021, rising to current record numbers of about 3,700 deaths per day.

West Africa witnessed a 10% decrease in daily injuries, while East Africa recorded a 16% decrease, despite suffering a third wave. Officials praised the countries' commitment to measures such as wearing masks and social distancing rules.

While the continental platform for vaccination has guaranteed 220 million doses of the Johnson & Johnson vaccine, and most African countries have signed the Kovacs initiative to provide vaccines to poor countries, the slow and uneven distribution of doses poses a threat to an increase in infections.

Only 1.14% of the continent's population has received the vaccination.

Moreover, the presence of new strains can accelerate the spread of the Coronavirus, as some have shown their ability to weaken the effectiveness of antigens and vaccines.

Four African countries have so far detected the common strain in India, according to the director of the African Centers for Disease Control.