"There is no need to talk about freedom of speech": how they plan to organize the work of the Center for Countering Disinformation in Ukraine

President of Ukraine Volodymyr Zelenskyy approved the regulation on the Center for Countering Disinformation. According to the document, the organization must "identify and counteract disinformation", improve the media literacy of the population and prepare analytical materials for the NSDC. According to experts, the creation of this institution was supported by external forces that seek to protect the population of Ukraine from "Russian informational influence." At the same time, Zelensky personally intends to use the new structure as a tool to increase pressure on the opposition, political analysts say. 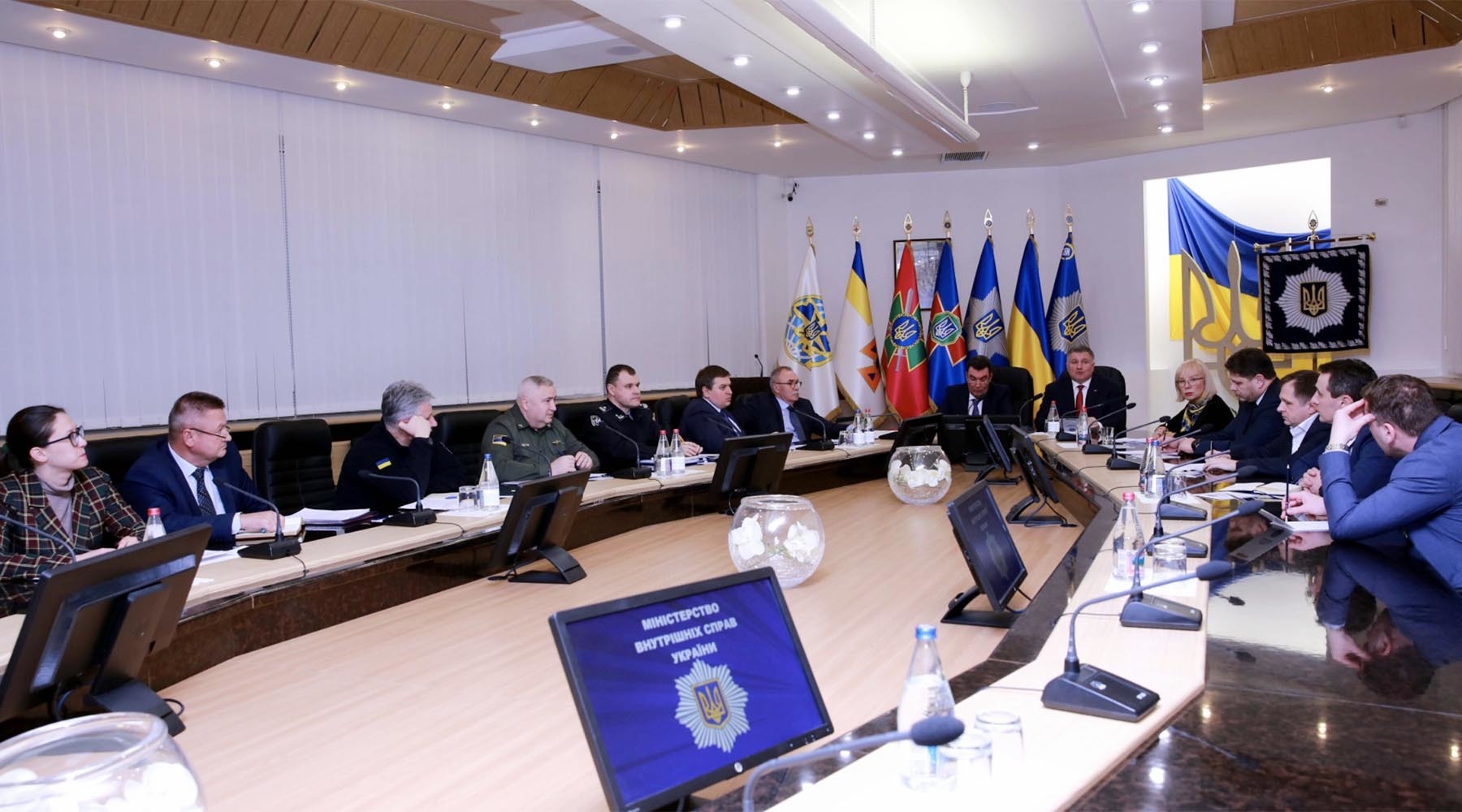 President of Ukraine Volodymyr Zelenskyy, by his decree, approved the regulation on the creation of the Center for Countering Disinformation (CPD), the press service of the office of the head of state reports.

The maximum number of employees in this organization is 52 people.

The head of the CPD is appointed by the President of Ukraine.

In the process of creating the structure, Polina Lysenko was appointed to this position, who had previously worked in the National Anti-Corruption Bureau of Ukraine (NABU), the Prosecutor General's Office and PJSC "Ukrainian Railway".

The Center for Countering Disinformation is directly subordinate to the National Security and Defense Council (NSDC) of Ukraine.

The secretary of this department carries out the general coordination of the activities of the JCC, the staff of which, in turn, is obliged to monitor the information space and provide the NSDC with analytical materials.

The nominal purpose of the work of the center established by Zelensky is to counter "threats to national security and national interests in the information sphere."

It is assumed that in practice the JRC will counteract "disinformation, propaganda, destructive informational influences and campaigns", and also "should prevent attempts to manipulate public opinion."

“In addition, the center will participate in the development and implementation of an information security strategy, analysis of the state of its implementation, in particular in countering disinformation,” the press service of the Ukrainian president said.

As an RT source in Zelensky's office explained, the head of state pays great attention to how the media cover his activities.

In this regard, the JRC will be entrusted with the function of overseeing the negative, which is published in its address.

“Now the Ukrainian media, which dare to openly criticize the president, can be counted on the fingers of one hand.

Let me remind you that some of the sites have already been blocked.

Zelensky announced the need to create a Center for Countering Disinformation in Kiev back in September 2020, speaking at the online debate of the 75th session of the UN General Assembly.

He named Ukraine one of the countries that has been “actively opposing propaganda and information attacks” since 2014.

March 11 during the forum “Ukraine 30. Culture.

Tourism ”, a presentation of the JRC took place.

According to the Minister of Culture and Information Policy of Ukraine Oleksandr Tkachenko, the center will track "fakes" and work to improve the media literacy of citizens.

Such activities, according to the head of the department, will help to fight more effectively the manipulations of the "aggressor country".

“Moving in this direction in cooperation with the NSDC, with the office of the Deputy Prime Minister for European Integration, the Ministry of Foreign Affairs, the Ministry of Digital Affairs, we hope in the near future to respond to the challenges that“ Russian propaganda ”gives us,” Tkachenko said at the CPD presentation.

In turn, the head of the presidential office, Andriy Yermak, said that modern Ukraine is a country where "counter-information, primarily from the Russian Federation, is used constantly."

However, according to the official, Ukraine has accumulated considerable experience in countering Moscow's "propaganda".

Kiev plans to turn the CPD into an international structure for collecting and analyzing information to ensure the "security" of Ukraine and provide "assistance" to its partners.

Yermak announced this on April 6 at a meeting with the ambassadors of the G7, Finland, Israel, as well as with the heads of the EU and NATO missions in Kiev.

“I hope that the Center will become not only a Ukrainian center for countering disinformation, but also an international one ... We want our counteraction and prevention to protect not only us, but also our partners.

I think that each country has its own sad experience of disinformation spread by the Russian Federation, ”Yermak said.

It is worth noting that the initial plans of Kiev included the opening of the international Center for Countering Disinformation - Zelensky spoke about this at the debates of the 75th session of the UN General Assembly.

However, the Ukrainian authorities failed to attract representatives of foreign countries, and the CPD started working as a Ukrainian organization.

The new state body will become one of the elements of the emerging infrastructure aimed at combating the "information influence" of Moscow.

So, in early April, the Center for Strategic Communications and Information Security began work in Ukraine.

This institute is subordinate to the Ministry of Culture, but, in the words of Tkachenko, "will be in communication with the NSDC."

"Under the control of the president"

Experts interviewed by RT believe that the activities of the Center for Countering Disinformation will be predominantly repressive.

The materials prepared by the JRC will be used by the authorities to justify new sanctions and criminal prosecution of media resources working for the Russian-speaking audience and any other media that are objectionable to the president's office.

As the director of the Ukrainian Institute for Policy Analysis and Management Ruslan Bortnik explained in a commentary to RT, by and large the Center for Countering Disinformation "will fight Russian influence in the media space and what the supreme power does not like."

“According to its legal status, this center will become another advisory body under the NSDC.

But it is obvious that his materials will be under the control of the president.

They can be transferred to law enforcement agencies, and then become the basis for imposing sanctions or taking other repressive measures, ”Bortnik predicts.

Let us remind you that in February opposition Ukrainian TV channels ZIK, 112 Ukraine and NEWSONE fell under the NSDC's restrictive measures.

According to Zelensky, these media misled citizens by inadequately covering key issues for the country, including the conflict in Donbass, which was called a civil war in the stories.

The revocation of the broadcasting license for three TV channels contradicted the constitution of Ukraine, but was nevertheless supported by Western states.

According to a RT source in the Servant of the People party, the Center for Countering Disinformation was also established with the approval of the United States.

“Americans do not like the fact that officially banned Russian TV channels continue to be watched in the regions of Ukraine.

They want to shape the “right” agenda with the help of loyal media and other institutions.

Moreover, such a policy does not cost them much, ”the source said.

The interlocutor of RT in the Ministry of Culture of Ukraine also believes that the United States intends to minimize the access of Ukrainians to Russian-language media.

The Center for Countering Disinformation will work in this direction.

“The United States does not hide that it supports the“ independent ”media broadcasting in Ukraine in the state language.

But journalism in the country is at a low level, and it is very difficult to attract the attention of the audience, especially with the development of the Internet.

The Center for Countering Disinformation will become an additional tool in the fight against Russian propaganda, ”said a representative of the Ministry of Culture.

According to Ruslan Bortnik, the United States and other countries participating in the G7 really expect that with the launch of the CPD, Kiev will be more effective in combating "Russian information influence."

However, according to the political scientist, the president's office intends to use the JPC to a greater extent as a lever of pressure on political opponents.

“The establishment of this center means that the information competition of various political forces in Ukraine will proceed outside the framework of democratic principles.

If society lives in the legal field, then a separate institution is not needed at all to counteract “fakes” - it is enough to expand legislation and bring violators to justice in court, ”Bortnik explained.

Sergei Margulis, a RANEPA teacher, has a similar view of the situation.

According to the expert, the CPD is necessary to reduce the popularity of the Russian media and increase pressure on the Opposition Platform - For Life (OPLZ) party, which is eating up the ratings of the pro-presidential Servant of the People party and Zelensky himself.

“There are many justifications for the creation of this center, but, as I think, it is primarily aimed at countering Russian TV channels, which are still popular in Ukraine, and combating LEO. Zelenskiy kind of warns that media outlets that criticize him or deviate from the official agenda could be badly hurt. Of course, there is no need to talk about freedom of speech in such conditions, ”concluded Margulis.