Replacing the U.S. as the world's largest inflow of foreign capital, China's economy is resilient 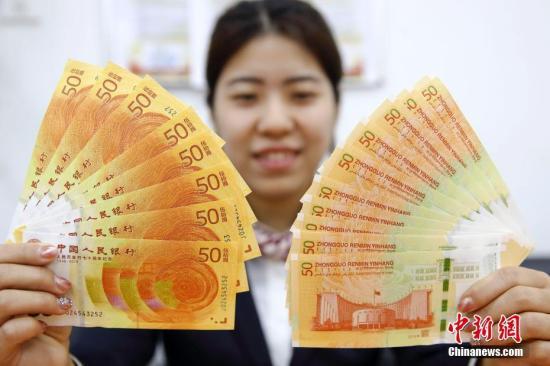 China has surpassed the United States to become the world's largest investment destination.

Over the decades, China has grown step by step from an obscure "marginal man" to an indispensable "trade giant" in the world today.

Along the way, China's development has been accompanied by various voices of recognition and doubt.

But no matter in the past or in the future, no matter how the external environment changes, China will use facts to prove its strength to everyone.

According to data released by the Organization for Economic Cooperation and Development on April 30, due to the impact of the new crown epidemic, the scale of global foreign direct investment (FDI) fell by 38% in 2020 to 846 billion U.S. dollars, the lowest level since 2005.

In a "headwind" environment such as the new crown global pandemic, China is one of the few major economies that maintain growth.

Against the background of a sharp decline in the total global FDI, China's FDI in 2020 will increase by 4% against the trend, reaching a total of 163 billion U.S. dollars.

"Global Finance" stated that this "symbolic blow" to the United States, which has ranked first for decades, is very significant.

The BBC commented that China has replaced the United States as the new foreign power.

The Wall Street Journal analyzed that the investment figures for 2020 highlight that China is moving towards a long-term position as a global economic center dominated by the United States.

Raleigh, a visiting researcher at Oxford University’s Kellogg College, believes that this has an impact not only on the economy, but also on politics and culture.

China not only plans to attract more foreign capital in the future, but also uses its overseas investment to promote China's growth and global influence.

On April 27, two economists from the United Nations Conference on Trade and Development published an article stating that China’s rapid economic development over the past 25 years has lifted more people out of poverty, more than anywhere else in the world.

China has quickly risen from a "marginal man" who accounts for less than 1% of global trade to a "trade giant" who does my part.

China's economic development is perhaps one of the most unprecedented stories in modern history.

In the late 1970s, China began a series of reforms to upgrade its economic level and open up to the world.

Although its share in global trade has gradually increased, China's participation in the global economy is still far below its potential.

It is the formation of global value chains and accession to the World Trade Organization that allowed China to embark on the road to becoming a manufacturing powerhouse.

In 2001, China's accession to the World Trade Organization enabled the global value chain to reliably realize China's potential as a manufacturing powerhouse, thereby enabling its exports to the rest of the world to increase significantly.

By 2010, China was the undisputed "export champion" in the world.

"Many people are popular", but China is tenacious

As the saying goes, "popular red is a lot of right and wrong."

The "rise" of China, the "trade giant", has attracted some skepticism while admiring people.

UNCTAD mentioned that concerns about government subsidies, trade quotas, intellectual property rights and exchange rate controls have always been the focus of controversy.

However, facts have proved that China's exports have shown good flexibility and strong resilience despite the trade tensions with the United States and the deterioration of relations with the European Union.

Precision instruments, industrial machinery, computers, and smartphones... In the past 20 years, China's importance in the global production system has continued to increase.

It is worth noting that UNCTAD stated that China's strong resilience has also allowed its exports to quickly recover from the epidemic. Even in the case of an overall decline in trade volume across the industry, China can thrive and achieve growth.

UNCTAD specifically emphasized that the strong recovery in China's trade is admirable.

Even compared with the first quarter of 2019 before the outbreak, it still increased by 27%, equivalent to US$150 billion.

"The New York Times" stated that China is already the world's largest manufacturer and will expand its lead in 2021.

Despite the "trade war" and tariffs, when factories elsewhere were unable to meet demand, American and European companies turned to Chinese parts and goods.

The status of China's trade in the global economy is becoming more and more important. As UNCTAD said in the article, China is likely to remain the world's leading exporter in the near future.