Nigeria: Afaka student and ex-hostage testifies to her harsh captivity

Kidnapping is on the rise in Nigeria. About thirty Afaka students, kidnapped two months ago, finally reunited with their families two days ago. One of those ex-hostages, Fat ... 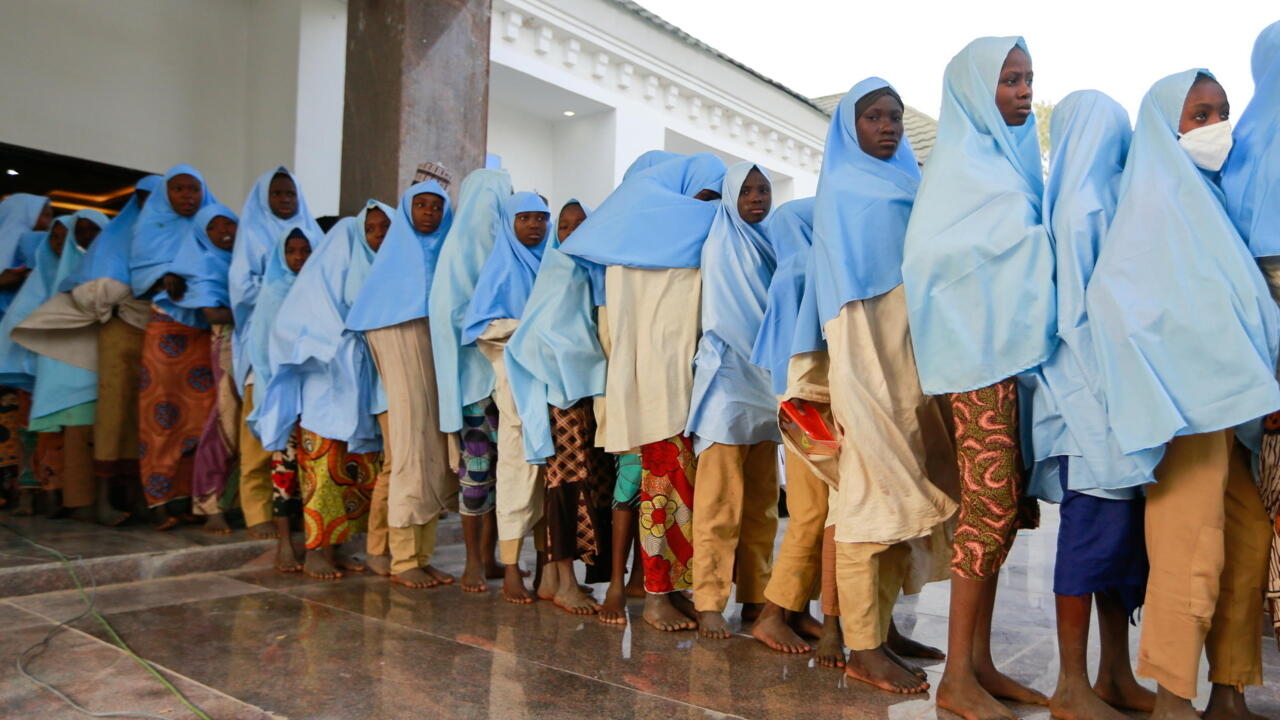 Nigeria: Afaka student and ex-hostage testifies to her harsh captivity

High school girls kidnapped in Jangebe when they were released on March 2, 2021, in Nigeria.

Kidnapping is on the rise in Nigeria.

About thirty Afaka students, kidnapped two months ago, finally reunited with their families two days ago.

One of these ex-hostages, Fatima, who was pregnant during the kidnapping, told RFI en Hausa about the ordeal they endured during their captivity.

Their torment began immediately after their kidnapping, according to this young student.

She tells the microphone of our colleague Aminu Sadi Sano, how their captors had driven them away at full speed from the area where they had captured them.

We walked for almost two hours in the middle of the forest before joining the group of male students.

We walked for two more hours before reaching a place where our jailers had parked their motorcycles.

Then we drove two hours on their motorcycles.

Long forced marches, incessant beatings, daily brutalities ... Fatima then returns to the ordeal she endured during her two months of captivity: “

Yes, we suffered, I don't know how to describe it, but we have suffered a lot. Since I was born, I have never walked so long. In addition, they attacked us all the time. Sometimes they hit us with sticks, sometimes with the butt of their rifle or whatever. They were particularly violent when they could not contact our parents to demand a ransom. It made them angry and they hit us. I was two months pregnant, but with everything I went through, I miscarried and lost my baby.

Many other young students are still being held hostage in this state in northwestern Nigeria, including sixteen from Greenfield University kidnapped on April 20.

Their families live in anguish, while five of their comrades have already been shot dead by their jailers.

Nigeria: the wave of student kidnappings affects the whole country