The wave of unrest in the last tense weeks in Jerusalem has reached one of the most sensitive places in the world: the Esplanade of the Mosques. The clashes in ... 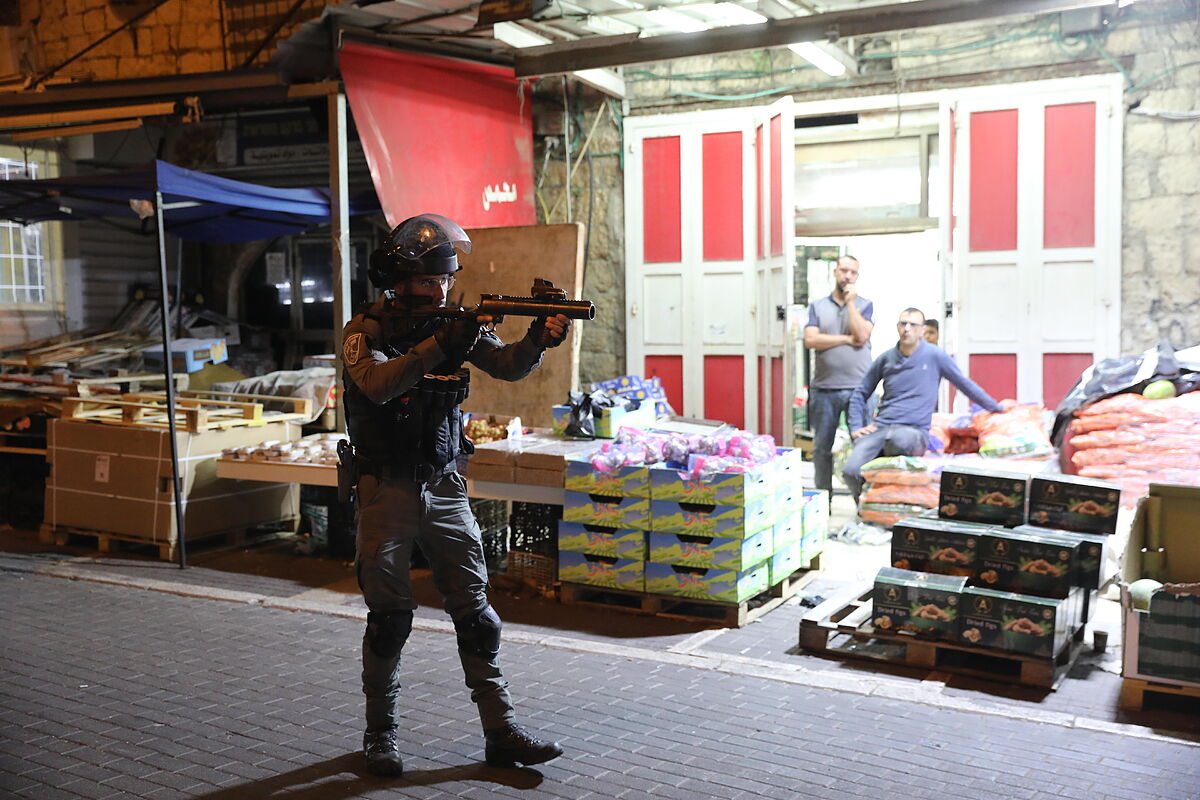 The wave of unrest in the last tense weeks in Jerusalem has reached one of the most sensitive places in the world: the

Esplanade of the Mosques

. The clashes in this shrine - where the Al Aqsa and Omar mosques are located and which Jews consider to be the Temple Mount -, located above the Western Wall and in other parts of East Jerusalem, left a balance of

. The fire of the Holy City can reignite the violence between the two parties.

, the Israeli police reply that they acted in response to the throwing of stones, cobblestones and other type of objects against its troops deployed in the entrances and the disorders of thousands of Palestinians.

At least ten Palestinians have been arrested.

The Israeli security services have raised the alert in Jerusalem, the West Bank (where yesterday two Palestinian militiamen were killed and a third wounded after attacking an Israeli military base) and around the Gaza Strip regarding the possibility of projectiles from the factions. armed. "It is impossible to tolerate what happens in Jerusalem,

the enemy must await our response

at any time," warned the leader of Islamic Jihad,

as Hamas, which controls Gaza, asked the Palestinians to go out to confront the Israelis in the West Bank and East Jerusalem and warned:

"Israel will pay the price for its attacks on Jerusalem

has shown his support for the Palestinians in Jerusalem and has held Israel responsible for the clashes by calling for an urgent meeting of the UN Security Council.

After the shocks of this Friday night, whose intensity is not remembered in the Esplanade of the Mosques in recent years, the feeling is that more than the climax it may be the prelude to a more violent scenario. In this sense

, dates with great potential for friction are approaching, such

as the Muslim religious celebration

(Night of Destiny) on Saturday night or the Israeli commemoration on Monday, with the usual parade of flags including in the old town, of the takeover of East Jerusalem in the war of '67.

In the background of the last month,

mutual attacks by Israelis and Palestinians

, the dispute over access to the Damascus Gate in Ramadan, the decision of Abu Mazen to postpone the Palestinian elections scheduled for the end of the month with the consequent discomfort of his rivals such as Hamas that it has increased its calls for attacks in the West Bank and Jerusalem and especially the enormous tension in Sheikh Jarrah.

a Jerusalem court ruled in favor of Jewish families

who claim to have evidence. that they were property of the Jews before Israel's independence and war in 1948 when the area was under Jordanian control until 67. While the Israeli authorities limit it to a "real estate judicial dispute" and denounce

"incitement to violence and attacks by Palestinian radicals, "

the Palestinians denounce that" it is part of the plan to Judeanize "the town.

Shaykh Jarrah is one more symbol in the political, territorial and religious conflict of the two peoples around Jerusalem.

In a new chapter in the struggle for the claim of sovereignty.

Several Arab countries - including Egypt and Jordan - Iran and Turkey have harshly condemned the police raid on the Esplanade of the Mosques as well as the "attempts to evict Palestinian families from their homes in Sheikh Jarrah."

The United States has called on Israelis and Palestinians "to act decisively to reduce tensions and stop the violence."

"We are extremely concerned about the ongoing clashes in Jerusalem

"It is absolutely essential that all parties act with restraint, refrain from provocative actions and rhetoric," advises US diplomacy, which fears, like many in the area, that the clashes will get out of control and spread, leading to a new escalation between Israelis and Palestinians. .

Middle EastMore than 100 injured in night riots in Jerusalem