For Holstein Kiel, things are currently running to measure. With the 4-0 win against St. Pauli, the storks celebrated their fifth home win in a row. The chances of advancement are excellent. 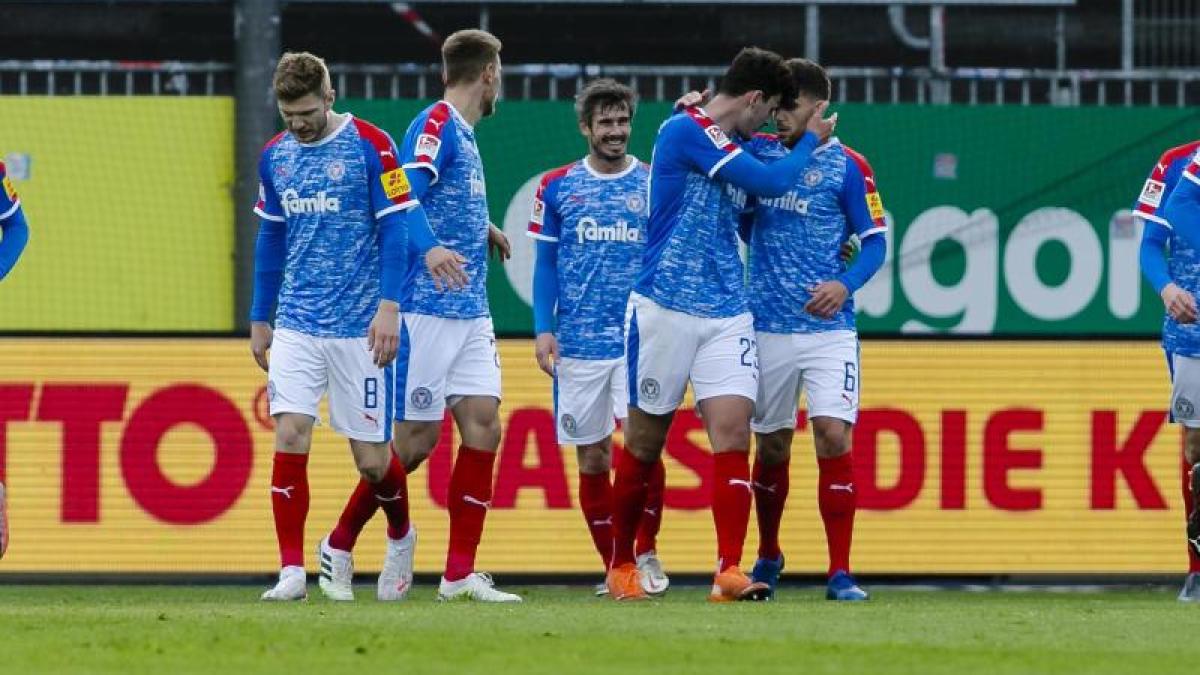 Kiel (AP) - After Holstein Kiel's offensive gala, the pressure on the big north rivals Hamburger SV with new coach Horst Hrubesch in the promotion of the 2nd Bundesliga has increased.

And because of the long compulsory Corona break, they still have a game up their sleeves.

Also in comparison to Hamburger SV (52), who received 1. FC Nürnberg on Monday (8.30 p.m. / Sky) in the debut of Thioune's successor Hrubesch and is now even more forced to win.

"It was important for promotion that we win this game," said double goal scorer Fin Bartels after the unexpectedly clear victory over the best second division team.

St. Pauli started strong and had good chances, but the home side scored the goals.

Ahmet Arslan (22nd), Bartels (24th / 49th) and the outstanding Janni Serra (67th) scored for Kiel, which has won three of its four point games since the two 14-day corona quarantine and has lost none of them.

Bartels: "We scored the goals at the right time."

Bartels was asked whether they would have impressed HSV, who had started the season as a promotion favorite, even more.

And before HSV intervenes again on Monday evening, the Kielers have to go back to work at 6.30 p.m.

Against Hannover 96, another home win would further nourish the first division chances.

The chances are good, the Kielers have recently celebrated five successes in a row in the Holstein stadium at home.