Germany: five things to know before Bundesliga "super Saturday" Berlin (AFP) Title match for Bayern, record hunt for Lewandowski, preview of the cup final ... everything you need to know to follow the "super Saturday" of the Bundesliga, three days before the end. . Bayern one step away from the title With seven points ahead of Leipzig, Bayern will be crowned champions for the ninth time in a row if the gap remains the same on Saturday. The RB moves at 3:30 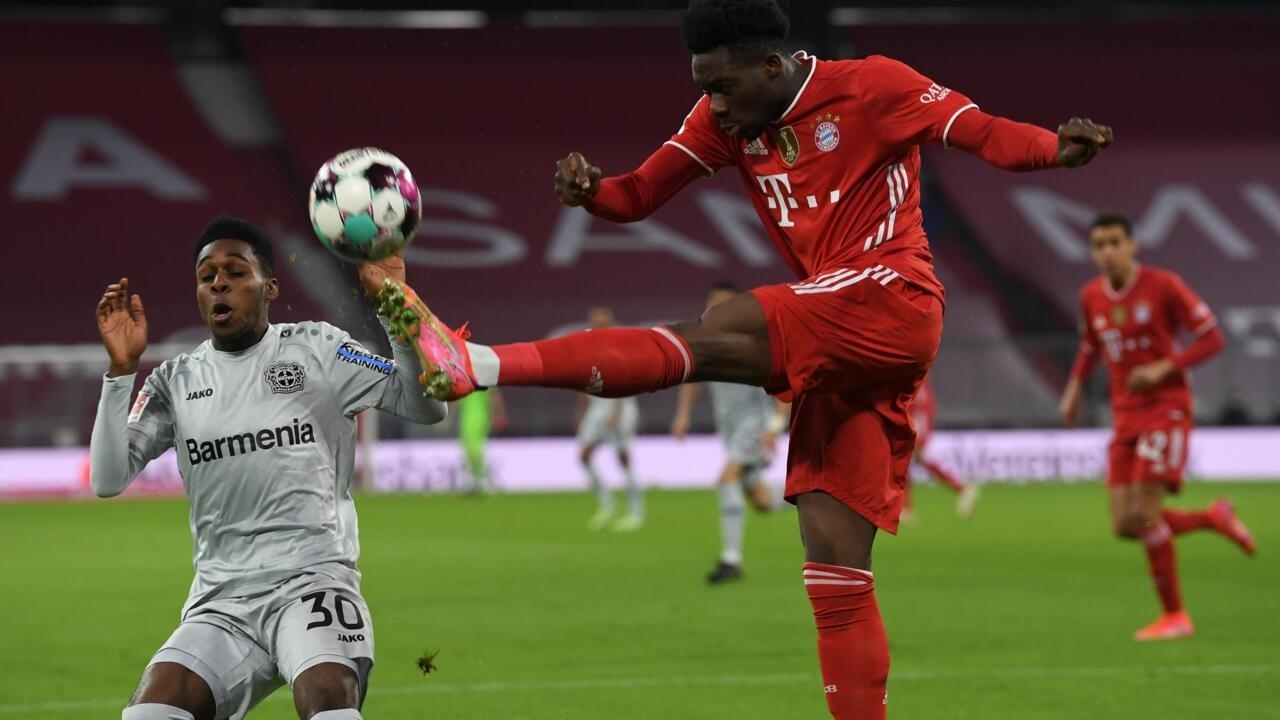 Title match for Bayern, record hunt for Lewandowski, preview of the cup final ... everything you need to know to follow the "super Saturday" of the Bundesliga, three days before the end.

Bayern one step away from the title

With seven points ahead of Leipzig, Bayern will be crowned champions for the ninth time in a row if the gap remains the same on Saturday.

Munich will therefore know the result when their home match against Mönchengladbach kicks off (6.30pm / 4.30pm GMT).

Manuel Neuer and his teammates will have to do as well or better than Julian Nagelsmann's men to lift the "Schale", the Bundesliga winner's trophy.

Final before the final

If the Premier League offers itself on Saturday a repeat of the Champions League final with Manchester City-Chelsea, the Bundesliga offers it with Dortmund-Leipzig a preview of the German Cup final, scheduled for Thursday in Berlin (8:45 p.m. / 18:45 GMT)).

Given the stakes in the league, the two coaches say they will not try to bluff.

Even Nagelsmann, who could afford to let a few executives rest, assured that it was not in his plans: "We will spare no player if he is in good shape," he said, "we will play. this game thoroughly and to win it ".

Lewandowski on the trail of the "Bomber"

Robert Lewandowski, who had scored 35 goals after 26 matches, appeared to be on a highway to break the record of 40 goals in one season of the legendary Gerd Müller, the "Bomber" ("Bombardier"), established in 1971/72 in the same jersey from Bayern.

But his injury at the end of March caused the Pole to miss four matches.

He scored again on Matchday 31, and now has only three games left to strike at least four times to tie Müller.

This race for the record "is a challenge in the head to be always ready, to always be hungry", admitted Lewandowski, who assures that he would have no qualms about scoring the goal of the record from the penalty spot if the occasion arises. presented: "I am sure that Gerd Müller would like it and understand it", he assured.

At 75, Müller suffered from senile degeneration and ended his life in a specialized establishment.

If he is titled, Bayern will be entitled to sport a fifth star on his jersey next season, having won 30 titles since the creation of the modern Bundesliga in 1963/64.

In the historical ranking, the "Rekordmeister" already reached 30 titles last year, but the very first dates back to 1932 and is not selected for the award of stars.

The star rating in the Bundesliga is as follows: one star for three titles, two for five titles, three for twenty titles and five for thirty titles.

Rose, Flick, Nagelsmann ... the waltz of the coaches

Bayern, Mönchengladbach, Dortmund and Leipzig, headliners this Saturday, will all change coaches at the end of the season.

Hansi Flick will leave his place at Bayern to Julian Nagelsmann, probably after offering the title to his leaders as a departure gift, just to put a definitive end to the psychodrama caused in April by his decision to slam the door.

Nagelsmann, at 33, is preparing to win with Leipzig his first honorary title of vice-champion of Germany (after two third places with Hoffenheim and Leipzig), before perhaps his first "real" trophy Thursday in the cup.

But next year in Munich, any place other than the first will be considered a failure for him.

In Dortmund, Edin Terzic will have succeeded in his interim if he manages to qualify the team for the next C1.

Then he will leave the bench to Marco Rose, the current technician from Mönchengladbach.

It is expected that Terzic will become deputy again, as he was under Lucien Favre.

But the success helping, the media are now questioning his chances of landing a contract as head coach in another professional club.