The start with FC Augsburg was unsuccessful for coach Weinzierl. Nevertheless, the returnee gets praise from his players after the 1: 2 in Stuttgart. 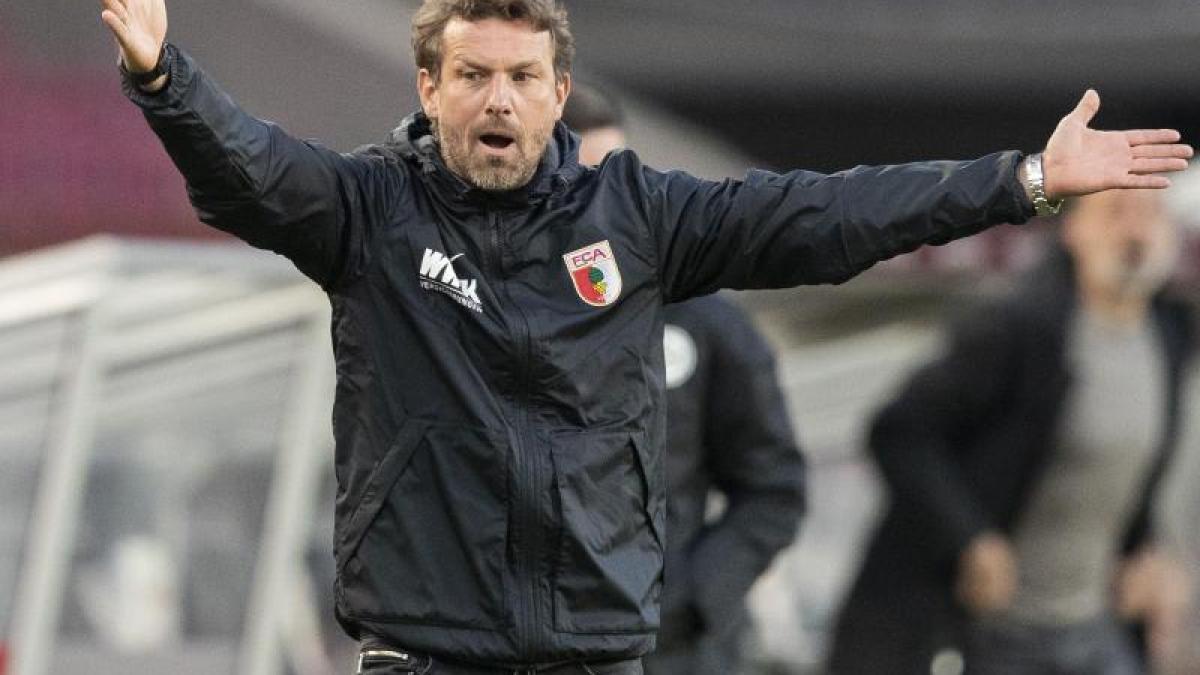 Stuttgart (AP) - Markus Weinzierl made no secret of his frustration with the failed comeback at FC Augsburg.

Noticeably disappointed and without a single smile, the old and new coach spoke about the 1: 2 (0: 1) at VfB Stuttgart.

But the performance of his team gives the 46-year-old hope.

Commitment, will, courage - almost everything went in the direction he wanted on the debut of the new old man, only the Bavarian Swabians didn't score the goals.

While the Augsburgers in the fight to stay in the Bundesliga are coming under increasing pressure before the season's end spurt, VfB is relieved.

UMSCHWUNG: «I have seen all virtues.

I know we played a good away game, ”said Weinzierl.

His team had "better scoring chances", they just had to reward themselves.

"The boys really deserved it."

Nevertheless, the changes under Heiko Herrlich's successor were clearly visible.

"Today we had a very clear plan for how we wanted to play," said André Hahn.

“You saw today that we can do it differently.

We just have to hit the gate. "

COMEBACK: What should encourage Augsburg before the relegation thriller against Werder Bremen next Saturday is Florian Niederlechner's goal (59th). Under Herrlich the attacker was only a supplementary player, in Stuttgart the former striker met for the first time since the end of February. "That was not an easy time for me in the last few weeks, I understood it in no time," said Niederlechner at DAZN about the time with Herrlich. "Markus Weinzierl came, expressed his confidence in me right from the first training session, and spoke strongly to me."

KEEPING IN CLASS: After the victory, the Stuttgart team are also mathematically certain to stay in the league.

"Congratulations and thanks for many wonderful and exciting games to the team and the whole team," said VfB President Claus Vogt on Twitter.

Philipp Förster (11th minute) and Sasa Kalajdzic (74th) ensured the success of the promoted team with their goals.