Bayern opened the season with an 8-0 win against Schalke, and celebrated winning the title with a shooting festival against Gladbach. The ninth championship in a row is already set before the kick-off. 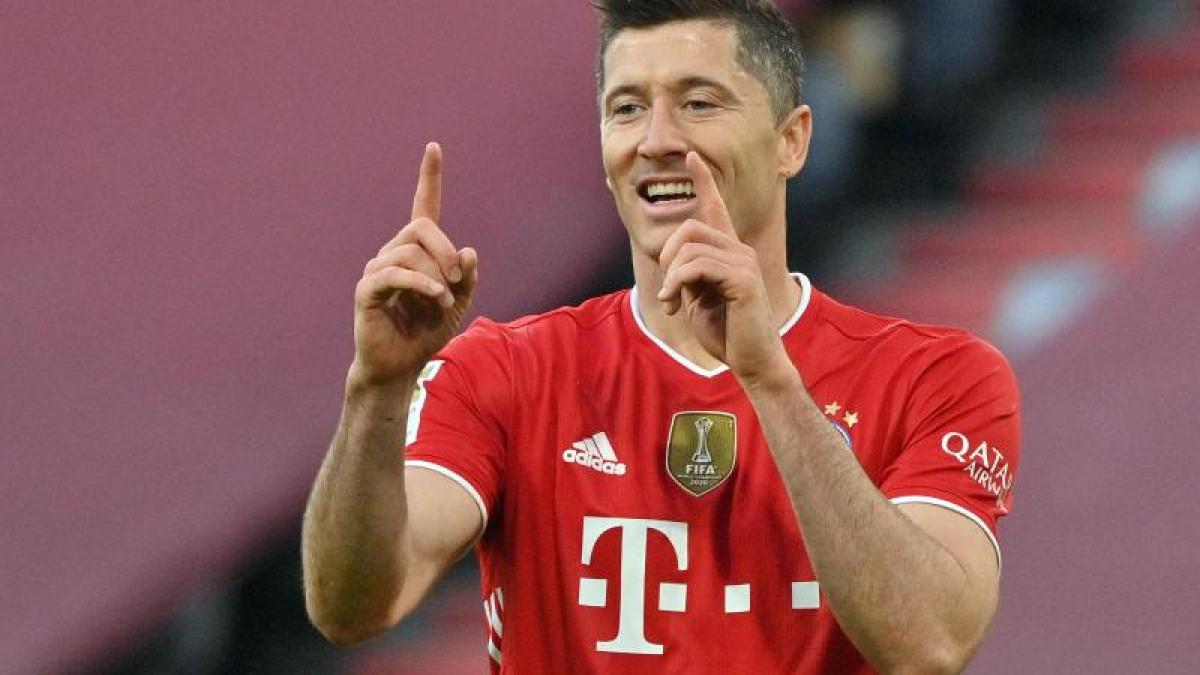 Munich (dpa) - The 31st championship was celebrated by the Bayern professionals as TV viewers in the cabin, after which they celebrated the addition of the title with a gala on the Allianz Arena lawn.

At the easy-going 6-0 (4-0) against a trellis of Gladbach Borussia, the title collectors of the outgoing coach Hansi Flick demonstrated impressively who is the best team in Germany.

World footballer Robert Lewandowski, as the man of the game, came very close to Gerd Müller's almost 50-year-old 40-goal record with his season hits 37, 38 and 39.

On the remaining two match days, the 32-year-old Pole can not only be trusted to equalize the record of the former Bayern “bomber”, but to surpass it.

After the 2: 3 defeat of pursuers RB Leipzig in Dortmund a good hour before kick-off in Munich had made the ninth championship in a row mathematically perfect, Lewandowski and colleagues did not experience a drop in tension, but pure pleasure followed Football, scoring goals and winning.

The outstanding offensive around Lewandowski (2nd / 34th minute), Thomas Müller (23rd) and Kingsley Coman (44th) was able to let off steam to their heart's content until the break.

The big Bayern evening was bitter for Tanguy Nianzou.

The young Frenchman saw the red card (75th) after his substitution after video evidence because of an emergency brake against Gladbach's Breel Embolo.

The people of Gladbach stood in line on the square.

They could not prove that they are still fighting for a place in the European Cup.

Only participation in the new Europa Conference League is a feasible goal for coach Marco Rose's team.

Bayern had just arrived at the arena with their two red team buses when they witnessed Dortmund's 3-2 winning goal against Leipzig in the catacombs. "Of course everyone was a bit happy," Flick reported on Sky. The 56-year-old ends his Bayern era, which ended prematurely at the end of the season, with the seventh title. It was "a pleasure" for him to be able to work with this team, said Flick, whose future is seen at the DFB - as the successor to national coach Joachim Loew.

The designated chairman of the board, Oliver Kahn, spoke of an “unbelievable achievement” by the Munich team.

For the tenth championship title in a row, "we're hot again," said the former national goalkeeper at Sky.

There is no feeling of satiety.

Flick had "a huge part" in the renewed success.

It had «succeeded again in welding this ensemble of top stars together».

Gladbach coach Rose had congratulated the Munich team in a TV interview before the game started.

He called them a “worthy champion” and “the best team in Germany”.

In addition, the future Dortmund coach praised the “mentality” of the Bayern professionals.

As if to prove it, Lewandowski and his colleagues then triumphed against his team.

Bayern opened the season with an 8-0 win against Schalke, and they completed the title hunt with the Schützenfest against Gladbach.

For attacker Müller and the Austrian David Alaba, who is leaving the club at the end of the season, it is the tenth championship title, making them the Bundesliga record champions among the players.