Ciudadanos has once again been hit by casualties in a new trickle of resignations that aggravates the party's crisis. They arrive after the orange formation is ... 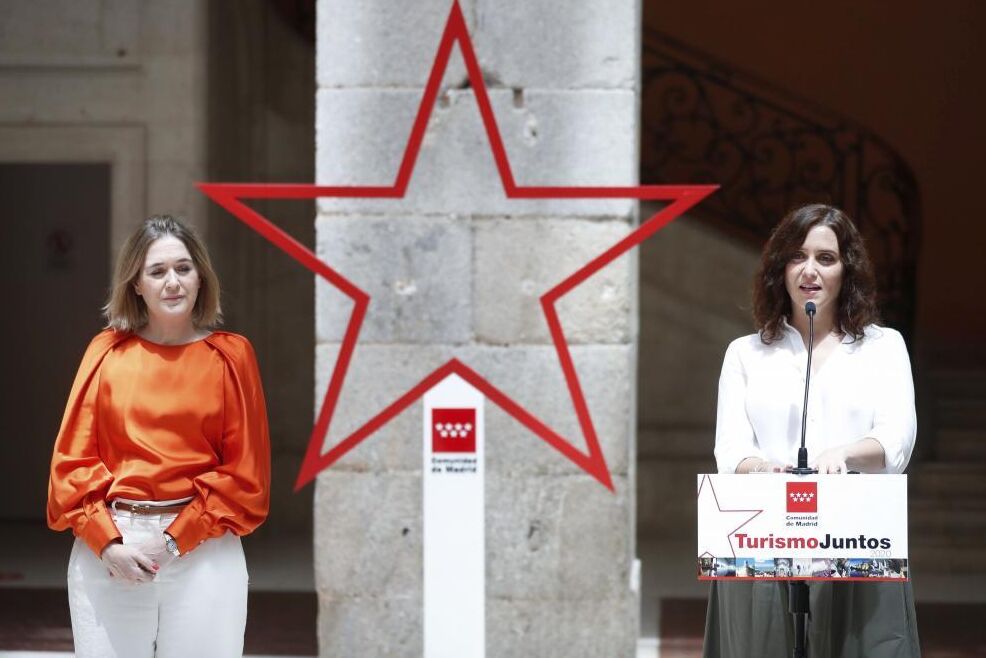 Ciudadanos has once again been hit by casualties in a new trickle of resignations that aggravates the party's crisis.

They arrive after the orange formation crashed in the Madrid elections last Tuesday, in which it lost all of its deputies in the Madrid Assembly after failing to reach 5% of the votes.

The most important blow has occurred in the Valencian Community.

Four of its deputies are erased from Ciudadanos with the argument that the party is being a "crutch of sanchismo", but they keep their minutes and become part of the non-affiliated group.

Among them are the one who was deputy spokesperson,

, the parliamentarian who recently entered to replace the march to the PP of the former leader of Cs in the Valencian Community, Toni Cantó.

The other two are

This implies that the second most important parliamentary group left to oranges, with Andalusia, drops from 18 to 14 deputies and now becomes the fourth force in Les Corts behind Compromís. The party demands that they return the minutes and "regrets, condemns and rejects this type of behavior as regrettable as it is shameful on the part of those who degrade politics to the lowest levels, when they put the seats they have received under common acronyms to the service of personal interests ».

On the other hand, the resignation as affiliate of Marta Rivera de la Cruz is confirmed to, predictably, repeat as independent as Minister of Culture of Isabel Díaz Ayuso, who has always expressed her desire to have her.

That is why in the orange party they already expected this movement and that they describe their case as "different" from the others.

Rivera, in addition to having made an applauded management as a counselor, has had a relevant career within as a leader and deputy.

The PP accelerates the offensive

The new wave of casualties occurs after EL MUNDO revealed that the PP was going to accelerate the absorption of Cs positions after interrupting that process due to the Madrid elections.

The offensive has been resumed with the aim of catching "local, provincial, regional and national" positions.

At the head of the operation is, from his new office in Genoa, the former secretary of Cs Organization,

, who is preparing a "staggered" landing.

In Cs there is anger at this destabilizing strategy, but they do not raise their voices to respond.

They only emphasize their desire to look to the future together with the thousands of members who will continue in the party.

, who reappeared this Friday in an act, did not show special empathy or support for Arrimadas in this crisis. «To those who are inside [of Ciudadanos], luck and success, and to those who are outside, all my love, because I do not distinguish between good and bad citizens. In fact, I insisted on uniting very diverse people in a project, people who came from the PSOE, civil society and the PP joined in, "said the former

at an event organized by

Likewise, he did not want to comment when asked about the critical situation of Cs.

He pointed out that he was not doing it "out of respect for those who do have to make decisions and are exercising."

«Of course I have seen the results in Catalonia, Madrid and Murcia, I have seen it all, but precisely because of all that the best I can do is not to comment in public," he said, since "the last thing one can do in life is longing for yourself.

PoliticsEl Ciudadanos 'post-Cantó' seeks another approach to the PSOE: "On certain issues it is closer to us"

INTERVIEWoni Cantó: "Going to an act with Isabel Díaz Ayuso is like going with Madonna"