For months, critics have been saying: Europe doesn't need Russia's vaccine. Nevertheless, politicians like Markus Söder or Manuela Schwesig want to buy him - and risk political division. Now the facts show why the critics were right. 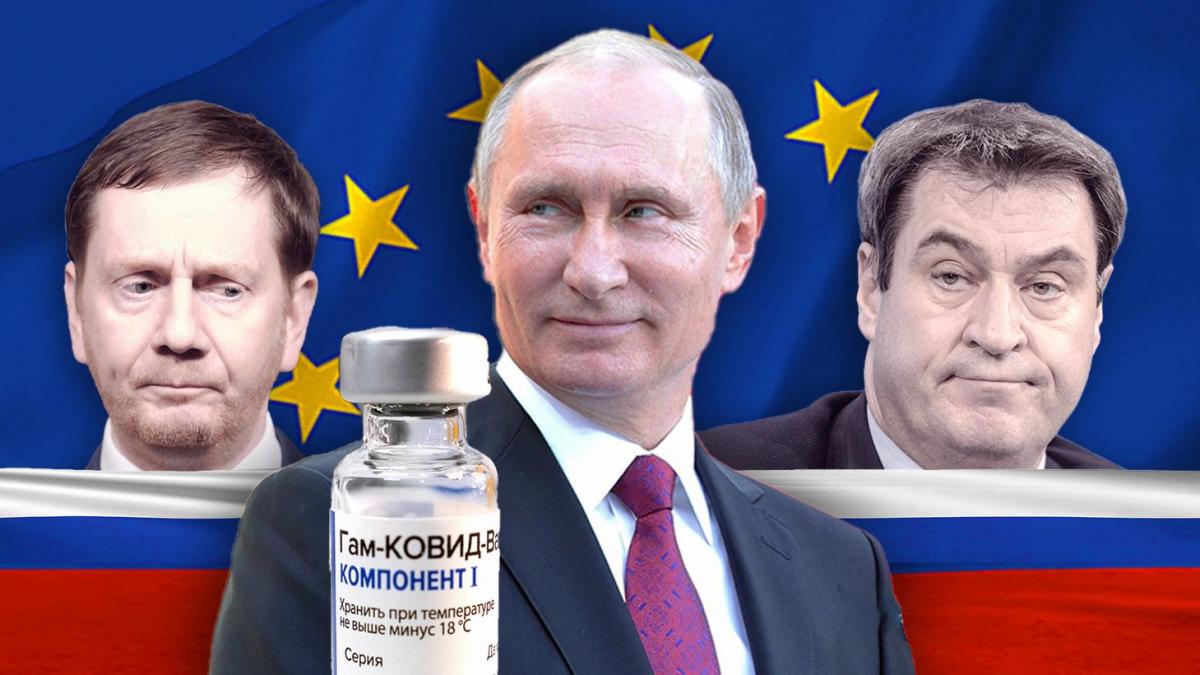 Every Hungarian citizen, regardless of age or occupation, can now register for a vaccination with the Russian vaccine Sputnik V. Many people, said István György, the state secretary responsible for the vaccination campaign, have already received invitations by SMS. Many of them, however, do not show up for their appointments - because of the Russian vaccine. According to a survey by the Medián Institute, only 43 percent of Hungarians willing to vaccinate would be immunized with Sputnik V. For comparison: 84 percent would choose a product from a European or US manufacturer.

Hungary, so far the only EU country in which Sputnik V is used, has presented a remarkable vaccination rate.

43 percent of the population have now received at least one vaccination against the coronavirus.

Budapest started vaccinating Sputnik V early on with the help of an emergency license.

The European Medicines Agency (EMA), however, did not recommend the Russian vaccine.

But anyone who believes that Hungary's vaccination success can be explained by this national solo effort is wrong.

On closer inspection it can be seen that the use of Sputnik V is not a major reason for the speed of the vaccination campaign in the country.

Because not only is confidence in the vaccine low, it also only makes up a small part of the Hungarian vaccine mix, just 7.2 percent of all doses received.

This is shown by figures from a report by the European Center for Disease Prevention and Control (ECDC) from the end of March. 44.1 percent of the delivery volume is accounted for by the vaccine from Biontech / Pfizer, and 27.3 percent by that of the Chinese company Sinopharm. The latter was also not recommended by the EMA. 200,000 more doses of the Sputnik vaccine have just arrived in Hungary. It is the last delivery of the current contract between Hungary and Russia - and it too threatens to become slow-moving.

Hungary is by no means a positive example of the use of Sputnik V. It is rather a reminder that no EU country is dependent on the Russian vaccine. Because in Hungary the Sputnik share of the available doses will decrease even further. In the past few weeks, significantly more doses of the approved vaccines have been delivered in the EU, and in the next few weeks the countries of the Union are facing a real vaccine glut. And yet the mood for Sputnik has been created for months - and not only from Moscow, but also from Munich and Schwerin.

Given the numbers, how can it be understood that individual politicians in Germany want to buy Sputnik V?

She would like to buy the Russian vaccine for her state and is even prepared to secure preliminary contracts with tax revenues.

The Prime Ministers of Saxony and Bavaria, Michael Kretschmer and Markus Söder, do not go that far.

But they have also expressed their willingness to rely on Sputnik V - a vaccine that has no EU approval and for which there is no need due to increased delivery quantities from other manufacturers.

"Germany is negotiating over three times ten million doses for June, July, August," wrote Kretschmer on Twitter after his meeting with the Russian Minister of Health in Moscow in April.

He confirmed that it is more of a symbolic amount of vaccine compared to the EU billion pledges for Biontech and Pfizer.

Quality is not the problem

However, the example of Slovakia shows that such a cosmetic procedure can also have serious consequences.

The small country in the east of the EU is, besides Hungary, the only one in the community that has actually purchased Sputnik V.

However, the vaccine is not used there.

Instead, it triggered a serious government crisis that led to the resignation of Prime Minister Igor Matovic on April 1.

He had pushed through the purchase of 200,000 cans of Sputnik V against the will of most of his coalition partners.

Matovic's government partners, who were in favor of a European consensus and against a Sputnik initiative, were taken by surprise by the purchase.

The Prime Minister made himself intolerable.

“There are many indications that Sputnik V is a good vaccine.

That's not the problem, ”says Aneta Vilagi in an interview with WELT.

The political scientist at Comenius University in Bratislava experienced the Slovak Sputnik government crisis up close.

"However, it is used to create political unrest," said the expert.

You see the matter in a similar way to the Slovak Foreign Minister.

For them, Sputnik V is clearly “an instrument of Russian hybrid warfare,” says Vilagi.

This assessment fits in with a current report by the European External Action Service (EEAS).

It says that Russia is using Sputnik V to stir up “mistrust” in Europe.

There is great distrust of Sputnik V in Slovakia.

Only fifteen percent of those willing to be vaccinated would be immunized with the vaccine.

This may have been due to the fact that, according to the Slovak Medicines Agency, the doses delivered by Russia in March did not correspond to the vaccine, which was described by the British journal “The Lancet” with an effectiveness of 91.6 percent.

The Slovak side complains that the Russian manufacturer only provides incomplete data on its product, and to this day it cannot say with any certainty what exactly it actually received.

Moscow rejects this and at the same time demands that the vaccine doses be returned.

The dispute between the two countries has not yet been resolved.

There is also uncertainty about the extent to which people vaccinated with Sputnik V can travel in the EU at all. In principle, every member state must accept the EU vaccination certificates, the “digital green passport”, from June onwards. The prerequisite is that it is based on a vaccination with a vaccine that has previously been approved by the EMA. If a vaccine has not yet been approved - as in the case of Sputnik V - each member country can decide for itself whether the vaccination certificate should apply in its territory.

Signing a contract to purchase Sputnik V today does not seem advantageous. Expert Vilagi justifies the Slovak decision with the point in time. In fact, in February there was definitely encouragement among the Slovak population for a possible purchase of Sputnik V, she says. "That was due to the vaccine shortage in the EU and the high number of cases and deaths in Slovakia," continued Vilagi. “Now we are in a different situation. We're getting more and more vaccine doses, all from companies that have been approved by the EMA. "

Against this background, the brief Sputnik-V euphoria in Austria was understandable. Actually, 300,000 Sputnik vaccination doses should have arrived by April. Chancellor Sebastian Kurz did not even want to rule out the possibility that the Russian vaccine could also be used in his country without EMA approval on the basis of a national emergency approval. But to this day, no contract for Sputnik-V deliveries has been signed and thus not a single can has arrived in Austria.

In mid-April it was announced that Austria would receive a million previously unplanned vaccine doses through early deliveries of the Biontech vaccine. This ensures that the population is largely vaccinated up to the summer. The government coalition is now making the approval of Sputnik V by the EMA a prerequisite for a purchase. But if the EU approval should come in the course of the summer, it is rather unlikely that Austria will take action, because the EU Commission has finally announced that it will purchase 1.8 billion doses of the Biontech vaccine for the next two years.