More and more women want to become stuntmen. In the world's largest education for stuntmen, in northern France, a third of the students are now women. 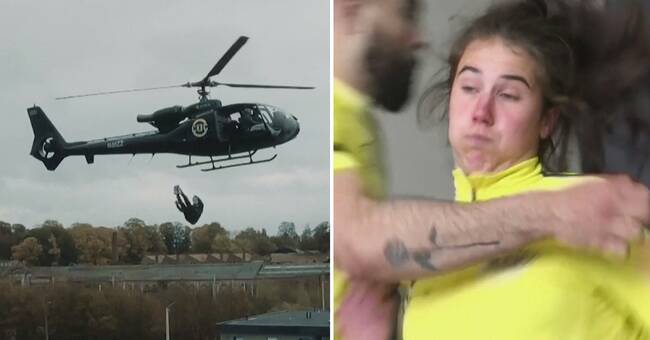 In the past, it was most common for a male stuntman to wear make-up and wear a wig to play women when needed, but now female stuntmen are increasingly being hired.

- A lot has happened in the last five, ten years, says Nilla Hansson who has worked full time as a stuntman for about four years.

Nilla Hansson has worked as a stuntman for four years.

She says that it is still quite difficult to find jobs for female stuntmen, but that it is getting better and better.

- More girls have come in and it has also been understood that girls can do really cool and hard stunts, she says.

At Campus Univers Cascade in France, students are trained for two years to become professional stuntmen.

One third are now women.

And the demand in the industry is increasing, the students at the school notice.

-It shows that it is possible and that we can do stunts as well as men do, says student Valerie Michelini.

In the video you see training at the stunt school Campus Univers Cascade in France.