The Vienna negotiations ... Washington denies submitting unilateral gestures, and Tehran talks about a long way to reach an agreement

The US State Department denied reports that it was considering releasing Iranian funds as a unilateral gesture towards Tehran, and said it was "incorrect." 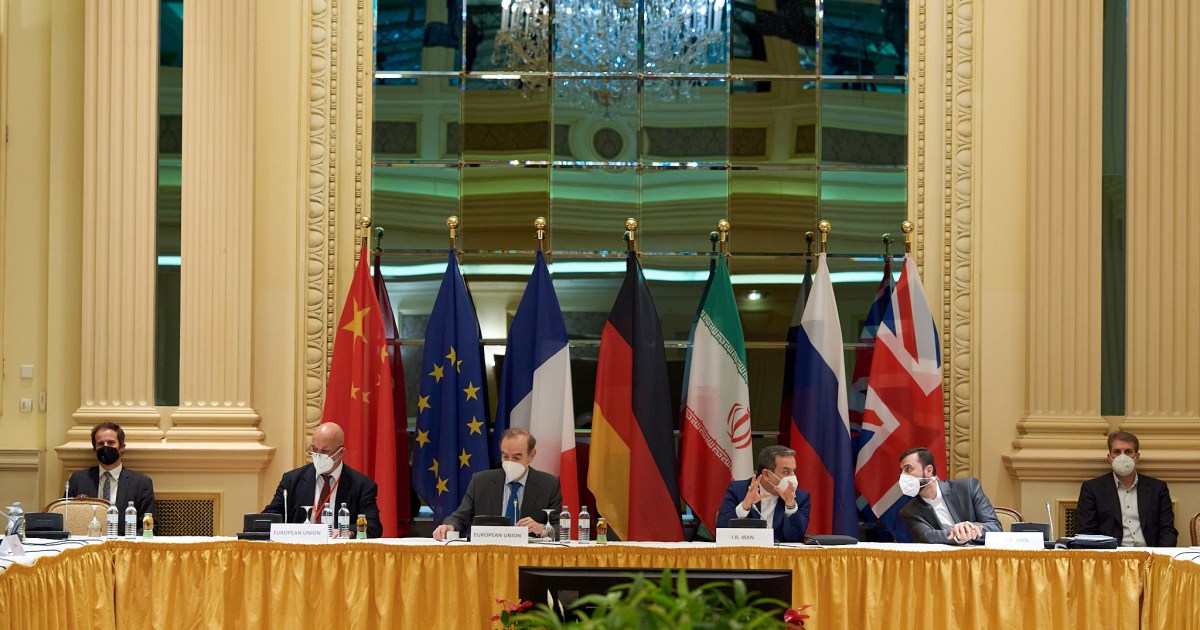 On Friday, the US State Department denied reports indicating that it is considering releasing Iranian funds as a unilateral gesture towards Tehran, and said it is "incorrect", adding that any substantial move by the United States must be part of a process in which measures are taken from Two sides.

A State Department official said that Washington wants to talk with Iran about improving the nuclear deal after reaching understandings on it, adding that it understands what Tehran must do to comply with the agreement and also knows what it should do as well.

The American official emphasized that a new nuclear agreement is not intended to be invented, but rather to comply with the 2015 agreement, expressing his country's readiness for the scenario of Iran not returning to the agreement, but added, "Washington does not want this to happen."

On the other hand, American, Iranian and European officials said - yesterday, Thursday - that the gaps are still wide between Washington and Tehran regarding the resumption of compliance with the Iranian nuclear agreement, despite a US official saying that reaching an agreement is possible within weeks, if Iran takes a political decision to do so.

"Is it possible to see a joint return to compliance with the nuclear agreement in the coming weeks, or an understanding on mutual compliance? The answer is yes, it is possible," the official told reporters, requesting anonymity.

He added that it is possible to revive the nuclear deal before the Iranian elections scheduled for June 18, but it falls again on Iran to make such a political decision.

He expressed his concern about Iranian officials ’desire to do so, and said,“ If Iran takes the political decision that it sincerely wants to return to the agreement as it was originally negotiated, this could be done fairly quickly, and this return could be implemented relatively quickly as well. ”

He added, "But we do not know whether Iran has taken such a decision," explaining that the goal of the fourth round, which will begin Friday, is to know "whether things are progressing or whether we are still facing unrealistic demands from Iran."

The American official described the recent reports on reaching an agreement to release American citizens held in Iran as involving "unspeakable cruelty," noting that there are separate talks in this regard, and he said, "We are dealing with this matter independently."

For his part, a European diplomat said that Washington had put forward a comprehensive proposal that includes lifting sanctions on key sectors such as oil, gas and banking, and hinted at a degree of openness to easing sanctions related to terrorism and human rights.

On the other hand, the diplomat - who requested anonymity - made it clear that Iran had not shown any desire to reduce or destroy any experience it might have gained from working on advanced centrifuges.

US Secretary of State Anthony Blinken said in an interview with NBC that Washington does not know whether Iran is ready to take the decisions required to return to the agreement.

As for the Iranian position, it was expressed by the head of the Iranian delegation participating in the Vienna negotiations, Abbas Arachiji, who said that there is a long way that negotiators must travel before reaching an agreement.

"It is not possible to predict when this will happen, and a time frame cannot be set. Iran is trying to achieve this as quickly as possible, but we are not in any hurry," Araghchi added, in remarks carried by Iranian state television.

The chief Iranian negotiator in the Vienna talks added that the sticking points in the talks are serious and fundamental, and there is no way to solve them except with the continuation of the dialogue, stressing that the parties to the negotiations will agree on the road despite the obstacles.

US officials are returning to Vienna for a fourth round of indirect talks with Iran on how to resume compliance with the agreement from which President Donald Trump withdrew in 2018.

Al-Jazeera's Vienna correspondent, Muhammad al-Baqali, said that the Iranian negotiating team led by Araghji has arrived in the Austrian capital, where the fourth round of negotiations is supposed to be held on Friday, and according to sources, Araqchi will hold a meeting today with the Director-General of the International Atomic Energy Agency, Raphael Grossi.