The United States says it will abandon vaccine patents. What does this move mean?

Chinanews, May 7th, a comprehensive report, the US Biden government announced on the 5th that it supports abandoning the intellectual property protection of the new crown vaccine. This decision aroused dissatisfaction in the pharmaceutical industry and criticized Washington's decision as "wrong" and "disappointing." , And began to lobby all parties to narrow the scope of the exemption during the 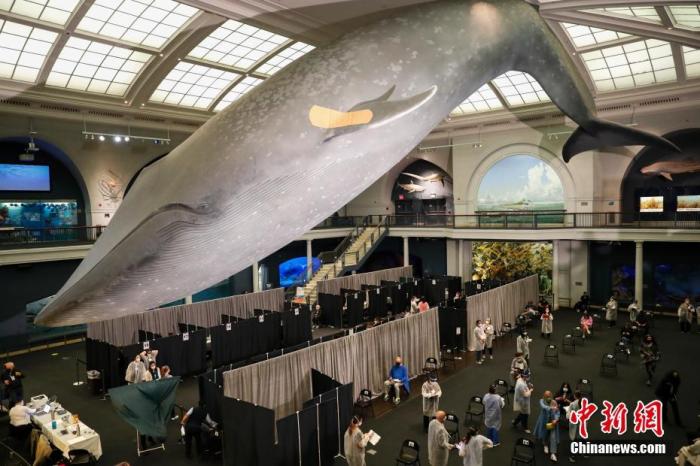 Chinanews, May 7th, a comprehensive report, the US Biden government announced on the 5th that it supports abandoning the intellectual property protection of the new crown vaccine. This decision aroused dissatisfaction in the pharmaceutical industry and criticized Washington's decision as "wrong" and "disappointing." , And began to lobby all parties to narrow the scope of the exemption during the negotiation.

Germany also issued a statement contrary to the United States on the 6th, saying that this move would cause "serious trouble."

Prior to this on the 5th, the Biden government of the United States stated that it would support a proposal to abandon the international patent protection for the new crown vaccine.

US Trade Representative Dai Qi said: "Special measures need to be taken to deal with the special circumstances of the new crown pandemic." In response, WHO Director-General Tedros Tedros said on social networking sites that this move is "in the war against the new crown epidemic." important moment".

This statement of the Biden administration triggered a fierce rebound in the industry, and the share prices of many pharmaceutical companies fell on the same day.

The International Pharmaceutical Manufacturing Alliance (IFPMA) criticized that giving up vaccine patent protection is a "simple but wrong answer", and Washington's decision is disappointing.

In their view, giving up vaccine patent rights will not increase vaccine production. What the government really needs to do is to eliminate trade barriers and solve supply chain bottlenecks and shortages of raw materials.

The American Association of Pharmaceutical Research and Manufacturers pointed out that if the patent exemption will further weaken the already tight supply chain and promote the spread of fake vaccines.

It is worth noting that whether developing countries can participate in vaccine production still depends on the attitude of pharmaceutical companies.

Even if the government compulsory authorization, because the vaccine production method does not belong to the scope of "patent protection", but is protected in the form of "commercial secrets", it is impossible for other countries and pharmaceutical companies to replicate production without the original factory actively imparting technology.

After the United States announced the relevant news, the German government issued an opposite statement.

A spokesman for the German government said: "The limiting factor in vaccine production is production capacity and high-quality standards, not patents." "Intellectual property protection is the source of innovation, and this must be maintained in the future.

According to reports, the position of German Chancellor Merkel also shows that she agrees with the views of pharmaceutical companies such as BioNTech, that is, opposed to the US proposal to abandon patent protection.

It is reported that the German biotech company and Pfizer of the United States have jointly developed a new crown vaccine.

After the news of the German government's position came out, the pharmaceutical stock price began to rebound.

On the 6th local time, European Commission President Von der Lein stated that the EU is ready to discuss any proposal to resolve the crisis “in an effective and pragmatic manner”, saying “This is why we are preparing to discuss the US proposal to exempt the intellectual property rights protection of the new crown vaccine The reasons for how to help achieve this goal."

Chinese Foreign Ministry spokesperson Wang Wenbin said at a regular press conference on the 6th that China supports attention to the availability of vaccines.

Wang Wenbin said: “Countries have the responsibility to fight the epidemic. Everyone is equal if they have access to vaccines. China supports attention to the issue of vaccine accessibility and expects that all parties will actively and constructively discuss under the WTO framework to achieve an effective and balanced approach. result."

He also pointed out that China has always adhered to the concept of a community of human health, actively supports and participates in international vaccine cooperation, and is providing urgently needed vaccines to countries in need, especially developing countries, in different ways.

Wang Wenbin said that China will continue to firmly uphold the "first attribute" of vaccines as a global public product, and contribute to promoting the availability and affordability of vaccines in developing countries.

Next, the United States will begin to participate in World Trade Organization (WTO) negotiations to discuss the exact textual description of patent exemptions.

At present, although the exemption proposal has received support from many low-income countries, other WTO members, including the United Kingdom, Switzerland, Japan, Brazil, Canada, and Australia, are opposed to the proposal.