For the second time: Siemens is raising its forecast after the profit jump

Things are going well for the new Siemens boss Roland Busch: After a strong quarter, he was able to raise the forecast for the current fiscal year for the second time. But burdens are already lurking. 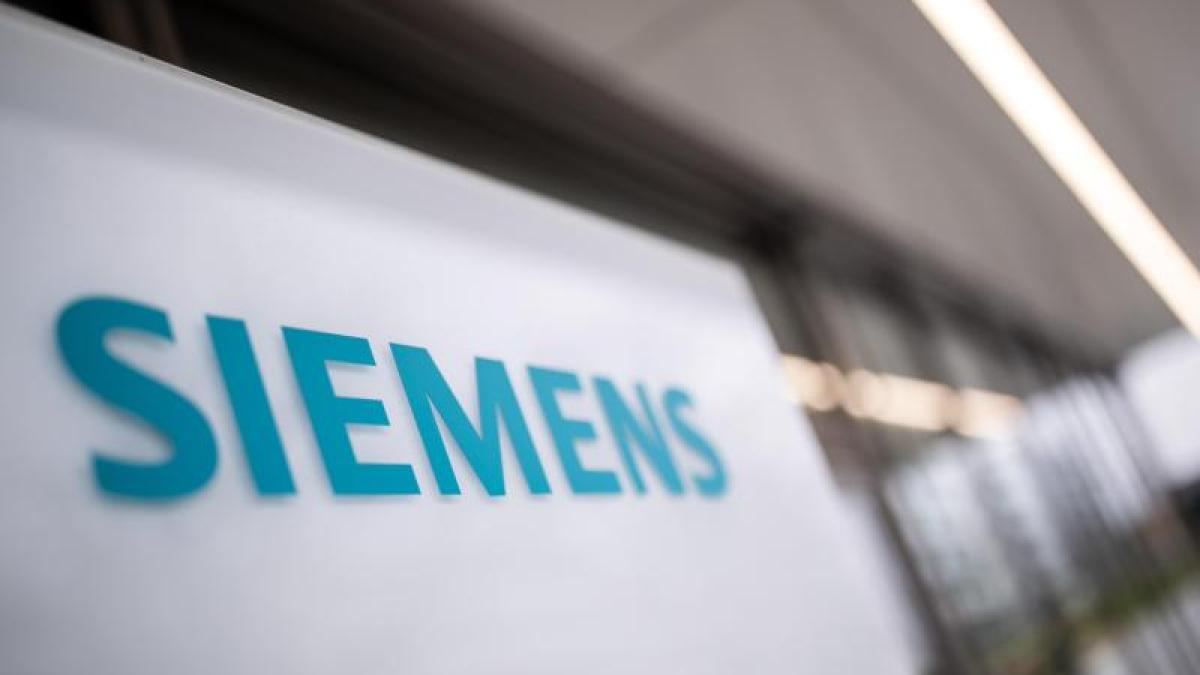 Munich (dpa) - Thanks to attractive business, Siemens is coming out of the Corona crisis with strong momentum.

After a significant jump in profit from 0.7 billion to 2.4 billion euros in the second fiscal quarter, the group is increasing its forecast for the second time, as it announced on Friday.

In particular, business with the automotive industry and mechanical engineering, as well as software activities, went well in the observation period from January to March, and there was also strong demand from China.

However, the sale of the gear manufacturer Flender also contributed to the jump in profit.

Siemens puts the positive effect at around 900 million euros before taxes.

That was more than expected, said CEO Roland Busch.

But even without this effect, there would have been a very clear plus.

"The industry continues to recover," said Busch, who spoke of an "outstanding quarter".

And he also expects positive momentum for his company in the second half of the year.

Therefore, Siemens is increasing its forecast significantly: At the end of the fiscal year, a profit of 5.7 to 6.2 billion euros should now stand, about 700 million more than last targeted.

However, the new forecast does not yet take into account burdens from the Varian takeover by the subsidiary Siemens Healthineers.

Siemens expects an effect of around 300 to 500 million euros after taxes.

Siemens also benefited from lower travel and marketing costs during the corona pandemic.

But this effect will decrease, it said.

At least within the group, Siemens wants to continue to save on travel after Corona.

With customers, however, you will return to personal contact, said CFO Thomas.

CEO Busch, who also nominally took over the reins of Siemens in the course of the second fiscal quarter, is on course for a strong first year: "I am very pleased that we are delivering excellent results and growing profitably in all of our businesses," he said - «despite persistent uncertainties».

These uncertainties also include problems with the supply of materials and parts that are currently burdening industries around the world.

So far, Siemens sees itself only slightly affected.

They are working «hard to further reduce the risks that result from the shortage of electronic components and price increases in some areas,» said Busch.

The Siemens boss currently sees a tense situation in the areas of steel, plastics and freight capacities, among other things.

"Therefore, there could be restrictions in production and extended delivery times in individual cases in the coming months."

But he is confident that the supply chains will not break down.

Busch, on the other hand, expects positive effects from the global government growth programs against the consequences of the corona crisis.

However, these would probably no longer make themselves felt in the current financial year, which ends in September.

The Siemens figures were well received on the stock exchange.

By late noon, the share was up around 3 percent.