"This is a warning mail"… Ramsey threatens furious at Korean professor

There is controversy over the fact that Harvard University professor Ramsey, who distorted Japanese military comfort women as prostitutes, sent a threatening e-mail to a Korean professor who had raised a problem with his thesis. 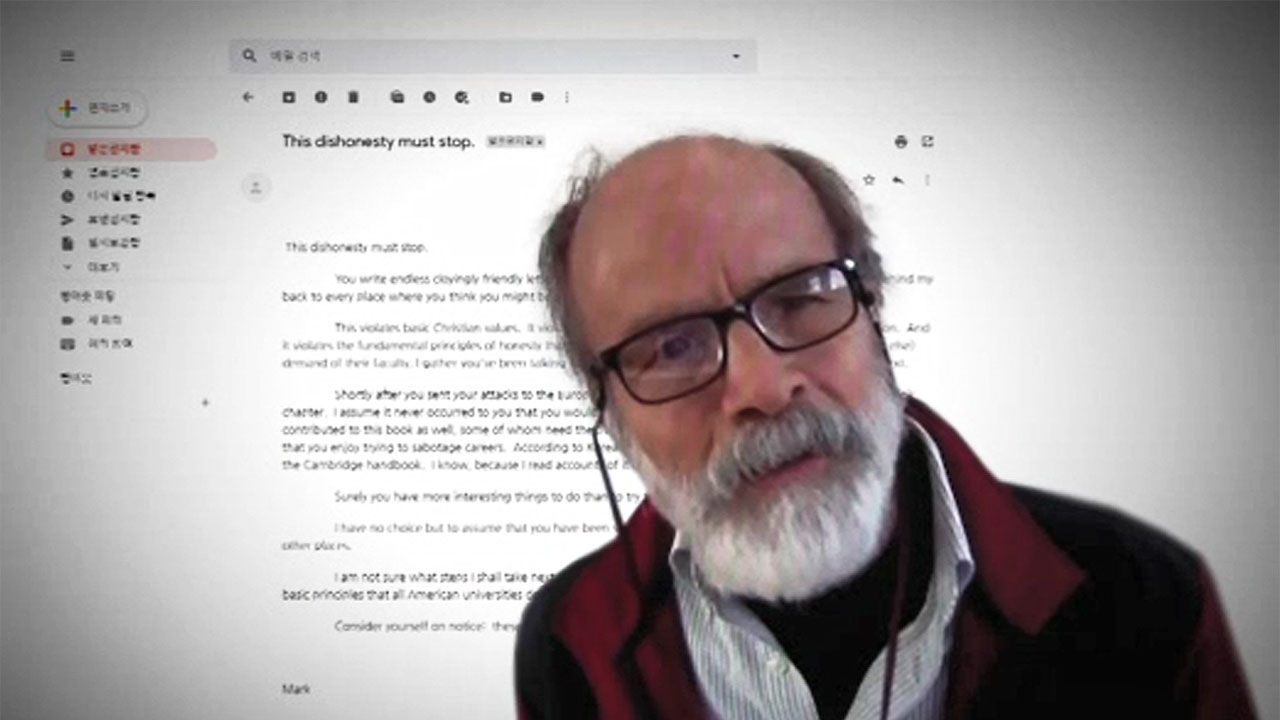 Controversy is arising over the fact that Professor Ramsayer of Harvard University, who distorted Japanese military comfort women as prostitutes, sent a threatening e-mail to a Korean professor who had raised a problem with his thesis.

is an e-mail message from Professor Ramsey to Professor Jinhee Lee of the Department of History at Eastern Illinois State University in the United States last month.

Ramsey argues that Professor Lee is making a brutal attack on his back to scratch his career, and that this is against human etiquette and is a serious defamation.

Ramsey, who showed his anger at Professor Lee through an e-mail, said he was thinking about what to do next, and emphasized that the e-mail was a warning message.

Ramsay made a similar argument last month at an academic conference by a Japanese far-right group.

[Professor Ramsay/Harvard University: I was desperate for young American professors while going through this incident. After ignoring academic freedom and acting like an attempted assassination against the scholar (I was proud of it),

historians pointed out that Ramsey was pretending to be a victim with the logic that he was being attacked unfairly.

There is also an analysis that Ramsayer, who has consistently interacted with Japanese far-right forces, directly sent an intimidating e-mail to sign the attack.

Prof. Jin-hee Lee informed the President of Harvard University last month that he sent a threatening e-mail to him along with the problem of Professor Ramsey's thesis and urged him to take measures, but Harvard University has not yet responded.