The United Nations called on the Israeli occupation to adhere to the utmost restraint in the Sheikh Jarrah neighborhood of occupied Jerusalem, amid Palestinian movements and warnings against the evacuation of Palestinian families. 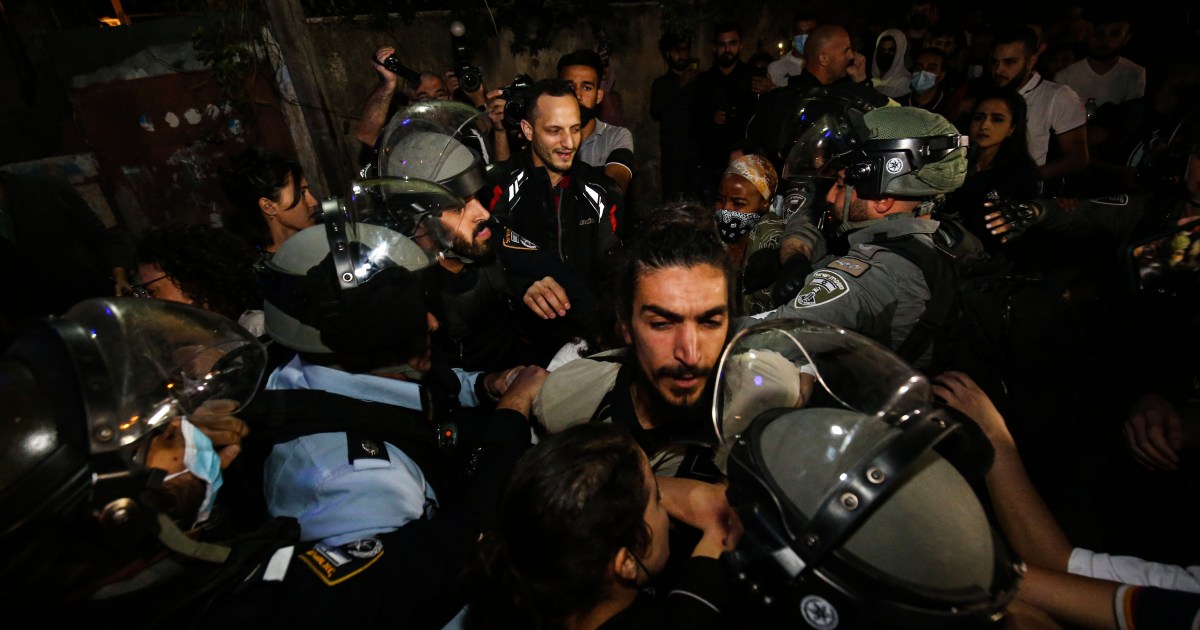 The United Nations called on the Israeli occupation to adhere to the utmost restraint in the Sheikh Jarrah neighborhood of occupied Jerusalem, against the background of the protests that erupted against the occupation's attempts to evacuate Jerusalemite families from their homes for the benefit of settlers.

In a statement by the United Nations Special Coordinator for the Middle East Peace Process, Tour Winsland, the United Nations expressed its concern about the escalation of tensions and violence in the occupied West Bank, including East Jerusalem.

Winsland called on political, religious and civil society leaders from both sides (Palestinian and Israeli) to stand firm against violence and incitement, indicating that if the situation is not dealt with, it may get out of control.

The UN official called on the Israeli security forces to exercise maximum restraint, and stressed the importance of holding the perpetrators of violence from all sides accountable and bringing them quickly to justice.

He stressed that recent developments related to the expulsion of Palestinian families from Sheikh Jarrah and other neighborhoods in occupied East Jerusalem are extremely worrying, and urged Israel to stop demolitions and evictions in line with its obligations under international humanitarian law.

For days, tension has been prevailing in the Sheikh Jarrah neighborhood in central occupied Jerusalem, after the Israeli forces threatened a number of Jerusalemite families to evacuate their homes in favor of settlement associations.

On Thursday, the Israeli Supreme Court was scheduled to issue a final decision regarding the evacuation of 4 Palestinian families from the neighborhood in favor of settlers claiming ownership of the land, but it announced a new session next Monday.

To date, 12 Palestinian families in the neighborhood have received eviction decisions issued by the Israeli Magistrate and Central Courts.

Palestine is making extensive movements at the United Nations, in an attempt to prevent Israeli settlers from taking Palestinian homes in the Sheikh Jarrah neighborhood.

The agency quoted Mansour as warning of the consequences and consequences of such violations and provocations, and their role in fueling the conflict, and the loss of more lives.

He said that the ongoing Israeli violations in the city of Jerusalem aim to change its demographic character, which calls for rapid and urgent action by the international community - including the United Nations - before it is too late.

For its part, the Palestinian Ministry of Foreign Affairs and Expatriates today welcomed the international stances rejecting the occupation measures in Sheikh Jarrah, but said that the wording of the warning about the repercussions of these measures and their results or expressing concern about their effects (...) do not rise to the level of Israeli violations and crimes, according to a statement that reached Anatolia.

In turn, Al-Azhar condemned in the strongest terms "the terror of the Zionist entity and its brutal violations of the right of the people of the Sheikh Jarrah neighborhood in Jerusalem."

Al-Azhar affirmed its full solidarity with the people of the Sheikh Jarrah neighborhood and the Palestinian people in their legitimate struggle against the tyranny of the Zionist entity and its settlement plans, calling on the whole world to condemn these barbaric acts, stand up to the brutal Zionist entity, and support the Palestinian people who have the right, the land and the just cause.

For its part, the Islamic Jihad movement warned the Israeli occupation of an unpredictable response if it did not retract its decisions and continue its attacks against the people of the Sheikh Jarrah neighborhood in occupied Jerusalem.

The movement called on the Palestinian masses in occupied Jerusalem to confront with all force the settlers' plans to storm Al-Aqsa Mosque on 28 Ramadan.

The Popular Front also warned of the consequences of the Jewish extremists storming the Al-Aqsa Mosque, and the occupation's insistence on expelling hundreds of Jerusalemites from the Sheikh Jarrah neighborhood.

And 14 unions and civil society organizations in Britain signed a statement calling on the British government to take measures regarding the ethnic cleansing practiced by Israel against the Palestinians in occupied Jerusalem.

The organizations signing the statement condemned the illegal Israeli eviction of Palestinian families and handing over their homes to settlers.

The organizations referred to what they described as demographic manipulation and ethnic cleansing by Israel, citing what is happening in the Sheikh Jarrah neighborhood.

Signatories to the statement included the National Transport Workers Union, the National Union of Teachers, the Palestine Solidarity Campaign, the Jews for Justice Organization for Palestinians, the "Stop the War" organization, in addition to the Israeli Committee Against House Destruction.

The Israeli associations claiming properties are currently seeking to vacate the homes of 58 other Palestinians, according to Peace Now.

Palestinians say the risk of eviction generally threatens some 500 Palestinians.

Within the international sites, France, Germany, Italy, Spain and Britain urged Israel on Thursday to suspend its decision to proceed with the construction of new settlements in the occupied West Bank.

"We urge the government of Israel to reverse its decision to go ahead with building 540 settlement units in" Har Homa E "in the occupied West Bank, and to stop the policy of settlement expansion throughout the occupied Palestinian territories, the countries said in a joint statement.

The statement added, "If this decision to build settlements in Har Homa between East Jerusalem and Bethlehem is implemented, this will cause further damage to the chances of establishing a viable Palestinian state with Jerusalem as the capital of both the Israeli and Palestinian states."