The G7 Foreign Ministers' Meeting has a big talk to deal with China's criticism: it should cooperate but create differences

Chinanews, May 6th, a comprehensive report, local time from May 3 to May 5, the Group of Seven (G7) foreign ministers meeting was held in London, England. This G7 Foreign Ministers' Meeting is the first face-to-face meeting of G7 representatives held in two years. It can be seen from the joint statement after the meeting that "China" has become an inevitable topic. The G7 countries advocate deal 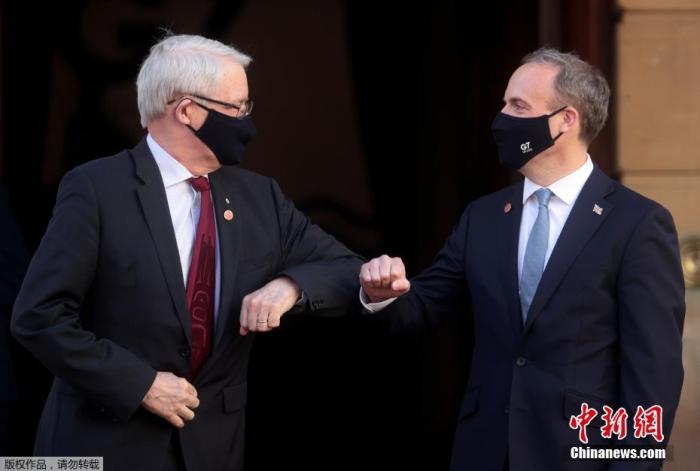 Chinanews, May 6th, a comprehensive report, local time from May 3 to May 5, the Group of Seven (G7) foreign ministers meeting was held in London, England.

It can be seen from the joint statement after the meeting that "China" has become an inevitable topic.

The G7 countries advocate dealing with the so-called "economic coercion" of China and interfering in China's internal affairs, but they want to pull China to solve a series of complex and difficult problems. The "two-sided" measures have fully exposed their faces.

On May 5th, local time, in London, England, the G7 Foreign Ministers' Meeting was held at Lancaster Palace, and the "boom ceremony" was strictly enforced on the spot.

The joint statement stated that the G7 countries will "work together to improve economic resilience in response to (China) arbitrary and coercive economic policies and actions."

Bloomberg quoted a diplomat as saying, “The United States hopes to establish a consultation mechanism involving the G7 and other stakeholders, so that all parties can make a coordinated response to China’s actions, and at the same time use this mechanism to enhance The resilience of the G7."

Reuters pointed out that the G7 foreign ministers' meeting was "thunder and rain, but little rain." In addition to criticizing China and Russia, and expressing support for Ukraine, few other specific measures were announced.

Chinese Foreign Ministry spokesperson Wang Wenbin stated on the 6th that the accusations made by the foreign ministers of the "G7" against China have no factual basis and are also a flagrant intervention in China's internal affairs.

He said that the "G7" should focus on international anti-epidemic cooperation at this time, rather than hoarding vaccines on its own and creating contradictions and differences in the international community.

Wang Wenbin said that the "G7" claims to be a democratic country, but the latest polls show that respondents from 53 countries and regions regard the United States as the greatest threat to global democracy, but they did not see the "G7" in this regard. Make any indication, take any action.

However, the G7 countries still emphasized the necessity of establishing a cooperative relationship with China.

British Foreign Secretary Raab stated on the 4th that the seven countries intend to defend the "democratic principle" but do not intend to give up cooperation with China on a series of issues.

"We believe that trade should be open... We advocate protecting the environment, responding to climate change, fighting the epidemic, and cooperating in the field of health."

The joint statement issued on the 5th also mentioned that solving global challenges, including climate change and biodiversity loss, and promoting economic recovery from the epidemic, is in the interests of all parties including China. Opportunities for cooperation in development and global peace, security and prosperity.

Singapore’s "Lianhe Zaobao" analyzed that most of the G7 member states have common concerns on the China issue, but each has its own way of coping.

As the host country of the G7 meeting, the United Kingdom hopes to maintain a balance in its China policy. While criticizing China, it also opens the door to cooperation in areas such as climate change to avoid making the G7 meeting regarded as an "anti-China meeting."

In fact, regarding the G7 meeting's attempt to establish a "Democratic Alliance of Ten Nations" to deal with China, Chinese Foreign Ministry spokesperson Hua Chunying has long stated that the world faces many challenges, making this world better, not worse. It is the common aspiration of the international community to be more peaceful instead of more turbulent, and more united instead of more divided.

The G7 members' "two-sided" wording towards China makes their intentions unquestionable. They not only want to suppress and restrain China, but also want to "use" China to solve complex and difficult problems.

This act of reversing history goes against the mainstream will of peaceful and cooperative development of the current era.

If you want to overcome difficulties together, you should first correct your own attitude instead of interfering in the internal affairs of other countries and divert your attention. Only sincere cooperation can achieve a win-win situation.