The mayor of Toulon Hubert Falco has decided to leave LR in the face of the "narrowing of the line". party. A choice that revives the controversy over the position of the Republicans for the regional Paca. For their part, the Macronie and the RN are on the offensive. 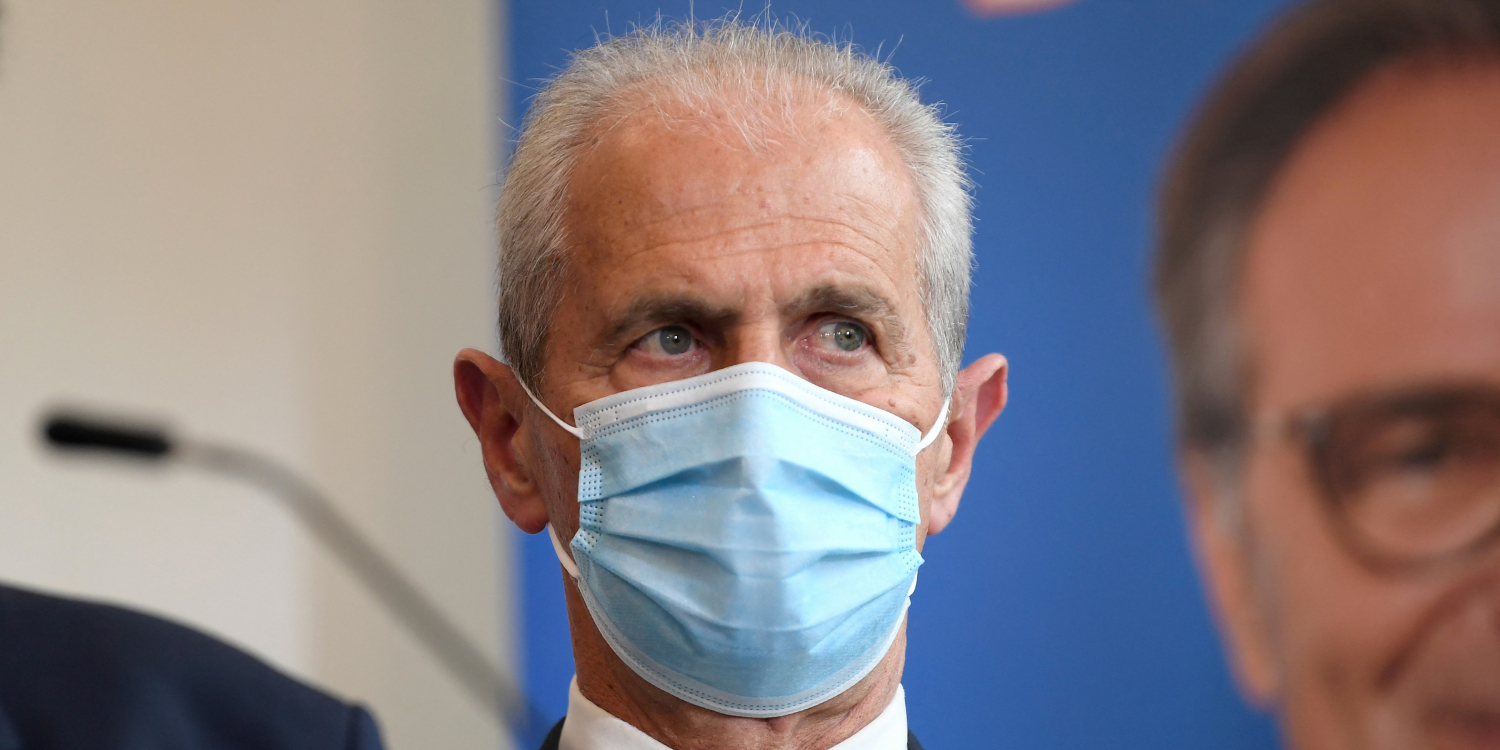 The mayor of Toulon Hubert Falco has decided to quit LR in the face of the party's "narrowing of the line".

A choice that revives the controversy over the position of the Republicans for the regional Paca.

For their part, the Macronie and the RN are on the offensive.

The right thought to have calmed the game Tuesday by giving birth to the forceps of a position of principle on the regional Paca.

This rejects any alliance with LREM and any presence of a minister or majority parliamentarian on its lists.

"The Prime Minister received a slap which, in my opinion, resonated all the way to the Élysée", welcomed the president of LR Christian Jacob early Wednesday morning.

A short-lived victory since Hubert Falco, the mayor of Toulon relaunched the controversy by leaving the party of which he deplores the "narrowing" of the line.

The mayor of Toulon tackles an "irresponsible" decision

The LR mayor of Toulon Hubert Falco, considered Macron-compatible and who defended the Muselier-LREM agreement has indeed announced his departure from the Republicans by deploring the "narrowing" of his line. "Not to be favorable to the union, while the threat of the coming to power of the National Rally has never been so strong, amounts to playing its game", explained Hubert Falco, referring to the polls which give the RN led by Thierry Mariani at the top of the polls in the first round.

Faced with this observation, he also considers "irresponsible" to "unequivocally condemn any support in such a politically sensitive region". "I do not deny anything, I do not criticize anything, but I decide to regain my freedom. I therefore leave the Republican party," he said in a statement, the day after the meeting where the party ruled out any agreement with LREM for regional Paca. He also believes he should "be accountable" only to his constituents.

"In the so difficult context that our country is currently going through, the trials of intent and the agitations of the LR microcosm at the Parisian level seem to me very derisory and out of place", adds Mr. Falco, deploring the "sterile controversies, at the time where our country and our territory need trust, harmony and union more than ever ".

The outgoing LR president of the region Paca Renaud Muselier had already caused trouble on Wednesday morning by saying he was ready to welcome LREM Secretary of State Sophie Cluzel if she resigned from her post. A hypothesis rejected by Christian Jacob: "Ms. Cluzel has no place on our lists, it was decided yesterday without ambiguity". The boss of LR knows it: one year before the presidential election, Jean Castex "wanted to test these regions on political recomposition". But "this is not the order of the day, it will not be", assured Christian Jacob, while the business of butchering continues on the side of the majority.

Tuesday evening, government spokesman Gabriel Attal reaffirmed that there would "of course" be LREM candidates on the Paca list.

A hypothesis swept away by the tenors of LR, who vilify the "nuisance capacity" of LREM "unable to carry a regional project under (its) colors".

A source inside LREM then wondered: "The barons of the south, Estrosi, Falco, Vassal, will they be satisfied with what happened yesterday?"

LREM and the RN on the offensive

Several ministers have mocked since the beginning of the week the "two irreconcilable rights", Republicans on the one hand and the right close to the RN on the other. Because behind the Paca agreement, another, made with a departmental executive of Debout la France in Burgundy-Franche-Comté, is also crying out internally. The boss of deputies Damien Abad and the president of the Senate Gérard Larcher criticized him on Wednesday.

The majority offensive is likely to continue with the approach of the June elections: after Gérald Darmanin in the departmental in the North, it is the Minister of Justice Eric Dupond-Moretti who is approached for the regional ones. The RN is also taking advantage of the situation to reach out to Republican voters, and to certain executives. Thierry Mariani thus estimated that the differences between his positions and those of Eric Ciotti were weak while the number two of the RN Jordan Bardella considered that there was in his party "a lot of common points with the electorate" of the Republicans , the "LR from below", which he distinguishes from the "LR from above who go to soup with Emmanuel Macron".