This 2021, the Madrid singer and producer Moncho Chavea (29) is on the crest of the wave and the whole cyberspace knows it. On YouTube, his video Conmigo accumulates 35 million ... 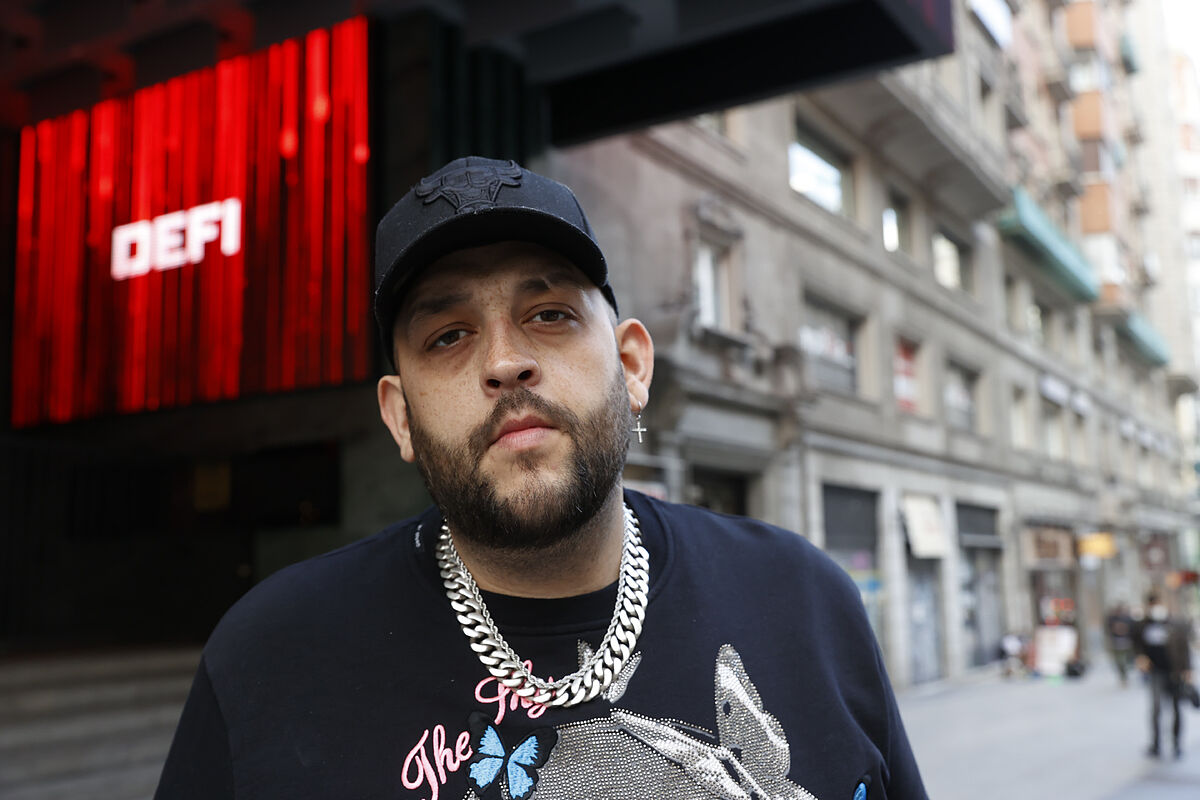 This 2021, the Madrid singer and producer

(29) is on the crest of the wave and the whole cyberspace knows it. On YouTube, his video

. A whole phenomenon that, this May, Chavea intends to repeat with

. His new dance single. "I don't fall in love, he plays with cumbia a little. I said 'I'm going to do a little detail

for my followers in Chile and Argentina,

but I don't want it to be the typical reggaetón.' So I decided to

put it together with flamenco.

and it is seen that it has had a lot of acceptance ", comments the musician to La Otra Crónica, in an interview where he reveals the great odyssey of his life.

During the last three years, Chavea - whose real name is

- has become famous for collaborating with important figures of the gypsy trap.

For example, Omar Montes, Original Elías and Antonio Carmona's daughter Lucía Fernanda, with whom she plays the hit

A job that has made him position himself as

one of the great producers in Spain

and, without a doubt, one of the highest paid singers on the scene.

In fact, today Chavea happily admits that he

to get on top of

However, his journey there has not been an easy one.

Because since his childhood, the singer has suffered various difficulties that have pressured him to forge a

A very humble area of ​​Madrid, where he befriended figures like Omar Montes ... And despite the fact that Moncho became a

in the neighborhood, he

did not have the same luck at school.

I had to go to a school where I was the only gypsy.

And, unfortunately, I suffered a lot of

... Although I also made friends You know, they

What's more, I made friends and, since they listened to rap, I began to get involved with the subject of music, "says a singer-songwriter who, according to his own words, began to learn percussion at the age of nine, with a trash can.

Already in his teenage years, Moncho decided to

and try to make his way into music with the Chavea Sound. But nothing turned out the way he would have liked. "The group fell apart in time.

My dream was cut short,

because I realized that with the music I was not going to be able to. And I had a bad time, because then

I was sick at home with

. Seven months without leaving a room, "he explains and then speaks, openly, about the complicated work situation that he also had to face.

"I would sell on the street, with a cardboard box, rings and earrings.

The police would come, take my gender off and I would die, because I had to raise three or six euros for

buy milk for my child, "she

According to Chavea, those years were full of painful moments.

managed to get ahead

thanks to two important factors: the need to "save" his family and

he has in God.

"My first child was my motivation. I said 'I have to fight for my son, it is not for me'. And God helped me ...

I am a teetotaler, I do not drink

and do not do bad things and I asked him, in exchange for that , to help me get my family forward. And I think from there He told me 'I'm going to get it for you', "he says.

And what happened then? A Chavea had

that had never been considered: to use his musical talent to

"Maybe they would come and tell me 'one for Antonio and Sara', they would give me 20 euros and I would do it. Julio Iglesias already believed me! And then I started working with my brothers Omar Montes and Original Elías on that subject and, Although many doors were closed to us,

many of those songs started to catch on.

And that's when we started to take the leap and say 'is this just an illusion or can you really make money with these songs?' ", recalls Moncho, who, after that experience, decided to bet on a professional career in music.

Since that time, it has rained a lot and although Chavea no longer makes dedicated songs, he does

with which many people feel identified.

That is why dozens of emerging artists request his services and others, already established, continue to ask him for advice.

In other words, his life has taken a radical turn and today the press classifies him, quite naturally, as "an eminence."

does not lose humility

and ensures that his feet are glued to the ground.

"My way of being has not changed, but

my economic level has.

I think that is the equivalent of your product being sold as it should," he says.

But music is not the only product that Chavea could sell in the near future. Because, according to their own statements, certain production companies are interested in

making a series or a movie about their history.

"As I am an example of overcoming, they have contacted me to represent my life. The idea surpasses me ... But imagine!", He says happily, in addition to revealing

the name of the actor

"Mario Casas would have to be.

We are two drops of water: we have the same back and the same abs. So if you have contact with Mario, please, let him know," he concludes with a laugh, hoping that the protagonist of