An Iraqi meteorologist revealed that the "lost" Chinese missile - called "Long March 5B" - passed over Iraq on Tuesday. The missile lost control of it last Thursday and is currently orbiting the Earth in a low trajectory. 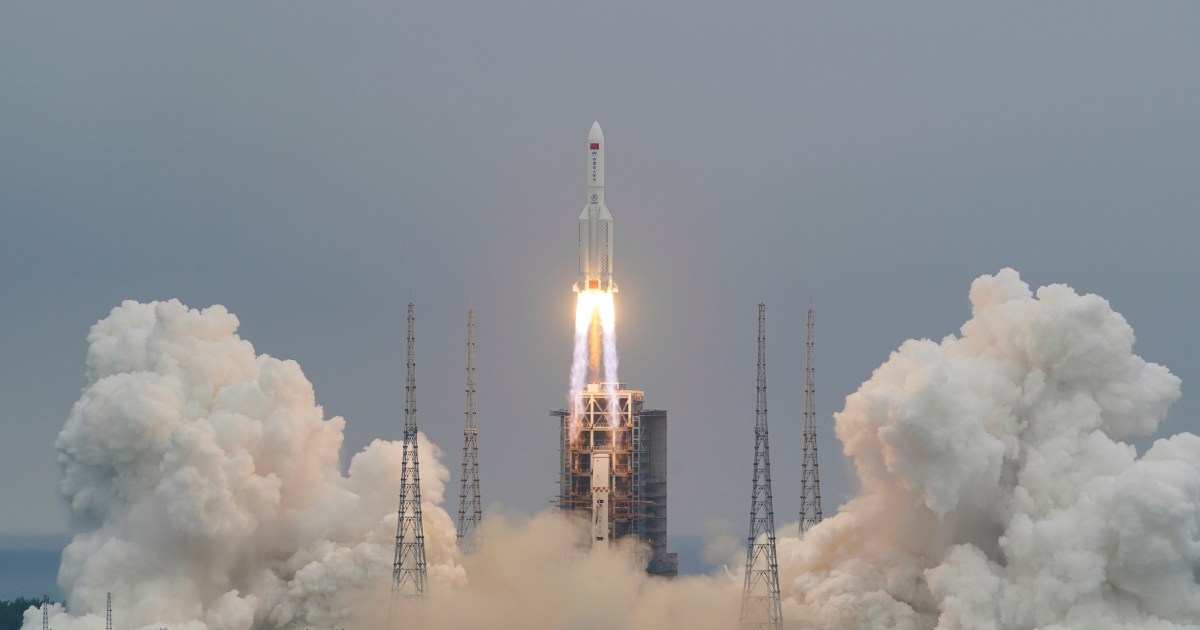 An Iraqi meteorologist revealed that the "lost" Chinese missile - called "Long March 5B" - passed over Iraq on Tuesday.

He mentioned that there are two possibilities for it to fall, the first on the ground completely, or the possibility that it will break apart in contact with the atmosphere and disperse.

He pointed out that scientists are afraid of its full descent, which is 27.6 meters in length and 3.35 meters in width, stressing that its current weight of 21 tons on the surface of the earth will be a burning meteorite that hits the atmosphere, and what increases the risk of the matter is that it is not possible to determine the location or date of the fall.

Weather forecast Sadiq Attiyah revealed, on Tuesday, exciting information about the "lost" Chinese missile that passed over the skies of Iraq today.

Attia said that the missile was sent as a start to a Chinese satellite station since last Thursday, lost its orbit and lost control over it electronically, "indicating that" since Thursday until now it has decreased more 👇 pic.twitter.com/91CkQKhIEZ

This missile is the largest and most powerful Chinese missile, and according to the authorities responsible for it, it is currently orbiting the Earth once every 90 minutes in low Earth orbit, and some ground radars have detected that it wobbles uncontrollably.

China launched the missile last Thursday carrying the "Tianhe" spacecraft, which is the basic unit of the new Chinese space station "CSS" (CSS).

It is estimated that the missile will fall and crash at an unspecified point, and most likely it will be on May 10 in the area between New Zealand and the US state of New York, without being able to determine its exact point of fall.

Experts fear the missile will land in a populated area.