In East Westphalia the patients who are to be vaccinated with the AstraZeneca vaccine run away from a family doctor. The doctor complains that many older people would rather go to the vaccination centers to get Biontech - and thus accept infections from others. 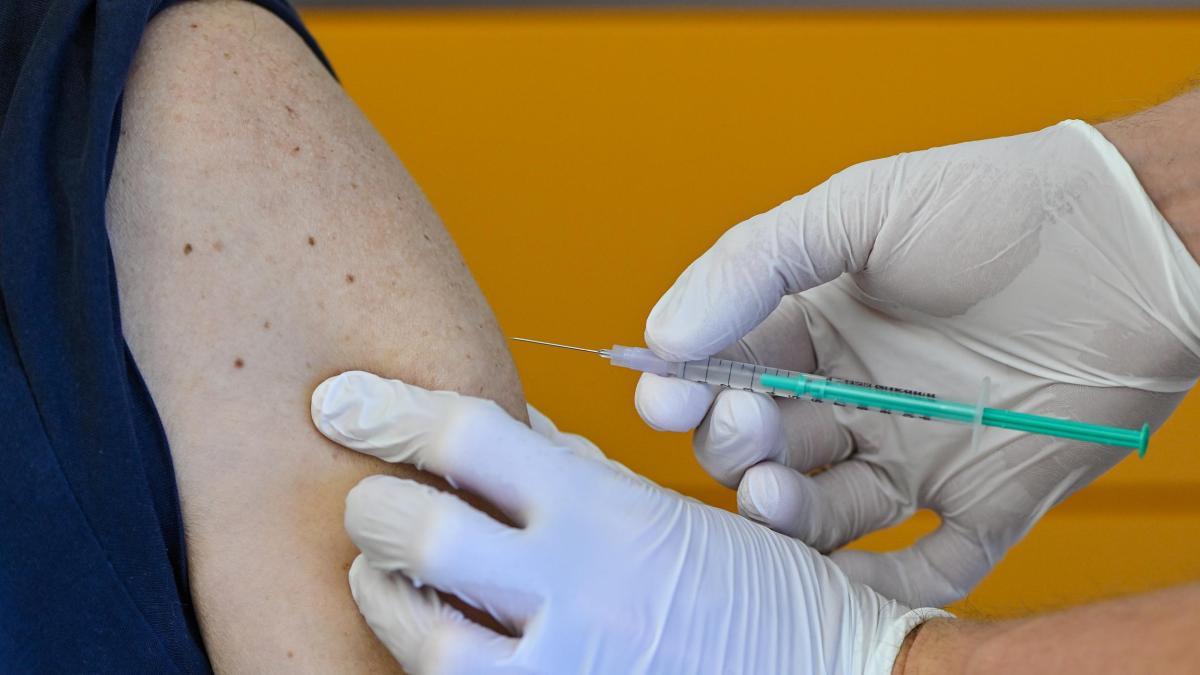 In order not to let the AstraZeneca vaccine expire, a family doctor from East Westphalia chose an unusual route via Ebay. "It would be madness to let the reliable and effective vaccine go to waste," said general practitioner and cardiologist Peter Weitkamp from Kirchlengern to the German press agency on Wednesday. Now he offered vaccination appointments with AstraZeneca for two days on the Internet platform to people over 60 years of age. He has 80 to 90 doses left. The "Neue Westfälische" had previously reported on the doctor. "In the past week two patients left the practice shortly before the vaccination because they did not want to be vaccinated with AstraZeneca," the newspaper quoted the doctor as saying.

“There is enough AstraZeneca vaccine available for those over 60; instead, they take away the Biontech vaccine from the boys and accept that people will continue to be infected and become seriously ill. Whoever is responsible for the regulation is putting people's lives at risk, because the AstraZeneca vaccine is not inoculated. "

Weitkamp criticized the fact that the practices almost only receive AstraZeneca, while the Biontech in demand goes to the vaccination centers.

From a medical point of view, he thinks it is wrong that the Standing Vaccination Commission (Stiko) continues to recommend AstraZeneca only for people over 60 years of age.

There are also numerous under 60-year-olds who want AstraZeneca.

According to the federal-state decision, these younger people then have to turn to the practices alone, in the vaccination centers AstraZeneca is no longer injected into people under 60 years of age.

Many practices are concerned about liability issues, emphasized Weitkamp.

“The state withdraws from liability.

Instead, the doctors in private practice are supposed to be liable, which is a scandal. "

The vaccine is seen as good for people over 60 years of age, but is increasingly problematized and rejected by patients, according to the North Rhine General Practitioners Association.

An Ebay campaign is problematic if money is taken.

"Otherwise, any vaccine that has been inoculated is better than one that is thrown away." Drive-in offers in front of shopping centers could also make sense.

Deliveries to practices are "very slow", complained the association.

“This applies in particular to the Biontech vaccine.” Also from a practice in the Bergisches Land, it was said that Biontech was mainly delivered to the vaccination centers because there had been fewer and fewer visitors there since the general practitioners started the vaccination campaign a month ago.

"Don't play off old against young"

From next week he will give the remaining AstraZeneca stocks to those who have reported on his Ebay offer.

He also injects AstraZeneca to first-time vaccinated people who had already received the preparation several weeks ago and now want to have it again - despite recommendations from Stiko and politicians to the contrary.

The Patient Protection Foundation warned not to “play off old against young”.

That doesn't help in the crisis.

“The main problem is that we don't have enough vaccine.

It's not enough for everyone.

But neither the old nor the young are to blame for this deficiency, ”said CEO Eugen Brysch.