Fisheries was one of the most emotional topics in the Brexit negotiations between the UK and the EU. Have the tough negotiations paid off for the British industry? A site visit. 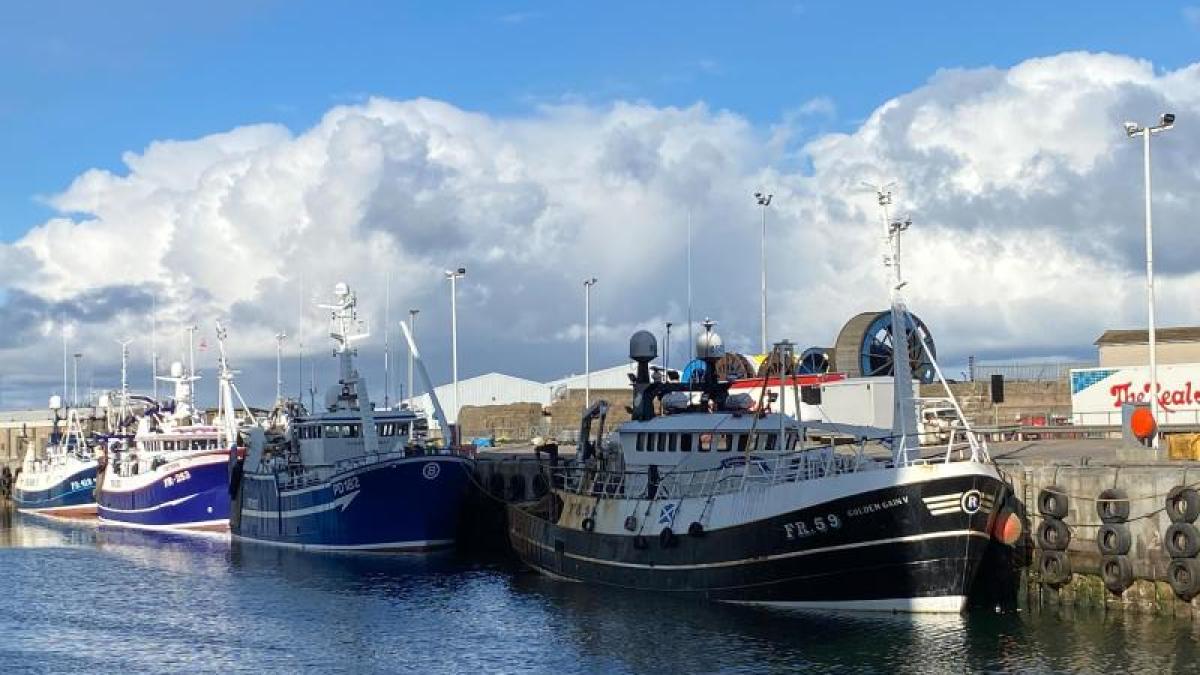 Peterhead (AP) - Anyone who comes to Peterhead at noon will think that the dog is buried here.

Or in this case more likely: the fish.

Apart from the screaming of the seagulls, there is hardly a sound to be heard.

But the silence is deceptive.

If you get up early, you can experience it, the heartbeat of the small town on the Scottish North Sea coast.

At the port there is then a lot of activity, big trucks leave by the dozen.

Peterhead, less than 20,000 inhabitants, a good three hours drive north from Edinburgh, is the largest fish market in Europe.

A modern building has long since replaced the old fish market, with solar panels on the roof.

Marine animals worth 190 million pounds (219 million euros) were traded here in 2020, despite the corona pandemic not so much less than in the record year 2019 (210 million pounds).

But the prospects are bleak - and Brexit is to blame.

It was precisely the fishermen who decided to leave the EU in order to "finally regain access to our waters" and no longer have to share the fishing grounds with their EU colleagues.

But after a good four months in which Great Britain is again an “independent coastal state”, as the government in distant London never tires of emphasizing, the frustration is great.

"The Brexit agreement fell far short of what the industry had hoped for," says Elspeth Macdonald, the head of the Scottish Fisheries Association SFF, the German press agency.

There were tough negotiations between Brussels and London - and in the middle of it all the fisheries.

Although the industry is only a fraction of the UK's economy, the talks almost ended because of the quota dispute.

On the EU side, France in particular put pressure, whose fishermen would otherwise have almost been driven out of the English Channel.

There there were even clashes on the open sea between British and French fishermen, so the dispute raged so bitterly.

Ultimately, it was agreed that the EU would gradually abandon 25 percent of its previous catch quota in British waters in a transition phase of five and a half years until 2026, based on the value of the fish.

Observers viewed the agreement as a major concession by London.

After months of practice, SFF boss Macdonald says: The observers were right.

"The government has made promises to industry that it has not kept."

Small businesses in particular felt the consequences. There are many of them, especially in Peterhead, specializing in cod, for example. "2026 is very far away," says Macdonald. "And it's a very long period of time that the UK has to live with a very bad solution." With trucks and tons of rotten fish, Scottish fishermen drove up to Westminster in protest in London's government district. They didn't make a lasting impression there. The Tory MP Jacob Rees-Mogg, known for a certain eccentricity, emphasized in parliament: “It is crucial that we have our fish back. It's British fish now. And with it better and happier fish. "

In addition, because Great Britain is a third country without membership in the internal market and customs union, tariffs and other barriers such as health certificates make it more difficult to trade in fresh goods such as fish.

The just-in-time supply chains, especially for Scottish traders, get mixed up when trading with the EU.

Ronald is standing at the pier and is pissed off.

Perhaps it is a good thing that the fisherman speaks English with a thick Scottish accent - then his many swear words are not so easy to understand.

"Everything is going down the drain here," the older man complains.

The landings have become much less since Brexit, and his sons have long since sold their boat.

Especially in the weeks after the deadline, Peterhead was significantly emptier than usual. The head of the Scottish Association of Food and Beverage Merchants, James Withers, tweeted pictures from inside the market hall - "Europe's largest fish market in Peterhead is like a ghost town" he wrote.

For Fischer Ronald it is clear where the culprits are.

"For Johnson we were just a pawn in the negotiations," he complains of the British prime minister.

So it is a good thing that a new parliament will be elected in Scotland this Thursday (May 6th), one might think.

The vote is a test of the mood for independence, the ruling party SNP will push ahead with a second referendum if there is a corresponding majority - the first in 2014 was won by supporters of the union with Great Britain.

But no, even the SNP does not trust Ronald to turn around.

"On the contrary, all they do is raise our taxes even further," he claims.

"The fishermen are tired of politics," says Macdonald, head of the association.

The majority is against independence.

Because the SNP wants to lead the country back into the EU.

And then, so Macdonald fears, the chance at their own fishing grounds, without competition from the EU, will be wasted.

UK Government on the 2019 fishing year

Peterhead Harbor to the Fish Market

Scottish government on Brexit consequences for fisheries, end of December 2020