Regional elections in Madrid: the right to regain power

Widely favorite in the Spanish capital, a bastion it has led for more than 25 years, the right wants to believe that this regional election, which is held on Tuesday, will mark the beginning of a return to business ... 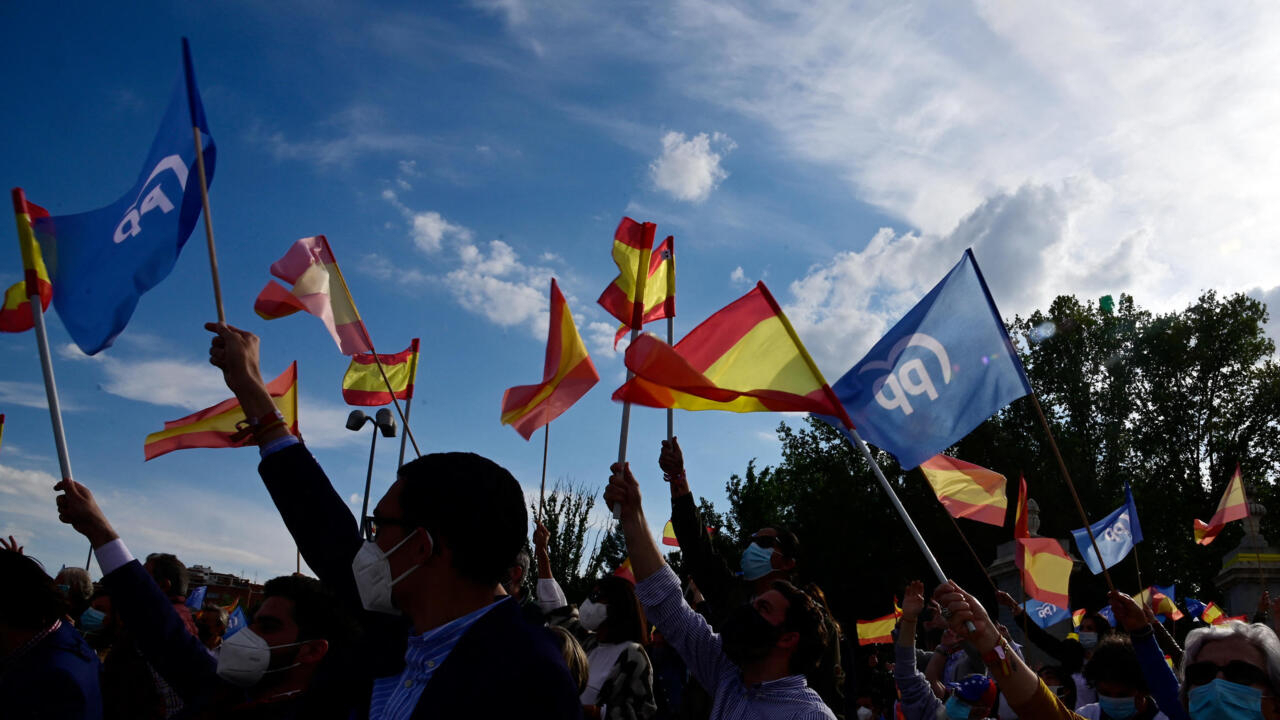 It is an election of national scope which is being prepared in the richest region of Spain.

Five million voters are called on Tuesday, May 4, to elect the Assembly of the Madrid region, a ballot that the Spanish right, widely favorite in a stronghold that it has ruled for more than a quarter of a century, sees it as a decisive step in its reconquest of power.

According to the polls, the Socialist Party of Prime Minister Pedro Sánchez, winner of the previous regional election in May 2019 but which had failed to gather an absolute majority, could suffer a sharp decline and record its worst result in the region, the most important politically.

This will be the first election in Madrid since the start, in March 2020, of the Covid-19 crisis, which had hit hard the capital of Spain, one of the most bereaved countries in Europe. .

With some 15,000 deaths out of a total of 78,000 for the whole of Spain, nearly 700,000 cases out of a total of 3.5 million and around 45% of beds in intensive care units occupied by Covid patients, Madrid presents the worst record of the country's 17 regions.

As health in Spain falls within the exclusive competence of the regions, the left first wanted to make this situation the axis of its campaign against the outgoing right-wing president of the region, Isabel Díaz Ayuso, 42 years old.

Despite government pressure, Isabel Díaz Ayuso, a hard-line supporter in the face of power, has always refused to impose overly strict restrictions against the pandemic in order to protect businesses, especially bars, restaurants and the theaters, which remained open.

Coalition with the far right

But she ignored these criticisms and counterattacked on the theme of "freedom", that of going for a drink, going to a restaurant or even going to the theater.

The argument seems to have borne, since the polls attribute to the list of the Popular Party (PP, conservative right) of Isabel Díaz Ayuso some 40% of the votes, against just over 22% two years ago, and practically twice more seats than in 2019.

Not enough to govern alone, but enough to form a coalition if necessary with Vox, a far-right party.

Governing with the far right would not be "the end of the world", she said.

The Socialists brandished this scarecrow and its possible entry into the government of the region, but in vain, according to the polls.

Because according to trends, the Socialist Party would fall to around 20%, against more than 27% in 2019, and could lose ten seats.

The only chance of the left lies, according to analysts, in a massive mobilization of the last hour.

"From the Puerta del Sol (seat of the regional government) to the Moncloa palace (seat of the Prime Minister)!", Launched Sunday evening the national leader of the PP, Pablo Casado, during the last meeting of the campaign of his party, confirming that this regional election was, in his eyes, a step on the way back to power.

The PP lost power in 2018 following a corruption case and the next general elections in Spain are scheduled for 2023.

Even if a defeat in this regional election would not call into question his retention in power, Pedro Sánchez, who was on the front line during the campaign, risks coming out weakened, especially if it is a rout.

The more so as the partner of the Socialists within the minority coalition which governs Spain, the radical left party Podemos, is also in difficulties, although its leader, Pablo Iglesias, has left the government to campaign in Madrid. .

The 5.1 million voters must elect 136 deputies.

Strict health measures have been put in place to protect voters and assessors against the coronavirus.

Authorities have asked people with or who may be infected with Covid-19 to vote between 7 p.m. and 8 p.m., but this is not a requirement.