Mexico City, bridge collapses as the metro passes: dozens of dead and injured

12. The incident occurred at 10.30 pm local time yesterday at Olivos station, in the south of the Mexican capital. 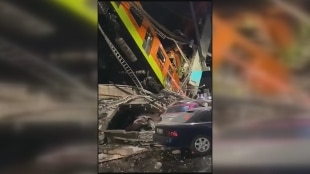 May 04, 2021 At least 13 people died and another 70 were injured when a bridge collapsed when a line 12 metro train passed. The accident occurred at 10.30 pm local time yesterday at Olivos station, in south of the Mexican capital. The mayor of Mexico City, Claudia Sheinbaum, announced on Twitter that she is on her way to the place where a bridge of the elevated subway collapsed. "Firefighters and civil defense are work, we will give you an update shortly," he wrote. The incident occurred around 10.30pm local time, on line 12. Videos posted on websites and social media showed train carriages suspended in mid-air while ambulance sirens sound nearby.A video published by Milenio TV shows the moment of the collapse with the bridge collapsing on the cars that were passing underneath.