Chinese rocket falls back to earth

The heavy rocket launched the first part of China's space station. A rocket stage is now falling out of control back to Earth, experts warn. It is uncertain where debris will come down. 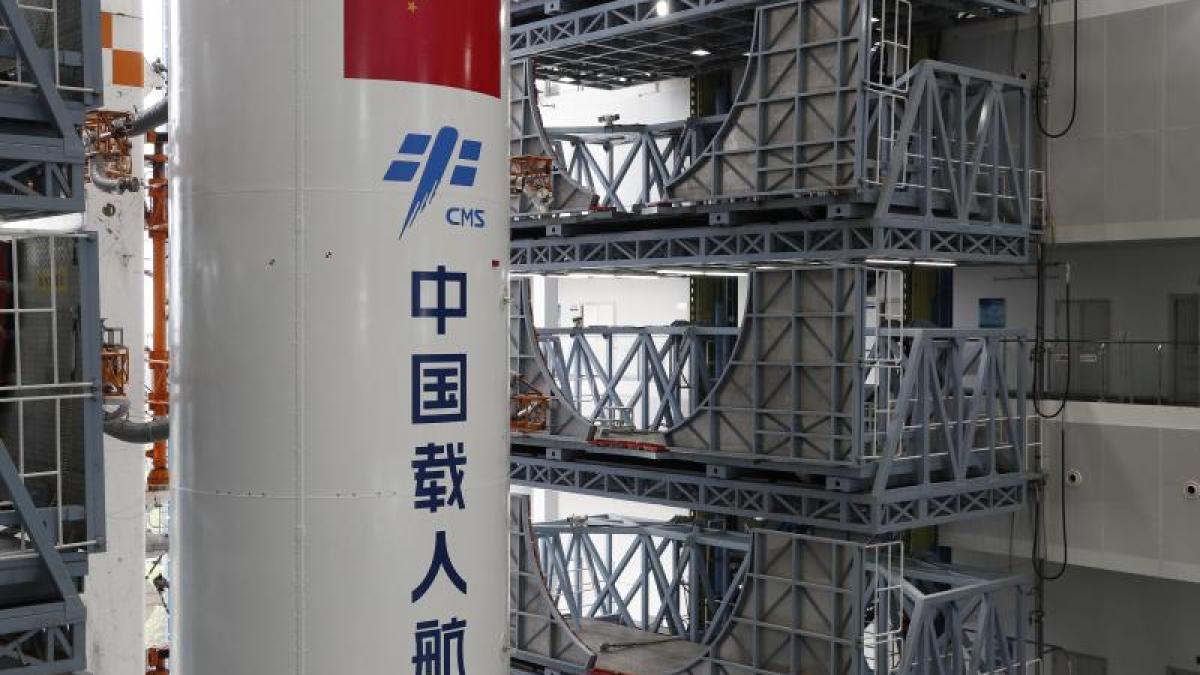 Beijing (dpa) - Debris from a launch vehicle used for the construction of China's new space station threatens to fall to earth in the next few days.

Space experts warned of an "uncontrolled" re-entry of a 20-ton part into the earth's atmosphere.

The rocket had launched the 22-ton core module “Tianhe” (Heavenly Harmony) into space on Thursday.

The young space nation began building its own space station

The reason for the uncontrolled re-entry is the design of the rocket of the "Long March 5B" type.

The main part could not be controlled and had no trajectory to fall into the sea at a predetermined point.

"We don't know where," said astrophysicist Jonathan McDowell from the Harvard-Smithsonian Center for Astrophysics in Cambridge, Massachusetts, to the German press agency in Beijing on Tuesday.

"In the worst case, it will be like the crash of a small plane, but spread over hundreds of kilometers."

It is uncertain how many fragments will be left after re-entry.

"But enough to cause damage."

Since the main rocket stage orbits around the earth about every 90 minutes, it is uncertain when and where exactly it will enter the atmosphere and partially burn up there, it said. "The most likely event is that debris that survives the intense heat of reentry falls into the sea or on uninhabited areas - but there is a risk of damage to people or property," wrote expert Andrew Jones on spacenews .com.

Just six days after the first flight of the particularly stable type "Long March 5B" in May 2020, rubble fell in the West African Ivory Coast and damaged several houses in villages.

It was the largest piece to fall to Earth since the US Skylab space laboratory in 1979.

The American space agency NASA had described the process as "very dangerous" at the time.

The rocket stage had flown over the United States shortly before.

"After the Skylab re-entry, everyone else decided that something like this should be avoided," said the expert.

Other countries made sure that the majority of their missiles did not stay in orbit, but were brought into a trajectory so that they could fall into the sea in a targeted manner.

"With the Long March 5B, China did not pursue any of these approaches," said McDowell.

It was built in such a way that about a week later, due to the force of attraction, it re-entered the earth's atmosphere at an “arbitrary place”.

"The design is negligent compared to current standards in other countries."

Further launches of the “Langer Marsch 5B” are planned for the construction of the new space station.

Two more modules are to be brought into space and added to.

The station should be completed “around 2022” and then be called “Tiangong” (Heavenly Palace).

If the technically obsolete international space station ISS ceases its service as planned in the coming years, China would then be the only nation with a permanent outpost in space.