ANALYSIS: The fatal accident could have been avoided

The horrific fatal accident of the night in Mexico could have been avoided. It has long been known that the metro in Mexico City needs to be refurbished. The accident therefore does not come like a bolt from the blue. The big question is whether the authorities will now carry out a thorough review of the mismanagement and free up financial resources for necessary investments. 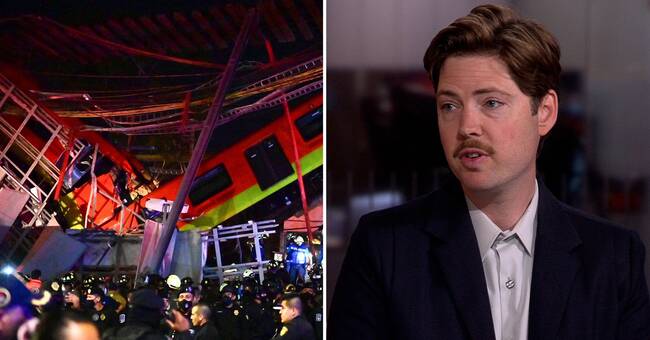 I do not know how many times friends and acquaintances in the Mexican capital have complained about the shortcomings of the city's subway network.

The list can go on: worn-out carriages, repairs that do not get rid of, stations that fall into disrepair.

The fear of subway accidents is constantly present and as recently as last year, one person was killed when two subway trains collided.

At least 20 people died in the accident

This time the accident became much more serious.

Shortly after 10 pm on Monday evening local time, a vehicle drove into one of the pillars that kept the subway tracks up.

A subway car broke in the middle and crashed across the busy road.

At least 20 people are reported dead and the number is unfortunately expected to rise further.

Mexico City is a giant city with over 20 million inhabitants.

The metro, which was inaugurated in 1969, is the cornerstone of the city's public transport and with just over 1.6 billion journeys per year, it is ranked as one of the world's ten most used.

But despite its size, the metro network is insufficient.

And transport has become a clear class issue - people with higher incomes drive while the poorer sections of the city's population are crammed into overcrowded subway cars.

The subway was damaged by an earthquake

Today's fatal accident affected metro line 12, which was inaugurated in 2012. It is the newest line in the metro network and was intended to be the beginning of the modernization of the city's public transport.

But instead, line 12 has been fraught with scandals since day one.

The line was built by a company belonging to Mexico's richest man Carlos Slim, but the construction was criticized early on because it was about 50 percent more expensive than planned.

Large sections of the population quickly concluded that this was a dubious procurement with extensive corruption.

Traffic on line 12 has over the years been forced to be stopped on several occasions due to safety deficiencies.

In connection with the strong earthquake that shook Mexico in 2017, extensive damage was reported to the metro line's infrastructure.

Mexican media now report that people who live near the accident site have for a long time warned of cracks in the pillars that keep the subway tracks up.

Nevertheless, those in power have not done what is necessary to remedy the problems.

All indications are that the accident on subway line 12 in Mexico City could have been avoided.

Corruption is not only a moral and economic problem but actually costs lives.

It shows the deadly subway accident in Mexico with painful clarity.