African culture: the meetings in May

In digital or face-to-face form, where will the key meetings of African culture take place in May? Here are 17 proposals. And do not hesitate to send us your "essentials" to the address ... 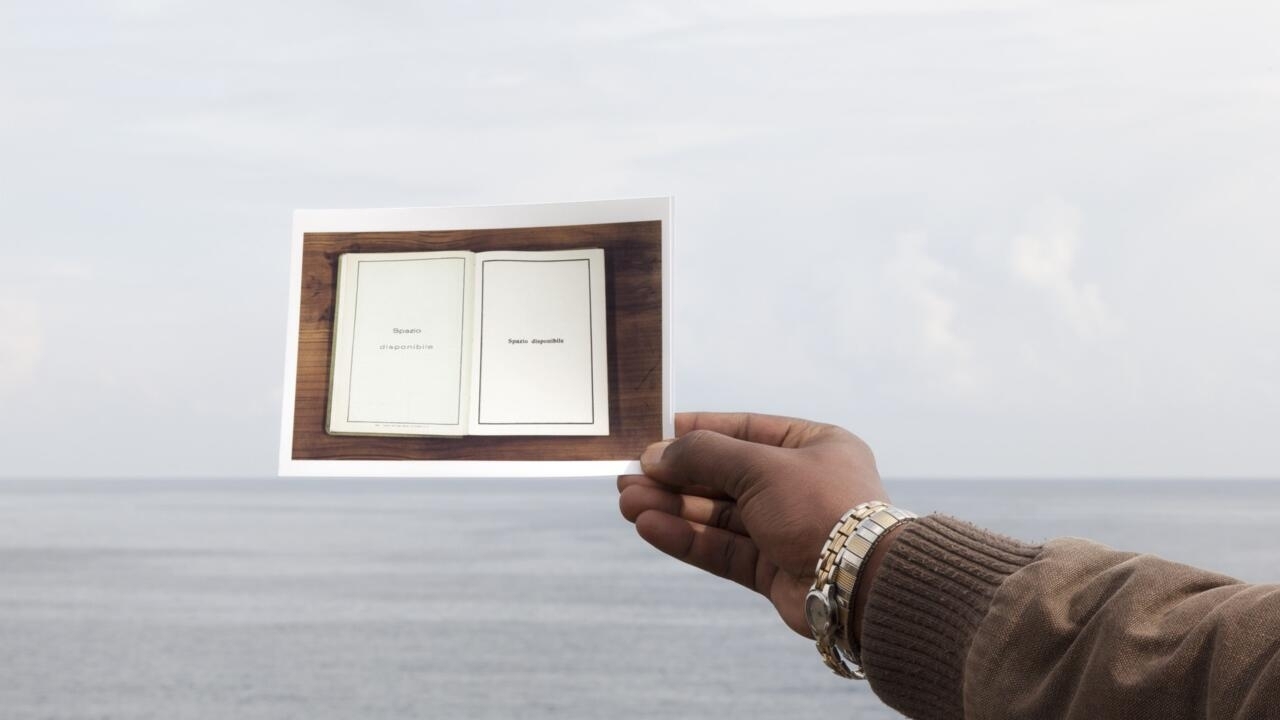 African culture: the meetings in May

In digital or face-to-face form, where will the key meetings of African culture take place in May?

And don't hesitate to send us your “must-haves” to rfipageculture@yahoo.fr.

Born in Asmara, Eritrea, Dawit L. Petros lives and works in New York. From May 5 to 14, in a Viewing Room on the occasion of the Frieze New York fair, the Tiwani Contemporary gallery is exhibiting a new set of his works highlighting the unexplored links between colonization, migration and modernism. In

” -, Petros explores the historical gaps in European memory, in particular that of of modern Italy. It starts with collected archives attesting to the Italian presence in Ethiopia and Eritrea and reflects on the lingering effects of colonial memory.

At the National Museum of Fine Arts in Algiers, an exhibition is being held until May 28, showing the links between the art of Arabic calligraphy, miniatures and illuminations.

This event in the capital of Algeria highlights this Islamic art in Algeria through creations by great artists such as Mohamed Cherifi, Tahar Boukerouui, Mohamed Bahri, Abderezzak Mezouane or the brothers Omar and Mohamed Racim.

La Grande Vitrine, a young photographic art gallery in Arles, France, has inaugurated a cycle of exhibitions dedicated to the African photographic scene.

, from Polo Free, born in Cameroon, and the series

, by Darios Tossou, born in Benin.

”. An installation and an exhibition as part of the Africa 2020 Season to investigate the genealogies of the radical black imagination in the French-speaking world.

Montévidéo, La cômerie and the Pernod Ricard Foundation in Marseille are welcoming from May 13 to July 23 a flagship place of contemporary Central African creation, Les Ateliers Sahm. Founded in 2012 in Brazzaville, Les Ateliers exhibit in Marseille under the theme “Reinventing the world… at the dawn of crossings”, paintings, photographs and installations by thirteen young artists from several Central African countries. In addition, there will also be dancers, choreographers, writers and slamers.

After a public exhibition from May 14 in Paris, a major sale of works from Africa and modern and contemporary art will take place on May 19. Piasa gives "

an overview of nearly a century of African creation, while decompartmentalizing African art by putting the continent more in dialogue with its diasporas

". Among the sales are, for example, the work of artists from the School of Dakar, Ivorian Frédéric Bruly Bouabré, Malian photographer Seydou Keïta, but also paintings by two major African-American artists: Beauford Delaney, great American post-war painter, and Kehinde Wiley, a rising figure in painting across the Atlantic.

The Melbye-Konan gallery in Hamburg presents from May 14 to July 14 the first Ivorian artists. In particular,

first Ivorian artist to graduate from the School of Fine Arts in Paris, in 1967

”. The exhibition also organizes a dialogue with artists of the young generation such as Yéanzi, Serges Aboua, Belen or Vivian Timothy and also evokes the current discourse around colonization. A point of view "

at the same time African, of the diaspora and German

Thanks to the extension of the event and the reopening of museums in France from May 19, the exhibition

The Power of My Hands.

, will be visible until August 22 at the Museum of Modern Art of the city of Paris (MAM).

As part of the Africa 2020 Season, curators Suzana Sousa (Angola) and Odile Burluraux bring together works by sixteen women artists from several English-speaking and Portuguese-speaking African countries, or from the diaspora.

. It lit the heart of the past

takes place from May 20 to September 19 at the Frac Provence-Alpes-Côte d'Azur, in Marseille. As part of the Focus Women of the Africa 2020 Season, this monographic exhibition attempts a visual writing of Algerian history. The practice of the Franco-Algerian director is nourished both by historical facts and her plastic and poetic imagination.

On May 22, the grand opening of the Paris Stock Exchange, transformed by architect Tadao Ando, ​​is finally scheduled.

Located in the heart of the French capital, this new flagship institution of contemporary art will host over 6,800 square meters some of the 10,000 pieces from the collection of billionaire and patron François Pinault.

It remains to be seen what place will be given to the works of African artists.

In Douala, Annie Kadji Art Gallery aims to be the main platform for visual arts in the Africa-Central sub-region.

As part of the

at the Institut des cultures d'Islam (ICI), the visual and sound tour

the urban space to meet the inhabitants of the Barbès-Château Rouge district of the French capital.

A stroll to discover via the SoundWays smartphone application.

The Cameroonian artists of the Kapsiki Circle thus put the spotlight on the musicality of the languages ​​spoken in this district shaped by exchanges with the African continent.

In Morocco, the Macaal presents until July 25

A selection of artists from the small and very creative port city of Essaouira, from the Fondation Alliances and Fundaci

On May 27, the official selection of the 2021 Cannes Film Festival will be announced, postponed to July (from 6 to 17) and whose feature films jury will be chaired by African-American filmmaker Spike Lee. In 2020, the documentary

, by Congolese filmmaker Dieudo Hamadi, was one of three African films (and the first film from the DRC in the official selection in the history of the Festival) which proudly carried the label "Cannes 2020 ”awarded to 56 films. Since 1975 and the

Chronicle of the Years of Ember

by Algerian Mohammed Lakhdar-Hamina, we are still waiting for the second Palme d'Or won by an African filmmaker. In 2019, with

, the Franco-Senegalese Mati Diop became the first female filmmaker of African origin to win the Grand Prix at Cannes.

From May 27 to 30, Menart Fair (Middle East / North Africa) in Paris presents itself as the “

Twenty-two galleries from 13 countries, including Galerie 38 in Morocco and Galerie Elmarsa in Tunisia.

From May 28 to June 6, the Tarifa-Tangier African Film Festival (FCAT) welcomes you with Sudan as a guest country and presents Sudanese films from 1960 to the present day.

Also on the bill:

From May 31 to June 5, the Aubagne International Film Festival will take place.

Always dedicated to music and cinema, there awaits you, among other things, a feature film in competition not to be missed:

Thank you to all the artists and professionals for their proposals.

You too can send us your “