The EU has taken on the mammoth task of creating the conditions for a European vaccination certificate. If that succeeds on June 1st, it will be a masterpiece. How far is Brussels and what still has to happen? The most important facts in the WELT-Check. 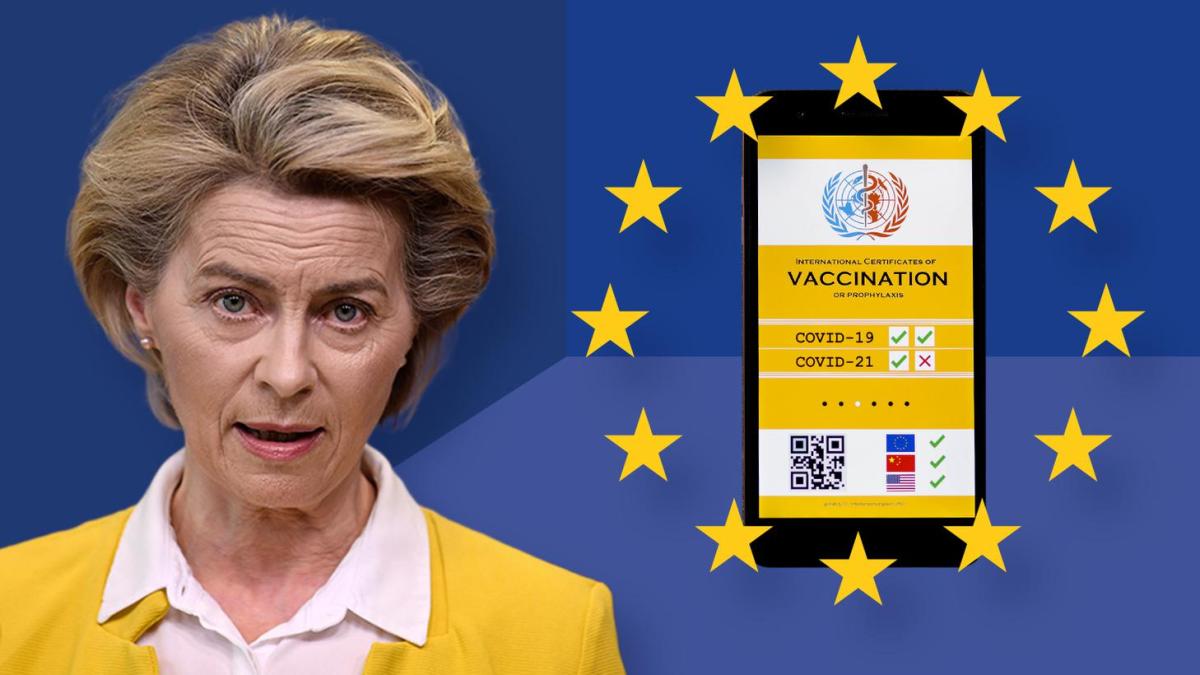 The EU Parliament wants to vote on the European vaccination certificate on Thursday.

This document is intended to enable easier travel from the summer onwards.

It could be a milestone in returning to ancient freedoms.

After the vaccination chaos, the EU is facing another practical test.

WELT answers the most important questions.

When can I go on vacation to other EU countries again without any problems?

The European free ticket with the official name "Digital Green Certificate" is to be valid from June 1st.

Until then, Brussels wants to create the technical and legal prerequisites for this.

"The new instrument should enable Europeans to travel this summer safely and with as few restrictions as possible," said Didier Reynders, the EU Justice Commissioner in charge, to WELT.

However, it is to be expected that by June 1st, many EU countries will not be able to offer the EU vaccination certificate because the technical requirements are not yet in place.

Germany in particular is currently giving Brussels a headache due to the slow digitization.

According to the plan, the EU vaccination certificate should be available to every EU citizen by the end of June.

It is still unclear whether the activation will take place in all countries at the same time.

If the June date should be ripped off - which is quite possible - vacation chaos in Europe is likely to break out.

Then each country does what it wants and the disgruntled consumers lose their perspective.

What has to happen before the official go-ahead?

First: After the vote in parliament, the members of parliament have to agree on a common position with the EU countries and the European Commission in a so-called trialogue.

Second: Deutsche Telekom and SAP are currently working on setting up the technical infrastructure for the EU Commission.

Both companies had already constructed the EU platform, through which 17 corona warning apps from the member states are connected to one another.

Now the concrete task is to set up an interface (EU gateway) set up by Brussels, which should enable the exchange of electronic signature keys so that the authenticity of the digital vaccination certificates can be checked throughout the EU.

It is important here: Personal data should not be forwarded, as they are not necessary for the verification of the document.

EU Commissioner Reynders is now putting pressure on: "The Commission is working on a common interface so that all national certificate systems are compatible with one another."

It is now necessary for all EU institutions to work together to introduce the vaccination certificate in record time.

"The time factor is very important and we have to ensure implementation by summer," says Reynders.

In parallel to the EU Commission, every country is working on creating the technical requirements for the vaccination certificate at home.

The federal government has commissioned IBM, the software company Ubrich, the IT cooperative Govdigital and the IT service provider Bechtle to do this.

The individual national programs are then linked to one another via the interface of the EU Commission.

50 million euros are available for construction and development at EU level.

What is still being argued about?

It is still unclear between the Commission and Parliament whether each country can decide for itself whether to accept vaccines such as Sputnik V or Sinovac on the certificate that have not yet been approved by the European medical agency EMA.

In addition, the MPs demand that corona tests should be free everywhere.

The EU Commission, however, wants to leave the decision on prices to the member states.

The European Parliament is also against the fact that, according to the Commission's proposal, a member state should be able to decide for itself whether it still requires testing or even quarantine despite submitting a vaccination certificate.

Even the name of the new document is still being wrestled between the MPs and the Commission authorities.

The brawlers are likely to come to an agreement in the course of the coming month.

Everyone knows: time is of the essence.

Do I really need a smartphone?

The certificate with a personalized QR code should also be available on paper.

All the necessary data can then be called up using the QR code on the smartphone or on paper.

In addition, this code should contain a digital signature to make the evidence forgery-proof.

What is the difference between the EU vaccination certificate and the national corona vaccination pass?

The national vaccination passport, which is supposed to apply as a “green passport” in Austria from May 19, for example, will only be a temporary solution and will then actually be included in the EU vaccination certificate.

The national passport initially only allows residents certain freedom in their own country.

But if you want to travel to other European countries without any problems, you need a valid European vaccination certificate.

Two things are particularly important in this context: Those who do not have an EU vaccination certificate can still travel.

He then only has to adhere to the respective test and quarantine regulations when entering and leaving the country.

And: If, for example, a German travels to Spain or Austria in the summer, he has exactly the same rights there as Spaniards and Austrians.

Each country determines for itself which rights and facilities this will then be.

What information is saved?

Information about the vaccination (vaccination date, vaccine, vaccination center), survived corona infections and current negative test results are stored in the native language of the respective country plus English.

The EU Commission emphasizes that this would also prevent discrimination against non-vaccinated people when traveling.

How do you get the new EU document?

It should be issued at the vaccination in the hospital, in the test center or, if possible, by the respective family doctor.

Each institution has its own digital signature key, which is linked to the respective national data platform.

It is still unclear whether the millions of people who have already been vaccinated will have to apply for the EU vaccination certificate themselves in June or whether it will be sent automatically by the health authorities.

At this point, a certain chaos threatens in many countries anyway because of the many late registrations.

In any case, the document will be free of charge.