C1: Paris SG-City, meet on the peaks Paris (AFP) Sublimated by Kylian Mbappé, less crumbly than before, Paris SG finally seems accustomed to the rarefied air of the summits before a dizzying duel against Manchester City on Wednesday (9 p.m.) in the semi-final first leg of the Champions League, a new Everest to conquer for reach a second final in a row. It's spring, the superb lawn of the Parc des Princes and the lights are perfectl 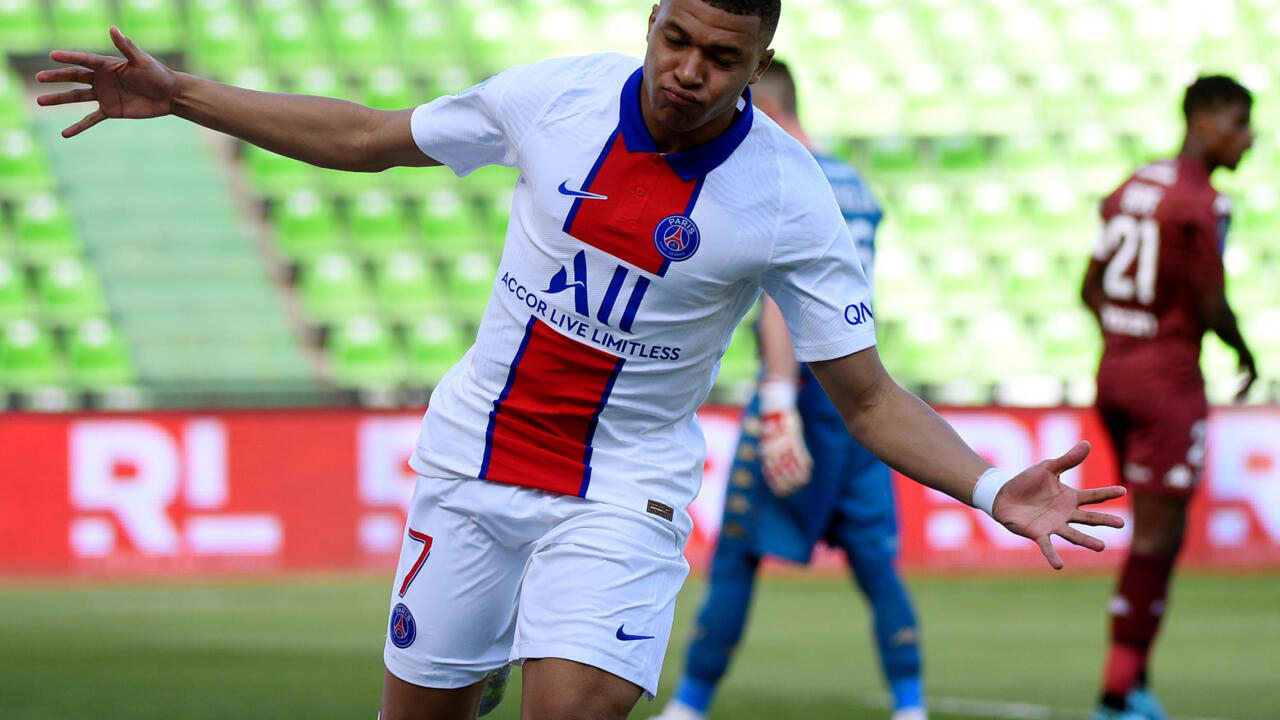 Sublimated by Kylian Mbappé, less crumbly than before, Paris SG finally seems accustomed to the rarefied air of the summits before a dizzying duel against Manchester City on Wednesday (9 p.m.) in the semi-final first leg of the Champions League, a new Everest to conquer for reach a second final in a row.

It's spring, the superb lawn of the Parc des Princes and the lights are perfectly green.

The injured return, captain Marquinhos has resumed training, Marco Verratti is cured of a second Covid, Neymar is there and Mbappé is walking on the water, with seven goals in six matches, including three doubled, the last in Metz (3-1), Saturday.

On the bench, Mauricio Pochettino diffuses a communicative calm, which has helped his players overcome the obstacles Barcelona (4-1, 1-1) and Bayern Munich (3-2, 0-1) in previous rounds.

"We are calm, confident, prepared in the best way", summarizes "Poche".

For almost a month, the only game he has not won, the quarter-final second leg against Munich, is perhaps the one that made the club the happiest, since it was worth the ticket to the semi-finals. .

Otherwise, the Parisians have chained the victories in Ligue 1, to stay in 2nd place and continue the title race with Lille (1st) and Monaco (3rd).

They also managed a walk in the Coupe de France against Angers (5-0), to add to their march another last square (semi-final on May 12 in Montpellier).

- City also obsessed with the C1 -

Unlike Chelsea, Real Madrid and Manchester City, PSG is also the only institution on the board not to have gone astray in the very ephemeral Super League: it would make a fine "moral" winner of the Cup with big ears. ..

But City are also "determined to go far, we are much better," warns Riyad Mahrez, and, like Paris, swears by the victory in C1 after which he has been chasing for years.

Will the fact of having passed the quarter-finals for the first time since the arrival of the Catalan be the trigger?

The fine management of the workforce and players finally evolving in unison allowed the Citizens to cross without damage the injuries of leaders like Kevin de Bruyne, back last Sunday to win the League Cup (1-0 against Tottenham ).

The choices of Guardiola, so often criticized in his failed European meetings, will be scrutinized.

They should adapt a little to the very swift profiles of the Parisian attack.

"They have everything", hi Guardiola speaking of the Parisians, "there is no good way to defend against them. The best way to minimize their impact is to impose your game"

But with a defense that has kept its clean sheet in 29 of its 53 appearances to date, City have the arguments in all sectors to believe in their dream.

This meeting with history is also one with geopolitics.

This rivalry between neighbors of the Gulf is more electric than that of the "sportsmen" Guardiola and Pochettino.

"Pep" leads clearly, 10 wins to 3 in 18 confrontations on the bench, but "Poche" has won some crucial ones, notably a Barcelona derby in La Liga for his technical debut at Espanyol (2009), and the quarterfinal Champions League 2019 final between Tottenham and City (1-0, 3-4).

For this duel of two years ago, the Spurs of Pochettino had been lucky, but the superstitious Parisians want it to extend a little for their coach.

And then with its remonstrances and its decisive players injured, PSG has had its dose of scoumoune in recent years.

Mbappé was on one leg last year for the Final 8, but this time he is on springs ...