Nomura, UBS: Archegos scandal continues to shake global finance Tokyo (AFP) Heavier than expected losses for the Japanese Nomura, and a surprise impact on the Swiss UBS: the resounding rout of the New York investment fund Archegos at the end of March continues to make waves in global finance. The Japanese financial group Nomura announced on Tuesday that it had recorded an exceptional loss of 2.3 billion dollars (about 1.9 billion euros) in its accounts in it 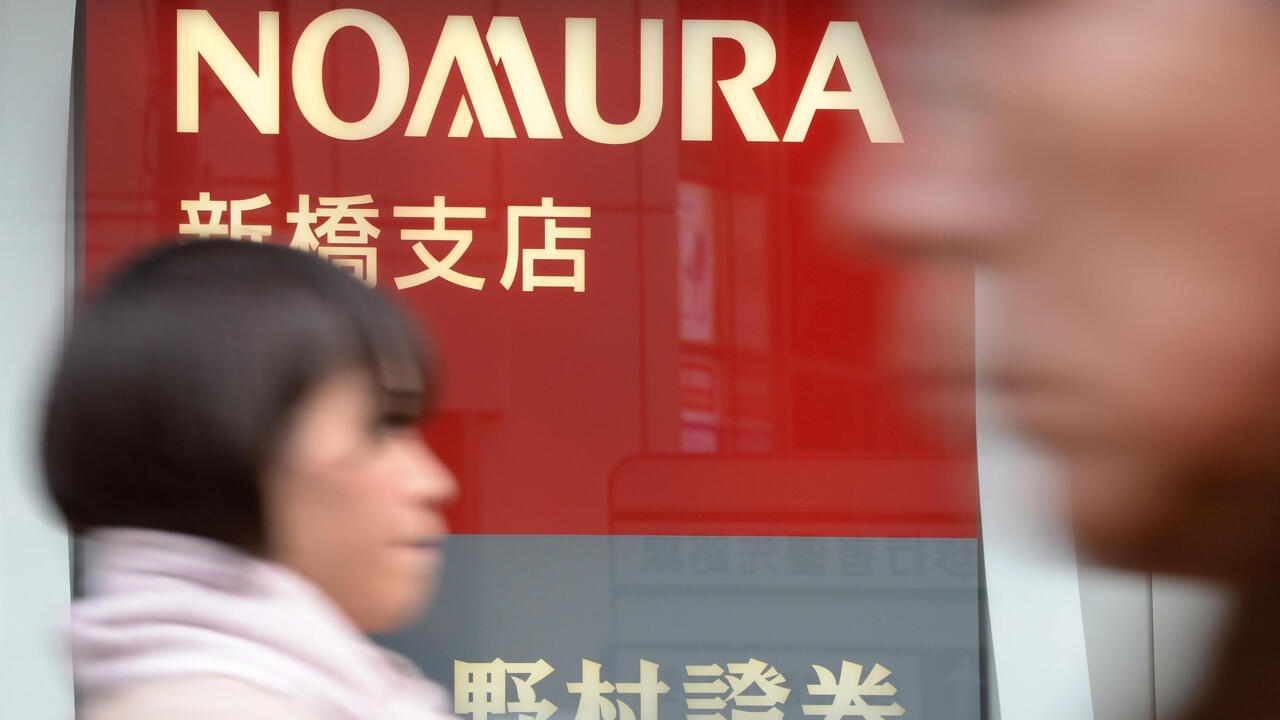 Heavier than expected losses for the Japanese Nomura, and a surprise impact on the Swiss UBS: the resounding rout of the New York investment fund Archegos at the end of March continues to make waves in global finance.

The Japanese financial group Nomura announced on Tuesday that it had recorded an exceptional loss of 2.3 billion dollars (about 1.9 billion euros) in its accounts in its last quarter of 2020/21, ended March 31, according to a statement.

Nomura, who never names Archegos, speaking for an "American client", estimated this impact at $ 2 billion at the end of March.

Another bad surprise, the group said on Tuesday to expect an additional impact of around 570 million dollars (472 million euros) in its 2021/22 fiscal year.

But he claims to have now liquidated 97% of his positions linked to his "American client".

As a result of these setbacks, Nomura suffered a net loss of 155.4 billion yen (1.2 billion euros) in the last quarter of its past fiscal year (from January to the end of March).

Nomura assured that he took this matter "very seriously".

The group announced Monday the appointment of a co-managing director to strengthen the management of its subsidiary overseeing its activities in the United States, Nomura Holding America: Christopher Willcox, a seasoned banker who worked with JP Morgan Asset Management and Citigroup before.

In addition, according to sources interviewed by the Financial Times, Nomura would have suspended indefinitely the head of his brokerage unit which dealt with Archegos.

The Japanese group is one of the great victims known to date of the debacle at the end of March of this New York investment fund managing the fortune of its founder, the South Korean billionaire Bill Hwang.

The size of the losses at Nomura show "the magnitude of the concentration of risk" within this company, tackled analyst Shunsaku Sato of the financial rating agency Moody's in a note Tuesday in a note.

Mr. Sato, however, considered "solid" the financial situation of Nomura.

Credit Suisse last week announced a charge of 4.4 billion Swiss francs (4 billion euros) on its accounts to cover damage from the implosion of Archegos, which sent its bottom line into the red in the first quarter of 2021.

The other major Swiss investment bank, UBS, on Tuesday announced a loss of 774 million dollars (642 million euros) linked to Archegos.

UBS said it ended in April liquidating its positions associated with Archegos, which should lead to some additional but minimal losses in its second quarter.

Nomura ended Tuesday up more than 2% in Tokyo, but had released its results after the close.

Via derivatives, Archegos had his intermediaries buy shares on the stock market in his place.

The net return on holding these securities went to the fund, while its brokers received a pre-determined premium.

But as Archegos had secretly multiplied such agreements, its brokers were unaware of the total exposure of the fund.

At the end of March, when the value of shares to which Archegos was exposed fell sharply, its various intermediaries asked it to absorb the losses via margin calls.

But the fund was unable to do so, triggering crash sales by its brokers in an attempt to limit their losses.

Besides Nomura, two other Japanese financial institutions are affected by this case, but on a much smaller scale.