Bicycle traffic: Bicycle lobby and municipalities hope for a turnaround

A lot should improve on German roads for cyclists by 2030. This is what the federal government has made and wants to take money into hand for it. 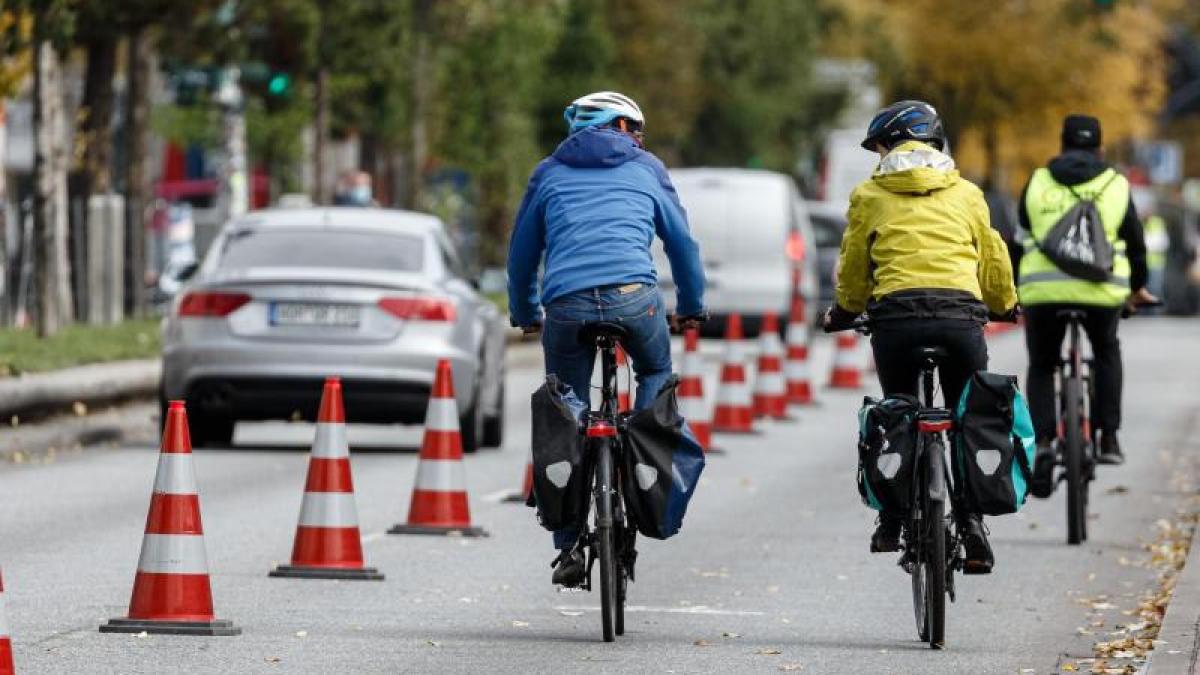 Hamburg (dpa) - The bicycle lobby and the municipalities see great opportunities for a traffic policy trend reversal in favor of cycling.

They are hoping for a tailwind from the federal government, which had drawn up a national cycle traffic plan last week.

It contains recommendations for action and strategies to promote cycling in rural and urban areas by 2030 and to develop the Federal Republic of Germany into a “bicycle country” by the end of the decade.

Federal Transport Minister Andreas Scheuer wants to present details on Tuesday at a congress in Hamburg.

After the plan was approved, the CSU politician announced that the federal government would invest around 1.46 billion euros in cycling by 2023.

The financial support for cycling by the federal, state and local governments should be based on around 30 euros per person per year, twice as much as in 2020.

The special payments made available by the federal government since the end of January for the expansion of the cycling infrastructure are, according to Scheuer, in high demand from federal states and municipalities. "Around 150 kilometers of new cycle paths and 1790 new bicycle parking spaces were requested in the first three months," the minister told the newspapers of the Funke media group. "79 million euros in financial aid from the special program have already been committed, and the next applications from the federal states are already being examined." Among the 144 measures that have already been approved, in addition to new cycle paths and bicycle parking spaces, 17 cycle path bridges or cycle path underpasses, it is said.

The managing director of the German Association of Towns and Municipalities (DStGB), Gerd Landsberg, says that many municipalities have been promoting cycling for years and are thus making a contribution to climate protection.

“With the additional funds for the promotion of cycling, there is an opportunity to turn the trend for cycling in all municipalities.

We now need to use this momentum. "

The board of directors of the General German Bicycle Club (ADFC), Ludger Koopmann, emphasizes in a joint communication with the DStGB that the Federal Ministry of Transport is now also financing municipal cycling infrastructure for the first time.

"So far, the implementation of many cycle path plans has also failed because of the money - that's over now."

Cycle paths have to be safe, comfortable and seamless so that more people than before can use the bike for their daily trips.

The cycle traffic plan provides for more rapid cycle connections by the end of the 2020s, more consideration for cargo bikes and an expansion of bicycle parking spaces.

In addition, the paths for bicycles and cars should be planned as separately as possible.

The plan is intended to help people in Germany to cycle a good 180 journeys per year by 2030 instead of an average of 120 journeys.

That would correspond to an increase from an average distance of 3.7 kilometers to six kilometers.

Cyclists should be safer on the road: Compared to 2019, the number of cyclists killed in traffic is expected to decrease by 40 percent.

In order to develop the plan, citizens were able to contribute more than 2000 ideas.